Key to the seals binding both gates to the Academy of Raya Lucaria.

A glintstone key will remember its user, meaning once used it can never be passed on to another. The academy does not welcome the indolent.

Where to find Academy Glintstone Key in Elden Ring

You can find two of this key. Video Location

1. Location: Liurnia of the Lakes, south from Crystalline Woods site of grace, behind Glintstone Dragon Smarag. See it on the map here

2. Location: Raya Lucaria Academy, looted off a corpse located on a chandelier hanging on the Church of the Cuckoo's ceiling. To reach the ceiling, you can start from the Debate Parlor Site of Grace. Head out the door right in front of you and up the slope/destroyed staircase on your left. 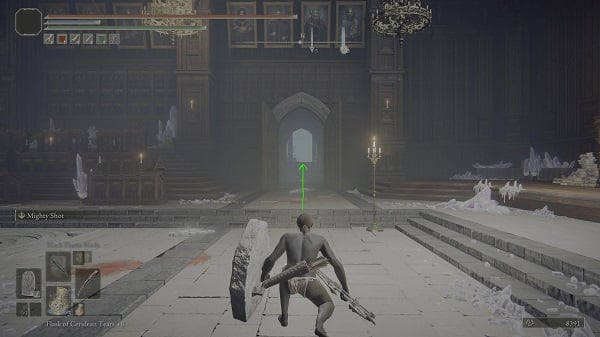 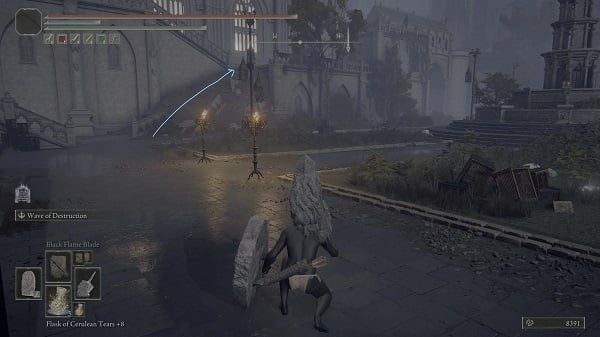 Continue on and, just before the shortcut where the 2 sorcerers are standing, turn left to face some stairs, then jump over the railing to reach them. 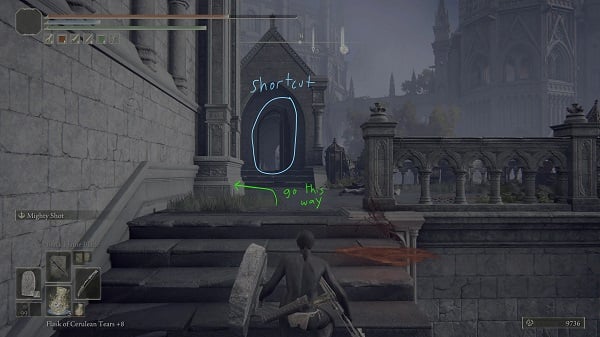 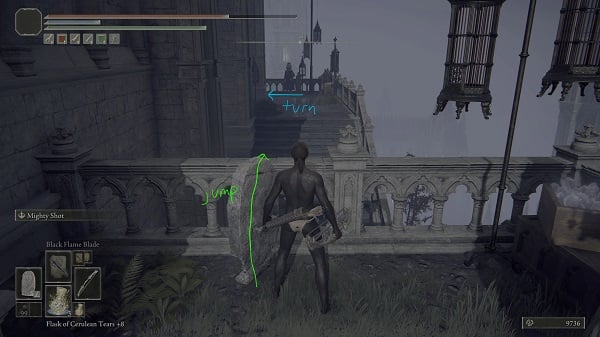 Walk to the top of the stairs and turn left, jumping down again onto a rooftop. 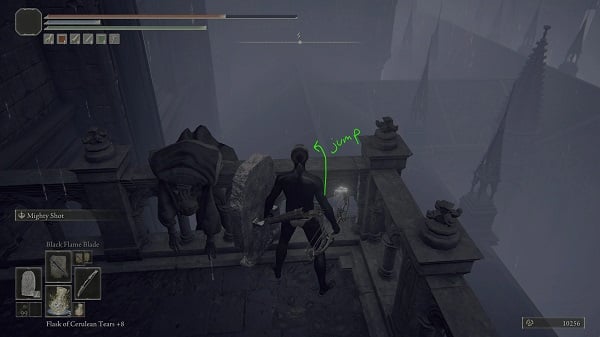 If you continue on over the rooftops, until you find a ladder. 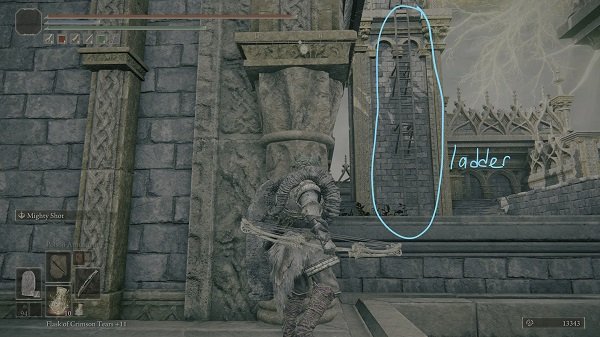 Climb up the ladder and you'll reach a pathway guarded by a Glinstone Sorcerer at the end. Defeat him, then pass around the building on the right-hand side. 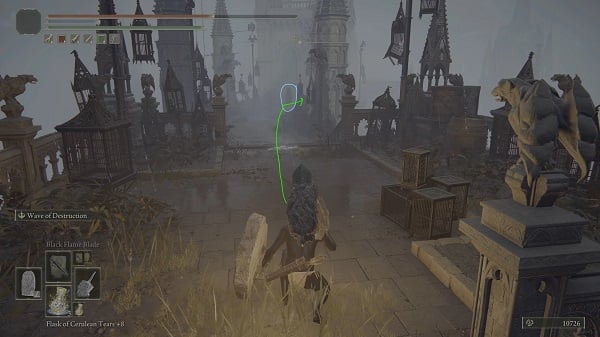 Following the ledge along the right of the building, if you look down, you'll see another rooftop that you can jump down to. 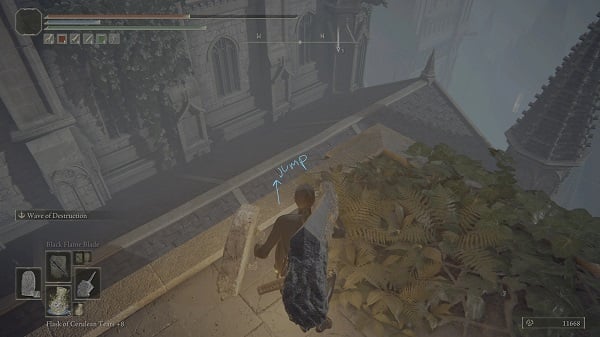 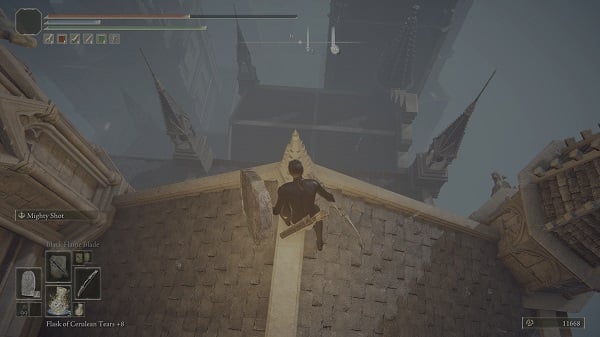 Once you've gotten down onto the second one, turn left (going West), and confirm you see an enemy with its back to a building. This is where you want to end up -- so to get here, you'll have to drop down two more levels. 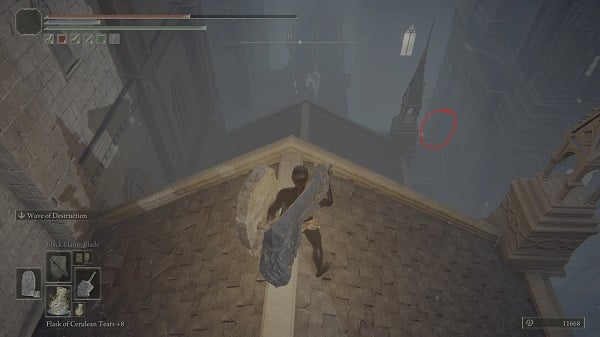 Reach the enemy's location, and after defeating him, look down on the left side (so to it's right)  to where there is a small ledge (not a rooftop!) for you to jump down to. 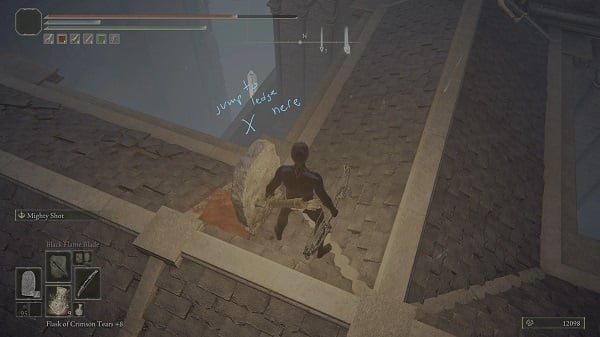 After jumping down onto the ledge, you should see a relatively large cathedral in front of you. You'll notice an enemy walks along its sloped roof, patrolling. Along the roof are several windows. One of these is open, which will allow you to gain access into the building. Proceed along the ledge, then jump to the roof where the enemy is. 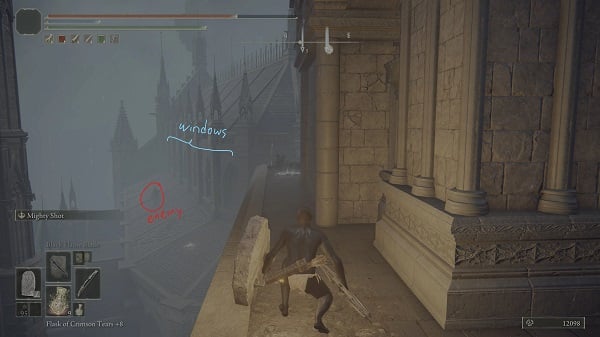 Walk along the roof until you reach the first open window. Jump over it and you'll land on some rafters. Looking to your lower left, you'll see chandeliers hanging from the rafters. The first one (closest to you), will have  corpose on it, with some loot. 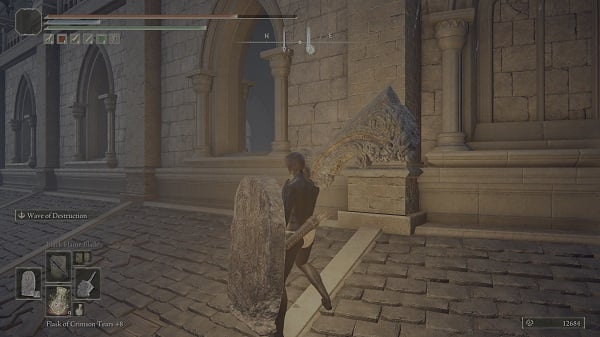 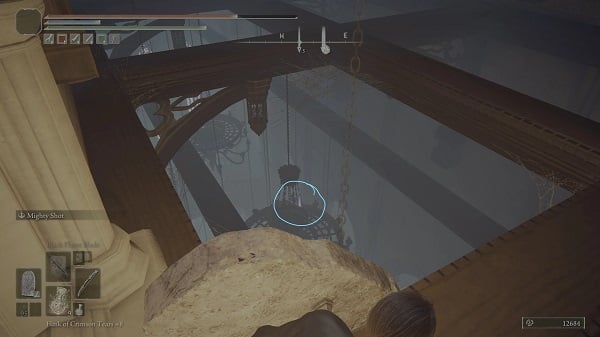 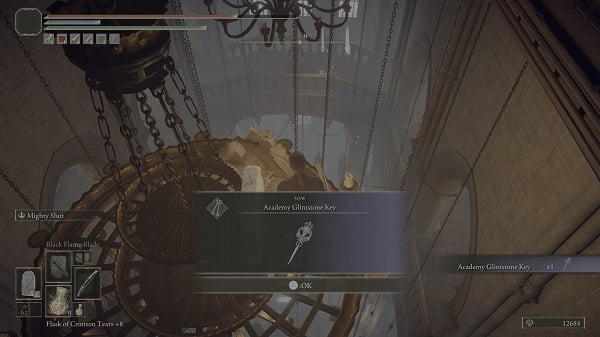