Ancestor Spirit is a Great Enemy Boss in Elden Ring. This animated carcass of a deer-like creature is encountered in the Hallowhorn Grounds found in Siofra River. This is an optional boss, as players don't need to defeat it in order to advance in Elden Ring.

Ancestor Spirit is found in an isolated arena accessible from Siofra River. To access it, you must light all eight obelisks by the stairs to the Hallowhorn Grounds east of the Siofra River Bank Site of Grace. When you've done so, the deer carcass at the back of the temple will glow and you can interact with it to teleport just outside the boss's arena. Walk through the fog gate to fight the boss. 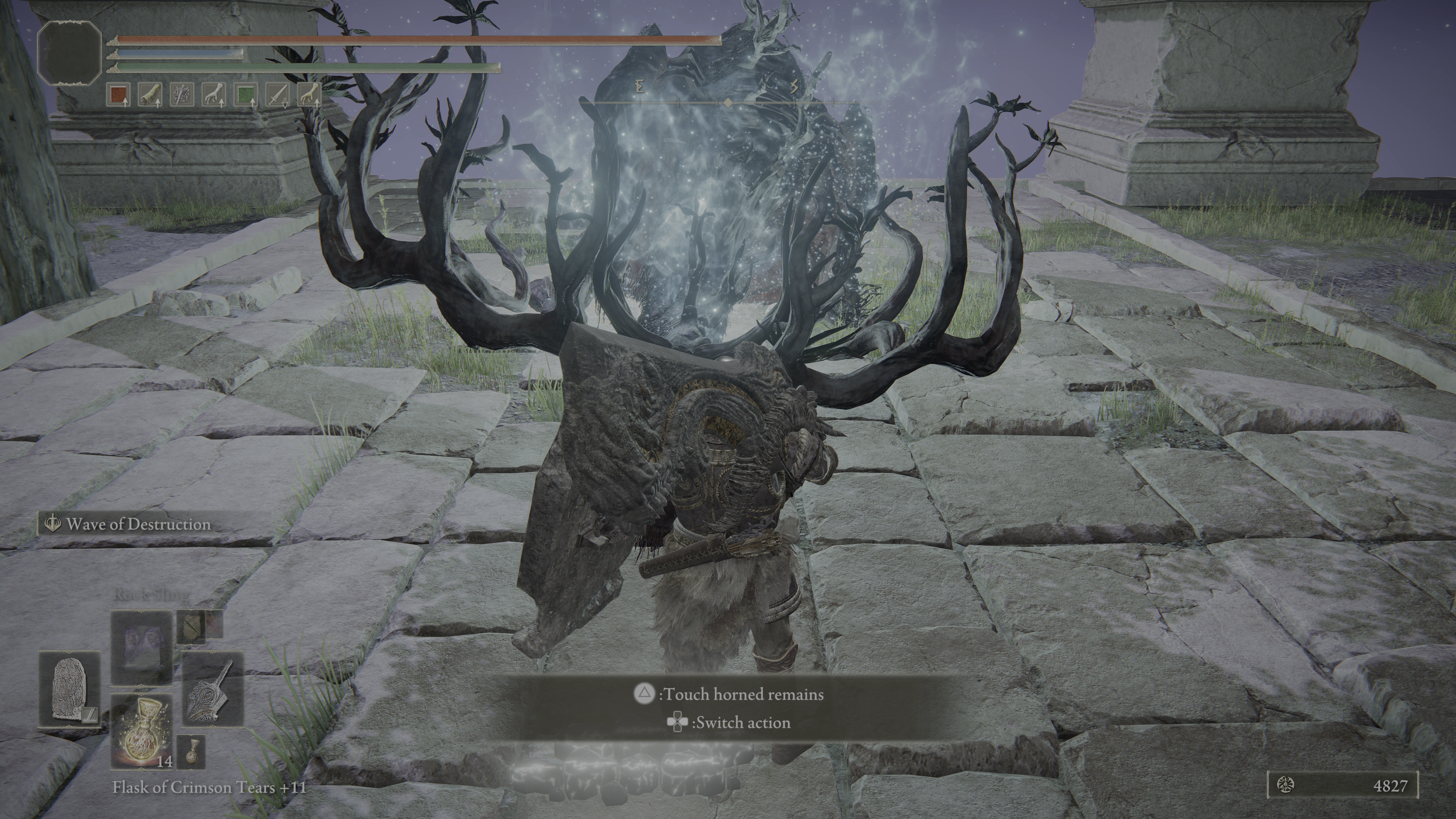 The Best Tips for Ancestor Spirit:

Legging It: Don't lock onto the Ancestor Spirit. Instead, aim for its legs and try to stay underneath it or towards its back legs. Attack its back legs to try to bait out Kick or its front legs to try to bait out Hoof Stomp, then punish those attacks. Stay patient, and avoid getting in unnecessary hits; there are plenty of changes to do damage safely.

Keep a moderate distance from the boss and you should have plenty of opportunities to get off shots. Roll back whenever it starts a combo with Antler Swing, then back up while you shoot it. You'll have plenty of time for hits during Spirit Vapor attacks and in the recovery for moves like Prancing Drop.