The Beast Clergyman is found in Crumbling Farum Azula and is greatly implied to be Gurranq, as he recognises you and changes his dialogue if you have given Gurranq all 9 Deathroot. Despite this, defeating this boss does not result in Gurranq's death (and has no effect on your progress with his quest) and vice-versa. A possible explanation for this is that Crumbling Farum Azula exists outside of time.

This is NOT an optional boss as players MUST defeat it to reach an endgame area in Elden Ring. Although the Beast Clergyman is quite large and may seem sluggish at first glance, he is far from it and you should be mindful of his high mobility and quick attacks. After taking him down to 50-55% HP, a cutscene plays and you'll be faced off against Maliketh, the Black Blade. There are several Items and strategies for the fight against Maliketh that do not apply to the Beast Clergyman's fight, so make sure to be prepared for him as well.

The Beast Clergyman guards Destined Death, to prevent any from stealing it again. He attacks with his dagger, moving quite swiftly for his size. He also uses Bestial Incantations to fling rocks or fire off devastating shockwaves.

Beast Clergyman can be found at the end stage of Crumbling Farum Azula. [Map Link] 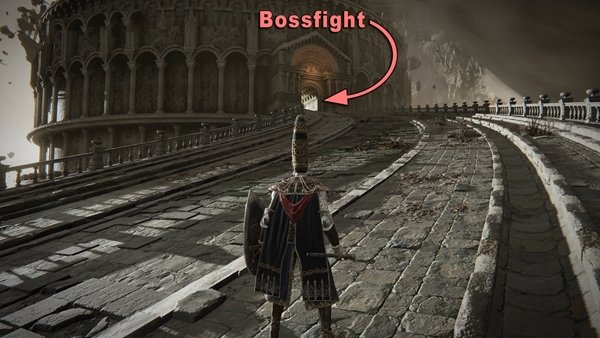 Once roughly half of Beast Clergyman's health has been depleted, a cutscene will play and the battle with Maliketh, the Black Blade will begin.

The resistance numbers are the buildup amount to trigger it. For example, if a resistance is 100 you must deal 100 points of whatever aux buildup to trigger it. Note that these go down over time, and increase each time the effect procs. Poise regenerates after 6 seconds without any hits or upon a poise break.

The Best Tips for Beast Clergyman:

A safe way to get through the first phase is to hug one of the pillars. This will block most of the Beast Clergyman's attacks. He has one attack that is relatively safe to punish: You want to wait until he sticks his knife into the ground and then drags it across the screen from left to right. You can punish this with a jumping attack and then quickly return to circling the pillar. It can take a while to deal damage to him this way, but is a safe way to get through phase one.

This attack is easier to see coming if you circle anti-clockwise. Sometimes the lock-on will break, so try and reapply it when safe. Be careful not to stand too close to the pillar, as some of his attacks may still cause damage through it.

The Beast Clergyman uses many fast and rapid attacks at close range, maintain your distance and use spells that don't have long charge ups for this fight. Move around the pillars to use them as cover against the ranged rock throwing attacks when using flasks but try to watch out for the Beast Claw attack during this time as this attack will ignore the pillar.

It is possible to use the gap in the door to keep yourself safe from the boss while repeatedly hitting them until the fight ends.

(If not all Deathroot has been given to Gurranq): Thou, who approacheth Destined Death. I will not have it stolen from me again.

(If all 9 Deathroot has been given to Gurranq): Tarnished. Why wouldst thou... Why... Tis no matter. I hereby vow, that Destined Death shall not be stolen again

(During transformation cutscene): O, Death. Become my blade, once more.

(If not all Deathroot has been given to Gurranq): Witless Tarnished... Why covet Destined Death? To kill what?

(If all 9 Deathroot has been given to Gurranq): Forgive me, Marika... The Golden Order... cannot be restored. 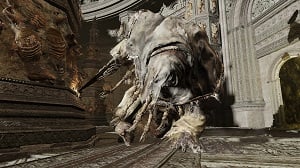 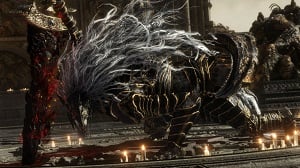 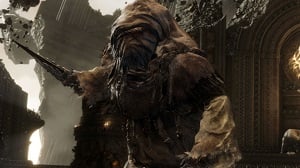