Blaidd is an NPC in Elden Ring. Blaidd is a half man, half wolf, found howling in the Mistwood Ruins. He's the trusted companion and guardian of Ranni the Witch. Blaidd can be also be found as an NPC Summon, if conditions are right.

Kalé sent you, did he? Ever the bloody busybody. Hmm. Maybe to him, you don't seem so strange.
The name's Blaidd. I'm looking for a man who goes by "Darriwil."

Blaidd can be found initially at Mistwood Ruins, but must be found as part of his quest. 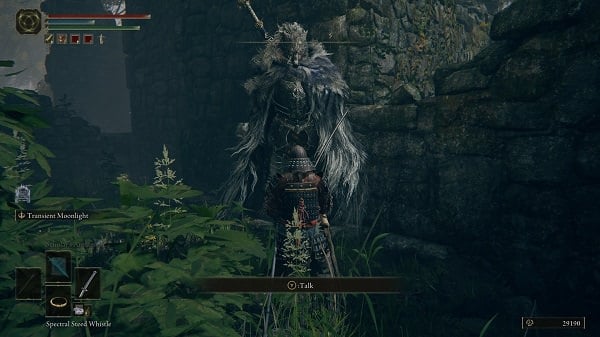 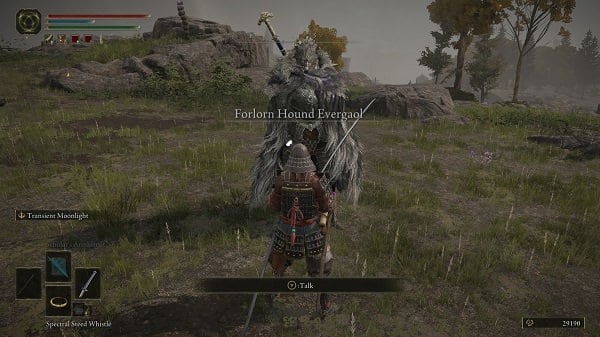 Attacking him at Mistwood Ruins

When killed at Mistwood Ruins

As a summon in the Forlorn Hound Evergaol

In spectral form, after meeting Ranni at Ranni’s Rise

Upon meeting him at Siofra River

After speaking with Seluvis but not yet with Sellen

Second meeting at Siofra River, after talking to Sorceress Sellen

At Redmane Castle before the festival of Radahn begins

Before fighting a hostile Blaidd, outside the tower of Ranni’s Rise