Cleanrot Knights are tall warriors clad in golden armor with distinct tufts of decorative crimson fur. They wield a thrusting sword, alongside a spear or a scythe and are found as bosses in multiple locations. The Cleanrot Knights are serve Malenia, Blade of Miquella, and fought with her against General Radahn's army during the Shattering. They remain loyal to her despite knowing that they will eventually succumb to the scarlet rot.

This is an optional boss, as players don't need to defeat it in order to advance in Elden Ring. However, doing so yields useful Items and Runes. Their most significant attacks are greatly telegraphed and have long windups - use this to your advantage to get some hits in and possibly land critical hits. Beware of the range and size of the AOEs of their attacks, especially if you find yourself fighting against them in a small room. They drop the Winged Sword Insignia, Cleanrot Knight's Sword, or Gold Scarab depending on which one was defeated.

Lesser Cleanrot Knight is the normal enemy form of this boss.

The Cleanrot Knights vowed to fight alongside Malenia, despite the inevitable, if gradual, putrefaction of their flesh. Their acceptance of their fate made these battles fiercest of all.

Cleanrot Knight is a Field Boss found inside the Stillwater Cave in southern Liurnia of the Lakes.

The Best Tips for Cleanrot Knight:

The most dangerous move in the Cleanrot Knight's repertoire is their Impale attack. They can use this attack from quite a good distance and it happens very quickly, dealing massive amounts of damage and inflicting Scarlet Rot. However, being a spear thrust move, the attack has a very narrow hitbox and can be avoided by dodging sideways. Melee players should beware of attacking the knight too constantly as they can shove you, kicking you out of your combo and rendering you vulnerable to attacks. This is signified by the knight crossing its weapons to block your attacks. After a few hits, the knight's spear will glow gold and they will shove you to interrupt your attacks.

Try to rotate around them, and bait their attacks and then backstab. Many of the attacks have long animations allowing you to get behind and backstab if you are close by.

If you encounter the Cleanrot Knights at the Abandoned Cave, there will be two of them. The first one is similar to the one at Stillwater Cave, wielding a spear and a sword, the other one wields a sickle. The one with the sickle is the one focused on doing the ranged attacks, so it is recommended that you take out the long ranged Knight first, you can use a spirit summon to make the fight easier and to distract either one of them.

Magic and Ranged users should not underestimate the knight's range. Their spear attacks are very good gap closers and they can quickly pummel you to death with their sword. The impale move is especially dangerous for lighter-armored players. If it connects, it will take out a very large chunk of your health. Consider using spirit summons and take potshots at the knight while they are distracted.

If you encounter the Cleanrot Knights at the Abandoned Cave, it is recommended that you take out the one with the sickle first, spirit ashes are always helpful in a duo boss situation. 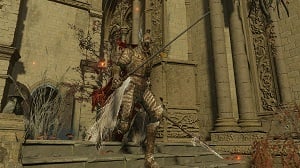 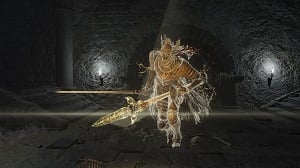 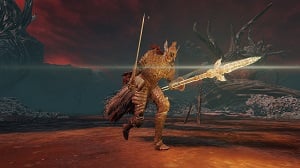 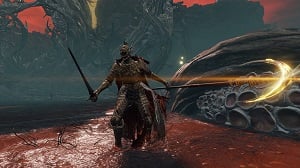 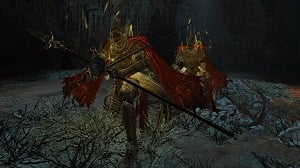 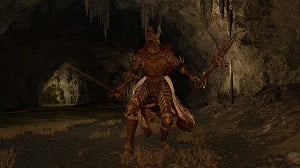