Legendary ashen remains.
Use to summon the spirit of the Cleanrot Knight Finlay.

Finlay was one of the few survivors of the Battle of Aeonia, who in an unimaginable act of heroism carried the slumbering demigod Malenia all the way back to the Haligtree. She managed the feat alone, fending off all manner of foes along the way.

In Elphael, Brace of the Haligtree, start at the Prayer Room site of grace. Go through the northern door and and continue in that direction, fighting past several enemies, until you reach a small stairway leading up. 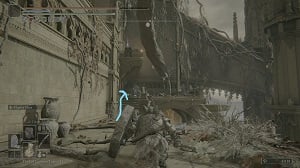 After going up the stairway and defeating the enemies, look right (east), and peer down to see a sort of archway. Further north of the archway, you should see a gazebo. (The room with the chest will be near the gazebo.) 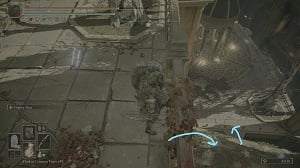 Jump down onto the archway, then face north again and jump to reach the area where the gazebo is. Once in the center of the gazebo, face west, and you'll see a room with a Cleanrot Knight. -- this is the room with the chest in it. 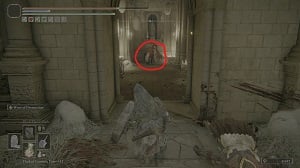