Coastal Cave is a Location in Elden Ring. The Coastal Cave is found in Western Limgrave, on the southern portion of the western beach. This cave leads to the Church of Dragon Communion location. 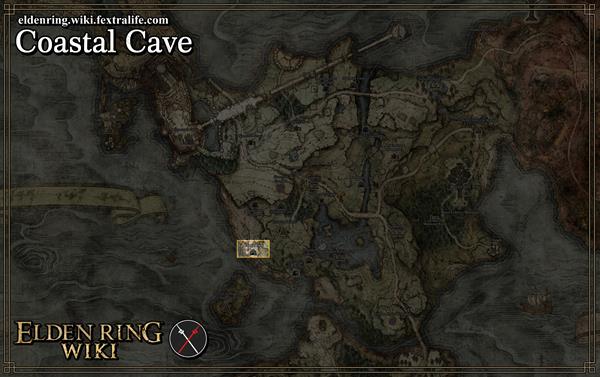 If you were following the walkthrough, you should have the Torch that you can buy from Merchant Kale. You will need the Torch here since this cave is dark inside. If you haven't purchased the item, fast travel back to the Church of Elleh site. Similar to the Groveside Cave, this is a small area to explore and also has an optional boss [Map Coordinates for Coastal Cave]. 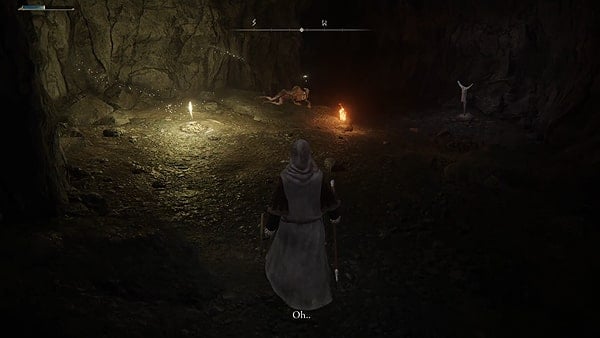 You'll find a few things here when you reach the bonfire past the cave's entrance. First, is the Coastal Cave Site of Grace, a Martyr's Effigy, and Boc (only if you found him at his first location). You will find him writhing in pain on the ground right next to the Site of Grace, speak to him and he'll ask you to leave the place, but, this area serves as a side quest for Boc where you need to acquire an item and give it to him. Make sure to examine/rest at the site of grace before you continue forward.

As mentioned, the cave is dark, so you'll need the Torch as your main source of light. When you drop down into the pit, you'll encounter a couple of Demi-Human enemies. You are outnumbered here, so you can die if you are not careful. Kill all the Demi-Human enemies and loot their bodies to find items such as the Rickety Shield, Rainbow Stone, and x1 Land Octopus Ovary that is looted off a nearby body, next to the entrance of the boss lair. Now before going in, there is a Gold Summon Sign by the entrance that you can use to summon a companion NPC that can help you fight against the boss.

Upon entering, you'll be fighting against two Demi-Human Chief, along with its minions, the Demi-Humans. You can check our Demi-Human Chief page to find our guide on how to beat this enemy. Successfully defeating both Demi-Human Chief enemies rewards you with x1 Tailoring Tools, x1 Sewing Needle, and 900 Runes. Before leaving the lair, make sure to grab the Silver Fireflies, and near the portal mist, there's a path leading to another exit where you can loot x1 Smoldering Butterfly and x1 String from two corpses that are being guarded by two more Demi-Human enemies.

You can fast travel back to the entrance and give Boc the Sewing Needle by speaking to him. You've now cleared the Coastal Cave, before you continue to leave the Coastal Cave, we suggest that you check out the opposite exit from the boss lair and activate the Church of Dragon Communion Site of Grace so you can easily fast travel here later on. 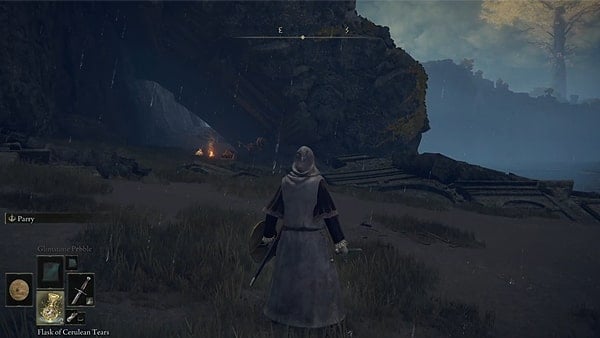 Upon exiting the cave and go east where you'll find the Nomadic Merchant West Limgrave [Map Coordinates Here]. Next to the merchant, you can pick up x1 Smoldering Butterfly. Speak to the merchant to check his wares and if you have enough Runes, make sure to buy some of the useful items such as the Armorer's Cookbook [2] and notes.