Commander O'Neil is a Boss in Elden Ring. Commander O'Neil is a humanoid boss wielding a battle standard/halberd and summons aid from ghostly warriors. He can be found at the heart of the Swamp of Aeonia in eastern Caelid. This is an optional boss as players are not required to defeat him in order to advance in Elden Ring, but he does provide useful items as well as Runes upon defeat.

Even after his lord was fled, Commander O'Neil continued to brandish his flag in the devastation of the rot-eaten field of battle, the sole veteran who remembers that battle with pride.

Commander O'Neil is a boss found in eastern Caelid.

Commander O'Neil can be found in a large clearing within Aeonia Swamp in eastern Caelid. Players can easily reach his arena by traveling southwest from Sellia, Town of Sorcery, looking for a large group of trees in a circular formation and jumping over the mutated growths with Torrent. [Map Link]

The Best Tips for Commander O'Neil:

Direct Melee confrontation is possible, but it's much easier completing this fight on horseback. Employing a hit and run strategy will allow you to outrun Commander O'Neil's counter attacks as well as any attacks from his minions. This also has the added benefit of allowing you to travel outside the arena and avoid the scarlet rot build-up.

Killing summoned Exile Crossbowmen and Exile Axe Soldiers is straightforward from horseback and can be performed without engaging with Commander O'Neil. Doing so will minimize the potential of being staggered or blindsided while attacking O'Neil and will simplify the fight. O'Neil does not summon replacement soldiers once a group is killed.

If you want to beat him on foot, it is also doable, since most of his attacks are easily parryable. You just have to watch out for the summons and the Rot Storm.

You can kite him out to the nearby Site of Grace, then kite him through the Scarlet Rot geysers to damage him; he needs to be walking through the geyser when it erupts to take damage, the large pool of Scarlet Rot doesn't affect him.  He will teleport back to the starting point for his second phase, and can be kited out to the geysers again.  The second group of summons will likely follow him out, and that's a good time to use your Spirits to eliminate the summons.

Magic users with long-ranged spells can easily outrange Commander O'Neil by fighting on horseback, trivializing the fight. He is a slow-moving boss that lumbers across the battlefield and makes no real effort to close the distance. Just make sure to clear his minions out whenever he summons them to avoid getting overwhelmed. 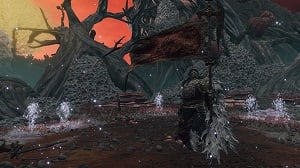 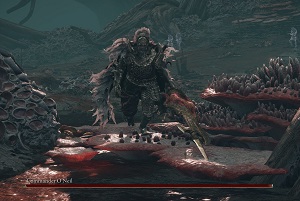 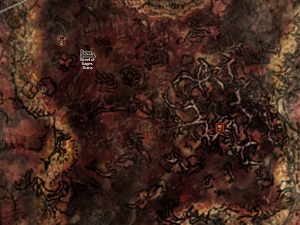