Crossbows are a type of Weapon in Elden Ring. Crossbows are ranged weapons that can be used to inflict high damage on hostile characters from afar. Unlike Bows, they must be loaded before firing each shot. They grant no guard protection, encouraging users to maintain distance from advancing enemies.  Crossbows require Bolts as ammunition.

Crossbows can not be given new Ashes of War, greased, spell buffed, or given new affinities.

Crossbows have a different control scheme than either melee weapons or other types of Bow. You have to ready the Crossbow before you fire each bolt, for a total of two presses of the attack button per shot.

Shoot Bolt 1 shoots the bolt type in the slot on the left in your equipment screen, and Shoot Bolt 2 shoots the type on the right. 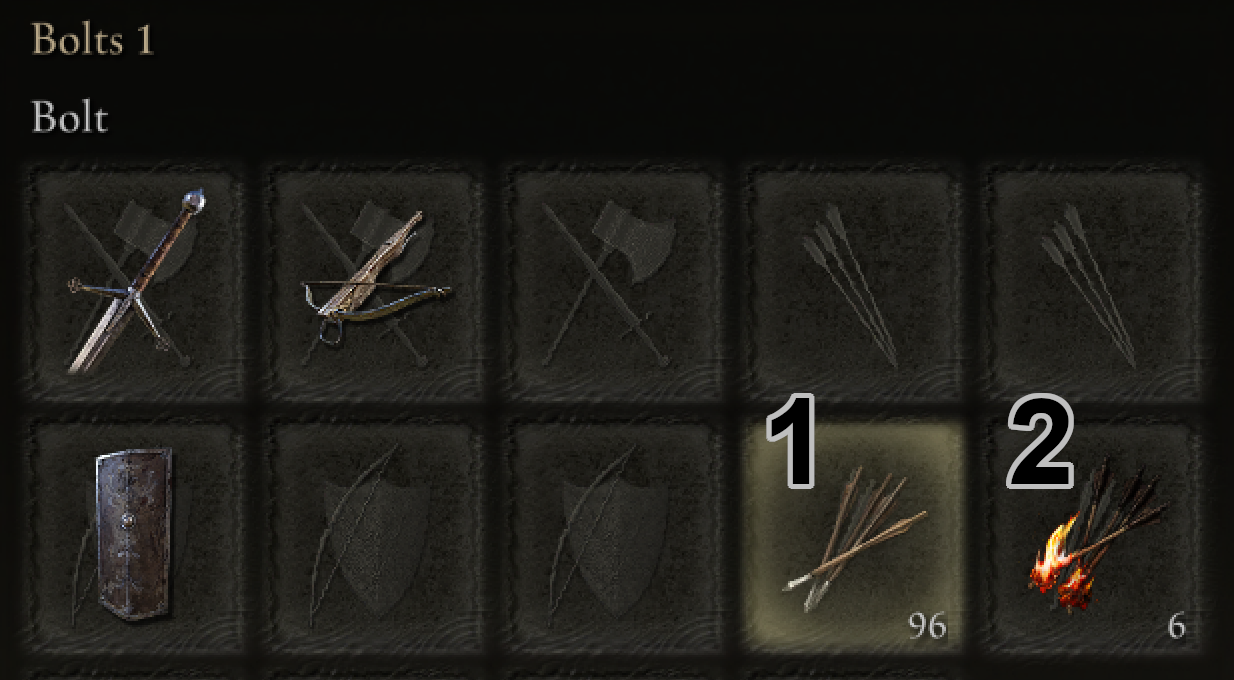 Quick Search of All Weapons

Quick Search of All Weapons