Demi-Human Chiefs are a duo Field Boss in Elden Ring. They are two large and aggressive Demi-Humans that wield twin daggers to attack their targets. Their speed makes up for their frailty. This is an optional boss as players don't have to defeat it to advance, but it must be slain if one wants to complete a certain quest.

Lesser Demi-Human Chief is the normal enemy form of this boss.

They'll rush in and beat you to a pulp. You'll end up just like me.

Where to find Demi-Human Chiefs in Elden Ring

Demi-Human Chiefs is the boss of the Coastal Cave, which can entered from the beach southwest of the Church of Elleh. [Map Link]

The Best Tips for Demi-Human Chief:

Sneaky: Neither boss will notice you when you first enter the arena, so you have a chance to sneak around and either get in a few early hits or pick off a few Demi-Humans before the closer one starts attacking.

Shielding: A decent shield can block most individual attacks, but you may not have enough stamina to fully block some combos. Once you've blocked the first attack, either dodge out of the way or guard counter to interrupt the next attack.

Bide Your Time: Wait for Knife Slam attack, when the Demi-Human Chief's knives will be briefly stuck in the floor. This is your opportunity to strike. Take advantage of their low poise to hit three or four times, as long as you still have enough stamina to retreat afterwards.

Keep Your Distance: This boss can attack quickly, and you need time to cast spells or fire arrows so stay well back while you're fighting. You can circle the large stone pillar near the entrance to keep the boss far enough away to put more space between you and the Demi-Human Chief.

Shielding: Keep a in one hand and your catalyst or seal in the other so that you can block if needed. The Demi-Human Chiefs' attacks can have unexpected timings, so it's not always easy to dodge every attack. 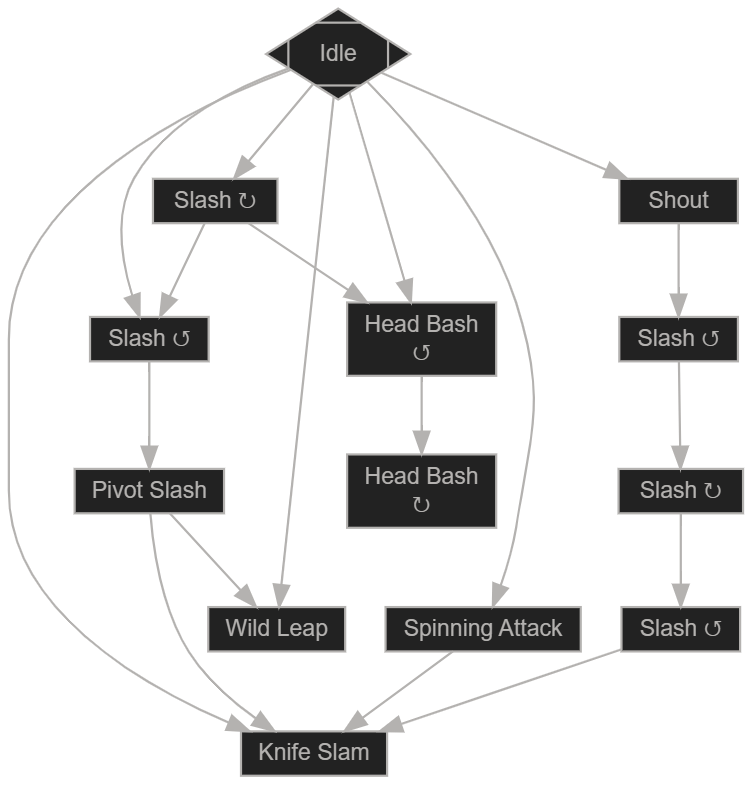