Heading north from the Altus Plateau Site of Grace, into Lux Ruins. The entrance to the basement is towards the northwest end of the ruins: 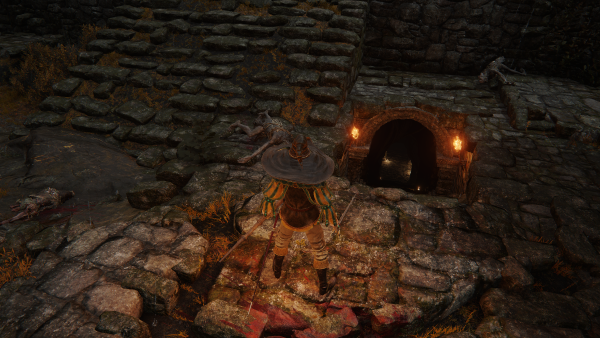 This boss can receive a ton of damage with aggressive attacks and has a lot of windows and opportunities to deal damage to make the fight fly by quickly. For a faster defeat, players can choose to use Spirit Summons, however this isn't necessary. She can be staggered very easily and will pause to cover her face, giving you a longer opportunity to deal more hits and keep her from her attack sequences. Along with this, her poise can be broken. Continue with these attacks while dodge or blocking her lunges until she is defeated.

Use any heavy physical damage Spell such as Rock Sling to keep her staggered and break her poise. To have an even smoother,  quick encounter, use Spirit summons to double attacks and have almost the the entire fight open to your magic or ranged attack as she focuses on the summon. Continue dealing attacks and moving back to quickly defeat this boss.