Diallos is an NPC in Elden Ring. Diallos is a noble you'll come across at the Roundtable Hold. Upon welcoming you, he mentions that he's looking for a loyal servant to his house called Lanya, and asks you to tell him if you happen to come across her.

The tale of House Hoslow is told in blood.
I, Diallos, swear to deliver that promise.

Diallos can be found at Roundtable Hold.

At the Roundtable Hold

After doing the Volcano Manor questline

After Jarburg is attacked

When attacked at Academy Gate Town

When attacked at Jarburg 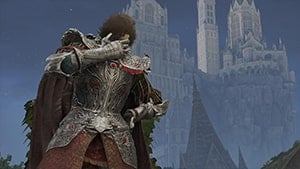 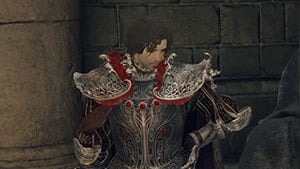