Dodging is a Combat mechanic in Elden Ring. It allows you to evade enemies' attacks or even pass through them without getting hurt. 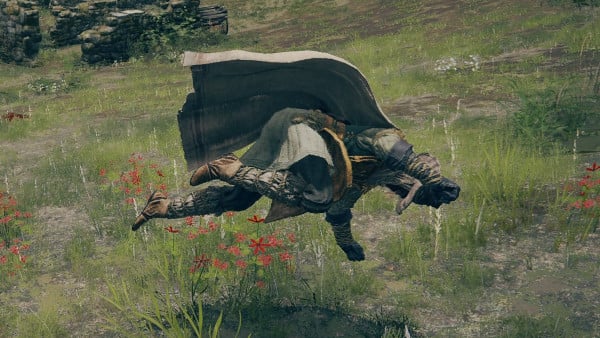 Rolling is the most common way to dodge, since it allows you to cover a fair amount of distance in the direction of your choice. Not only that, it gives you a large number of invulnerability frames, also called "i-frames". During these frames, you can't be damaged by incoming attacks—they'll just pass harmlessly through you. Making good use of i-frames is crucial to getting comfortable with combat in Elden Ring.

Backstepping is less common, because it covers less ground than simply rolling backwards and doesn't provide any i-frames. However, it's much quicker and can be followed up with a Lunge Attack, so it's worth keeping in mind.

The precise details of your dodge roll and backstep depend on your Equip Load. (All frame data below is for 30 FPS.) 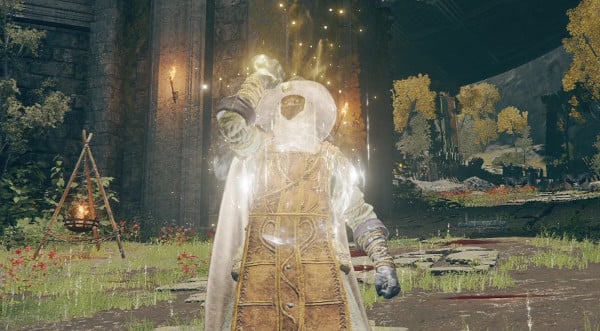 There are also a couple items that add additional i-frames after the normal ones. These don't stack with one another, nor do they apply to dodge skills. 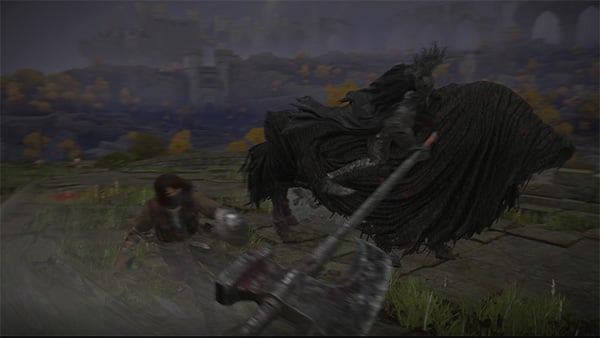 You can also dodge some attacks by jumping over them.

Jumping only gives you partial i-frames: you're invulnerable from the waist down, but your head, chest, arms, and even hands can still be hit by attacks. This makes it useful specifically for dodging attacks that slash horizontally or erupt from the ground. In exchange for only giving you partial invulnerability, this invulnerability lasts much longer, covering 25 frames of the jump animation with only 5 frames of recovery afterwards (at 30 FPS).

Various other actions you can perform provide i-frames as well. While these won't be your primary means of dodging, they can be very useful in a pinch.

Several Skills found throughout the Lands Between provide alternate ways to dodge, at the cost of a modest amount of FP.

*: If you use Quickstep and Bloodhound Step multiple times in a row, uses after the first have 2 fewer i-frames (unless you're using Quickstep and you have a light Equip Load, in which case it's only 1 fewer). Also, if you're out of FP, they only ever have 5 i-frames.

Different actions take more or less time to perform after a dodge, and sometimes even depend on which direction you dodge in or your Equip Load.

Different dodges can also cover more ground, allowing you to more easily get out of the way of incoming attacks. How far you roll frequently depends on your Equip Load. The numbers below measure in-game meters covered during the invulnerable portion of a dodge.