The ancient dragons, who ruled in the prehistoric era before the Erdtree, would protect their lord as a wall of living rock.
And so it is that the shape of the dragon has become symbolic of all manner of protections.

Where to find Dragoncrest Greatshield Talisman in Elden Ring

Elphael, Brace of the Haligtree: Found in a chest on an elevated platform inside the large building in the northeast, guarded by several Pests. [Map link]

This platform can be reached by heading through the eastern exit from the Drainage Channel Site of Grace [Map link], and then navigating across the branches and concrete beams to reach the roof of the building. (See roof below) 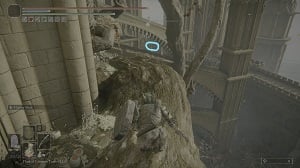 While there are many branches and beams to traverse, the path is fairly linear. Once on the roof, you'll see two holes in the roof's surface and peering through the hole, you'll see joists where you can land on. 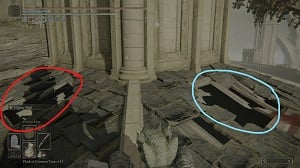 Land on the joists (you can go through either hole), and immediately shield, as you'll be attacked by pests. Make your way over the western end of the room (where the pests are attacking from) where the chest is located. 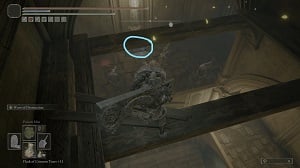