Elden Beast is the true form of the Elden Ring, acting as the vassal of the Greater Will, and is found in the Elden Throne. It was sent to the Lands Between through a golden star long before the events of the game.

This boss is NOT optional, as it is the final fight of the game, appearing immediately upon defeating Radagon of the Golden Order. As with many endgame bosses, Weapons, Incantations, and Spirit Ashes capable of inflicting Black Flame are highly recommended as they deal damage over time based on the boss' maximum HP. In addition, Stamina-boosting Equipment is recommended as the boss is highly mobile and you may find yourself using a lot of Stamina chasing it down. If you die to the Elden Beast, you are required to fight Radagon again before rechallenging it. It drops the Elden Remembrance when defeated.

It is said that long ago, the Greater Will sent a golden star bearing a beast into the Lands Between, which would later become the Elden Ring.
It was the vassal beast of the Greater Will and the living incarnation of the concept of Order.

Elden Beast is a God Boss found in the Stone Platform.

The Best Tips for Elden Beast:

Right when entering the arena, there will be a few seconds of time to run towards Elden Beast before it initiates any form of attacks. The first attack (Most if not all the time) is a yellow fire breath attack, to avoid this, as stated to the right (Yellow Fire Breath), run behind it and strike from behind, you should be able to get a few hits in before it decides to move or change attacks. From there, attack patterns are random and will vary, refer to the right table for how to counter certain attacks. With the new 1.04.1 patch, all of Elden beast attacks seem more frequent and back to normal, will require confirmation.

At around 70%-80% HP (May vary), Elden beast will swim away and fly into the air, a ring will then appear around you that closes in, run and then jump over this ring, continue to run as there will be a blast after the ring closes. This ring attack (named Elden Ring Blast on the right side panel) will happen again when Elden Beast is around 30%-40% HP (May vary), instead of 1 ring it will be 3, followed by a blast. These 2 attacks will always happen, unless glitches are used or you somehow manage to kill Elden Beast extremely quickly, for the average player, these 2 attacks will always happen.   Seems with the new patch (1.04) that this is not the case anymore, these attacks will vary in occurrence, but how to avoid is still the same. This may change because of the 1.04.1 update that supposedly fixed it's attacks/attack patterns, testing will occur and the page will be updated accordingly.

If dodged successfully, after most attacks/combos, there will be a window of opportunity to attack Elden Beast as it “stands” still for a few seconds, make sure to get every second out of this window of time before it begins another attack/combo.

Most Elden Beast attacks can be rolled with relative ease after a few runs before hand, meaning you may be able to conserve healing flasks if you are adamant in your ability to roll it’s attacks, if you aren’t it's recommended to be at or near (80%+) full HP. (This can really only be applied to players who’s HP surpasses 1200-1400 HP)

As shown above, Elden Beast is immune to all Status Effects, meaning if you use a weapon that outputs most of its damage through a weapon skill that inflicts a Status Effect, that weapon is ill-advised to use in this fight (Not impossible to use, but you may find it easier to use high Physical damage weapons). Recommended weapons would be high Physical Damaging weapons, such as Greatswords and Colossal Swords, but are not limited to such weapons.

Recommended Talismans would be any that boost Physical and Holy damage negation, such as the Dragoncrest Greatshield Talisman and or Heligdrake +2 talisman. Other useful talismans that are advised to use are Crimson Seed Talisman, Green Turtle Talisman, Winged Sword Insignia, Erdtree's Favor +2, and more. Great Runes can and should be used; Godrick’s and Radahn’s are useful if not recommended. Morgott's Great Rune can be generally beneficial but may lead to the player needing up to three +12 Crimson Flask charges to fully heal.

Recommended Crystal Tears for your physick are Tears that raise Physical damage negation, restore HP, boost stamina recovery, or increase attack damage. Of course, these can and will depend on your build, stats, skills, and preference.

For sorcery users, a viable option is to use Rock Sling (Meteorite of Astel/Meteorite can be useful only at the beginning of the fight) - not only in deals Physical-type damage, but it can poise break him. Beast remains stunned for a while, what can create an opportunity to drink Flask of Wondrous Physick with Magic-Shrouding Cracked Tear and Cerulean Hidden Tear - a mix perfect for Comet Azur (as long as there is no Elden Star nearby, dealing high damage to a standing target) 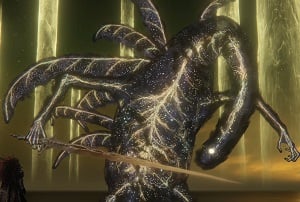 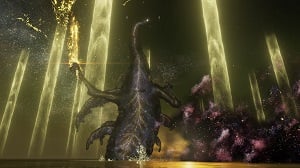