The namesake of Lake Agheel, Flying Dragon Agheel was also a part of the Closed Network Test and is found at the Dragon-Burnt Ruins in Limgrave. From the description of it's breath attack and the various Wandering Nobles seemingly praying to the dragon, it is speculated that the undead in Limgrave worship the dragon in hopes to be free of their undeath.

This is an optional boss, as players don't need to defeat it in order to advance in Elden Ring. However, doing so yields useful items, as well as Runes. Riding Torrent during this boss fight will be helpful as like with many other dragons, Agheel can be very mobile and being mounted will allow you to close the distance with it more effectively, as well as avoid it's breath attack easily. It drops a Dragon Heart and unlocks Agheel's Flame for purchase when defeated.

The dead gazed at the skies over the lakes of Limgrave, praying that the dragons' flames would burn them to ash.

The Flying Dragon Agheel is a boss that can be found at the Dragon-Burnt Ruins in Limgrave.

Where to find Flying Dragon Agheel in Elden Ring

The Flying Dragon Agheel boss can be found at the Dragon-Burnt Ruins in Limgrave, the ruins can be found around the center area of Agheel Lake. This is an optional boss, the dragon will spawn when approaching the the small island northwest of the actual ruins site, with a bonfire and some followers there. Map Link.

The easiest strategy is to get on your mount and ride through his legs swiping his wings and feet as you go, trying to keep moving as much as possible. Ride away when he flies off, locate him once he lands again, and then make your way to him, taking a wider arc if he breathes fire so as not to get hit.

You can load up on HP flasks for this strategy and put on your heaviest armor, since weight does not matter when you are mounted.

This can be an extremely difficult fight for melee characters because hitting the head of the Dragon does the most damage, and it's hard to reach just like past From Software Dragon fights. Using a long reaching Weapon like the Bastard Sword, Ordovis' Greatsword, Winged Spear, or Lance can make this markedly easier, so I suggest using one of them.

The strategy is that you want to sit out in front of Agheel and bait him into swiping with his wing. Dodge away, and then attack his head if you're fast enough or his wing if you are not for at least some damage. You want to try to get him to repeat this as much as you can, hopefully you'll stagger him, at which point he'll fall down and you can stab his eye for some great damage.

When he does his dual bite attack, one bite right after the other, you want to dodge through the second one, and turn around and attack the head if you can. This should give you several free hits if your weapon is long enough and your timing was good. Then get back into position and try to bait the wing swipe again.

If he raises up in the air to breath fire directly downward you need to roll away from him as fast as you can. This is a very difficult attack to dodge, and will likely kill you more than just about any other attack.

If he raises up and starts breathing fire in a line you need to get to his left side, just like in the Darkeater Midir fight to dodge the fire. This is an easy move to read, but sometimes you are in a bad spot where you can't get away, so you may die anyway. You can use rocks and buildings for cover if needed.

If he raises up in the air and hangs there for a second NOT BREATHING FIRE, then he will pounce on you. Make sure you wait until the last second and dodge away from him, and then attack for some easy damage. If you don't move you may be one-shotted.

If you end up behind him for any length of time, he will likely do a tail swipe, just like Darkeater Midir, so make sure you Block it or roll through it. It happens 99% of the time if you are directly behind him, so be ready for it.

Lastly, if he flies away, mount up and ride to him, riding left or right to avoid the fire he will breath at you.

The strategy for this fight is somewhat similar whether you're ranged or melee, so you'll want to play in a similar manner avoiding the same attacks. However, it's easier to lock onto his head and range him with Glintstone Stars or Glintstone Pebble if you have either. Beast Claw does not work well in this fight, since it takes place in a lake, and Beast Claw does not work in water. For Incantation users,Lightning Spear is the best choice.

I highly recommend using a Shield in your off-hand so you can Block when needed in between casts. And you'll need to have 4 FP Flasks so that you can use as much magic as possible, which means you won't be able to heal, so try not to get hit anymore than you have to.

Remember that you can use the Northern Mercenary Ashes to help you out, and with a bit of luck he'll actually stay alive for a large chunk of the fight. Sometimes you get some bad RNG and the dragon breathes fire and kills him straight away. When this happens, it's probably best to die and restart.

Lastly, you can fire off spells or use your Bow easily from horseback, allowing you more mobility while staying out of harms way. It might take you a bit longer to beat him this way, but it's definitely safer! 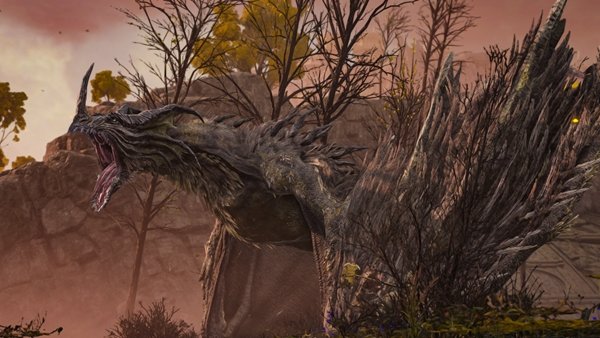 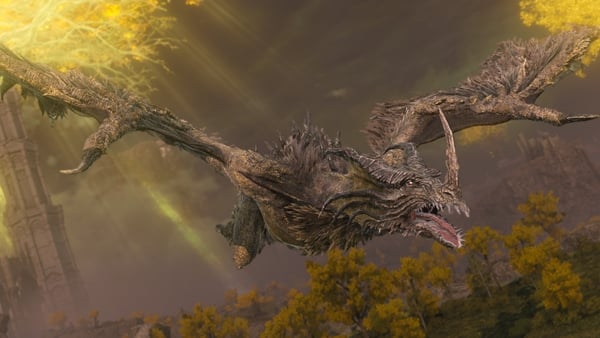