Godfrey, First Elden Lord (1st phase)/Hoarah Loux, Warrior (2nd phase) is a Boss in Elden Ring. This page pertains to the physical form of Godfrey, First Elden Lord who is found in Leyndell, Ashen Capital, an instance of the Royal Capital which is accessible only after making significant progress in the story. This guide features boss locations, tips, strategies and videos on how to defeat Godfrey easily, as well as boss stats and lore for Godfrey.

Godfrey was Queen Marika's first consort, and thus the first Elden Lord of the Lands Between. Before earning this title however, he was known as Hoarah Loux, the chieftain of the badlands and a bloodthirsty warrior. Godfrey took the Beast Regent Serosh upon his back after committing to his role as a Lord in order to suppress his violent urges. After fighting countless wars, Marika deprived him and his warriors of their grace, marking them as the first Tarnished.

This is NOT an optional boss, as players MUST defeat it to advance in Elden Ring. After being brought down to about 40% health, the Beast Regent Serosh will materialize, only for Godfrey to slay it, shedding his armor and unleashing his bloodthirsty nature, fighting as Hoarah Loux, Warrior. His health does not regenerate back up to full after this phase transition. He drops the Remembrance of Hoarah Loux when defeated.

Godfrey, First Elden Lord / Hoarah Loux is encountered in Leyndell, Ashen Capital, after the capital falls to ruin. This is after completing Crumbling Farum Azula. The boss is located in the chamber atop the long set of stairs southeast of the Queen's Bedchamber Site of Grace where Morgott was previously fought. [Map Link]

Values in brackets correspond to Phase 2.
The resistance numbers are the buildup amount to trigger it. For example, if a resistance is 100 you must deal 100 points of whatever aux buildup to trigger it. Note that these go down over time, and increase each time the effect procs.

As one of the easier late game bosses, Godfrey is not an overly complicated fight. He hits extremely hard, but is relatively slow and telegraphs his moves way ahead of time. Given you have enough stamina, you can block most of his axe swings in phase 1, although dodging them should be your priority.

Most of his stomp moves can be avoided simply by jumping as soon as you see him lower his leg.
The regular stomp travels in a cone in front of him, leaving him briefly vulnerable to attacks. Avoid being caught on the wider side of the cone.

Godfrey can empower his stomps. He will stand at a distance and raise his axe overhead, slowly lifting his legs. He will have a red aura while the effect lasts. Until it dissipates, the shockwaves from his stomp attacks will cover the entire arena.

Once Godfrey is brought down to about 50% HP, a cutscene will play where he sheds his armor, slays his regent Serosh, and unveils his true form as Hoarah Loux, Warrior.

As Hoarah Loux, Godfrey ditches his axe in favor of hand-to-hand grappling. The key to beating him is recognizing the patterns for his grapple moves and dodging them accordingly, as they might one-hit players with low Vigor and will go through a shield block.  The best openings to damage him are after he ends an attack chain, as well as after a leap attacks.
Thankfully, emerging as Hoarah Loux does not refill his health bar, so you only have to deal with the final half.

At the beginning of the fight, Godfrey will approach the player calmly, leaving you ample time to stage your opening move. Inflicting Frostbite is a good call, since his overall resistance are low, especially during 2nd part of the fight

Sorcery users can start the fight with Terra Magica, followed by Rennala's Full Moon. Comet Azur can be risky, as Godfrey might open with a jump attack if the player isn't in range. Speed is more important than damage here, especially in phase 2, so good choices would be Comet/Glintstone Cometshard or Glintstone Icecrag.

As for Incantations, you can start the first phase with Borealis's Mist. This will provoke the First Elden Lord to perform an attack, often a stomp, but you should be safe during casting the incantation. It might be worth trying the same in the second phase, although Hoarah Loux's attack patterns makes this risky.
During the second half of each phase, a fast spell like Lightning Spear is the best choice to chip away his health. However, Hoarah Loux may unintentionally avoid few casts, so the best opening is his jump before the massive explosion on impact.

It's been a long while, Morgott.
Long and hard didst thou fight.
Tarnished Warrior.
Spurned by the grace of gold.
Be assured, the Elden Ring
resteth close at hand.
Alas, I am returned.
To be granted audience once more.
Upon my name as Godfrey,
The first Elden Lord!

(Halfway)
That will be all.
Thou didst me good service, Serosh.
I've Given thee courtesy enough.
Rrraaargh!
Now I fight as Hoarah Loux!
Warrior!

(Defeating player in Phase 2)
A crown is warranted with strength! 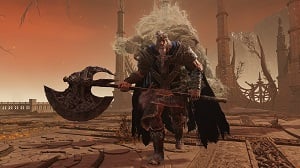 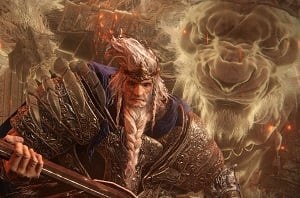 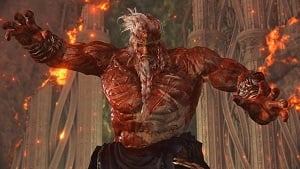 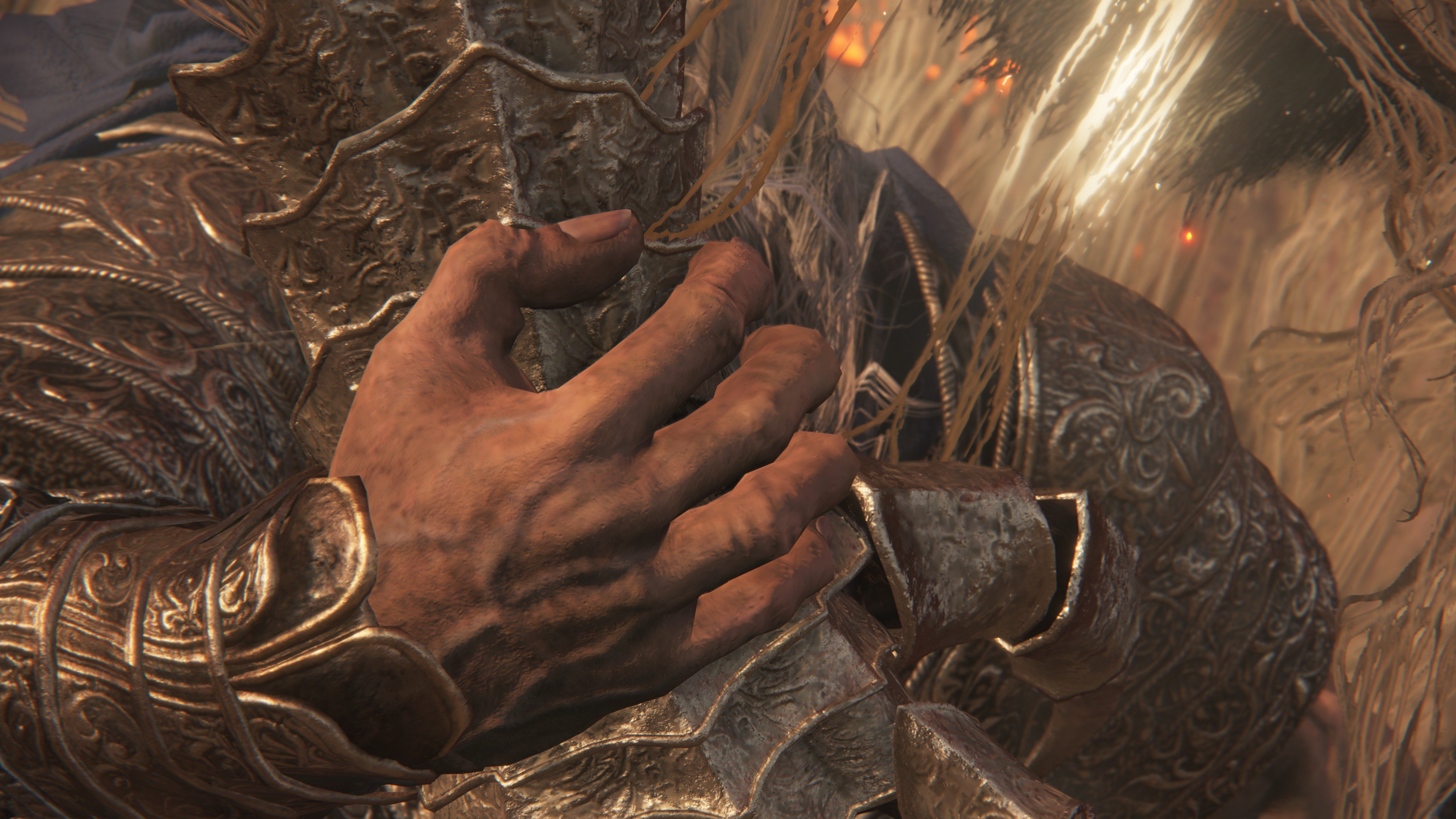 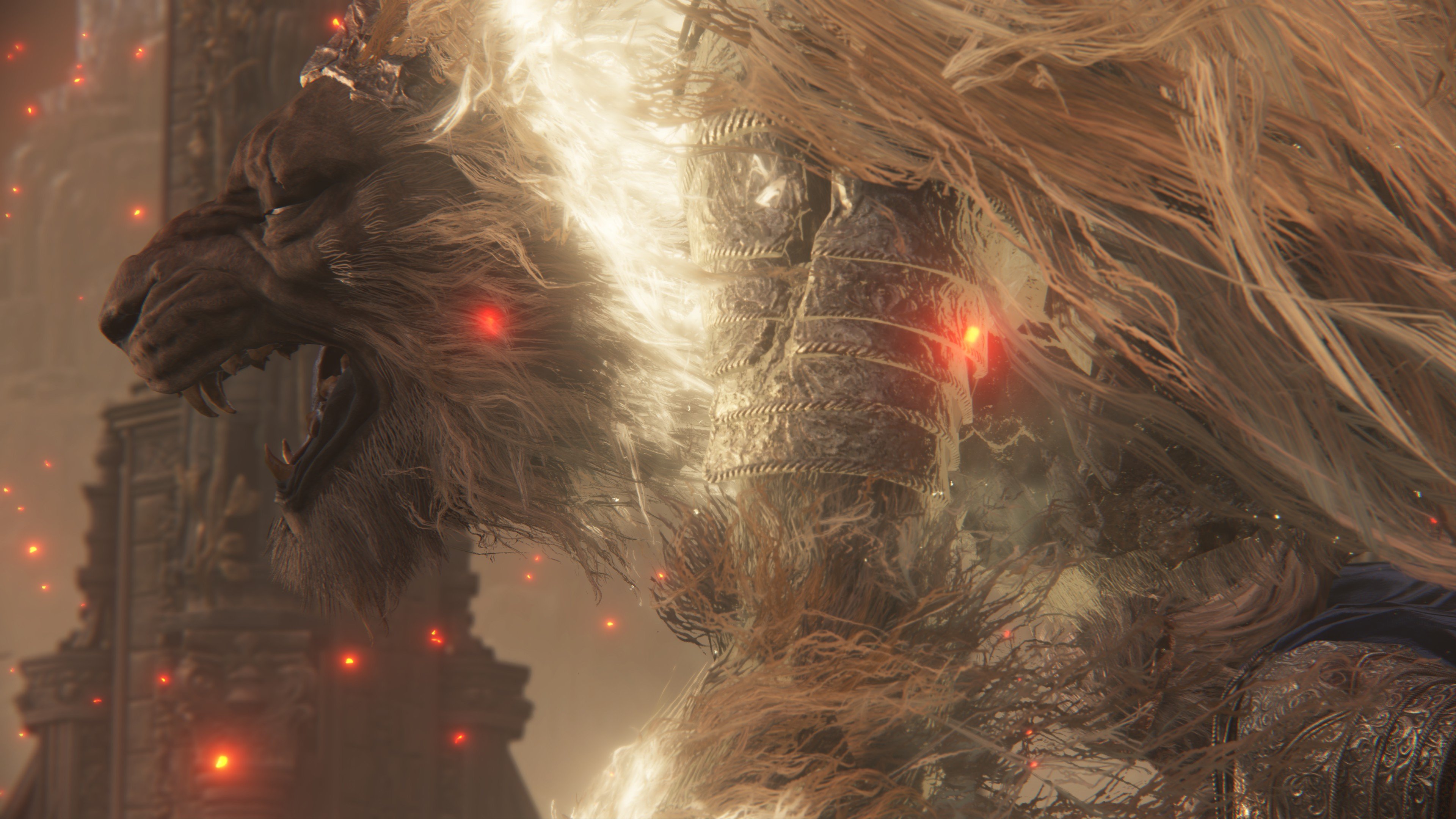 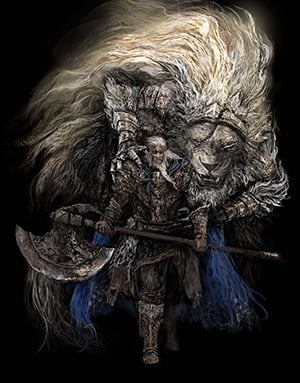