Great Runes in Elden Ring are Key Items dropped by shardbearer Bosses whose powers can be unlocked at Divine Towers and then activated with Rune Arcs to strengthen the player until death. This page covers how to activate them, their names, effects, respective bosses, and Locations.

Mending Runes, which play a significant role in Elden Ring's Endings, are also found below.

Great Runes, and Mending Runes, are not kept in New Game+.

What is a Great Rune

Great Runes are unique Key Items dropped by Demigods, the main Bosses of the game, which bestow their blessings after using a Rune Arc.

How to acquire Great Runes

Great Runes are dropped by Demigods, which can be found inside Legacy Dungeons.

How to equip Great Runes

Great Runes can be equipped from the "Great Runes" menu while resting at any Sites of Grace.

They are only available from this menu after restoring their power at a Great Rune's respective Divine Tower.

After equipping a Great Rune, consuming a Rune Arc will grant you its power until death.

What is a Rune Arc

Rune Arcs can be found throughout the Lands Between, but there are two methods to consistently collect them:

If you change the equipped Great Rune, the current Great Rune's effect will be removed. Reactivating the new rune will require another Rune Arc.

All Great Runes in Elden Ring

Great Rune of the shardbearer Godrick.
Its blessing raises all attributes
This Great Rune is known as the anchor ring, found in the center of the Elden Ring.
The first demigods were The Elden Lord Godfrey and his offspring, the golden lineage. 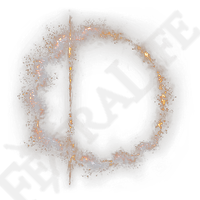 A Great Rune of the shardbearer Rykard.
Its blessing restores HP upon defeating enemies.
Rykard was amongst the children of Rennala and Radagon, who became demigod stepchildren after Radagon's union with Queen Marika.
But Rykard fed himself to the blasphemous serpent, Great Rune and all.

A Great Rune of the shardbearer Radahn.
Its blessing raises maximum HP, FP and Stamina.
Radahn was amongst the children of Rennala and Radagon, who became demigod stepchildren after Radagon's union with Queen Marika.
The Great Rune burns, to resist the encroachment of the scarlet rot.

A Great Rune of the shardbearer Morgott.
Its blessing greatly raises maximum HP.
This Great Rune is the anchor ring that houses the base, and proves two things:
That the Omen King was born of the golden lineage, and that he was indeed the Lord of Leyndell.

A Great Rune of the shardbearer Mohg.
Its blessing grants a blessing of blood to summoned phantoms, and imparts a Phantom Great Rune upon successful invasion.
Mohg and Morgott are twin brothers, and their Great Runes are naturally similar.
But Mohg's rune is soaked in accursed blood, from his devout love for the wretched mire that he was born into far below the earth.

A Great Rune of the shardbearer Malenia.
The blessing of this half-rotted rune reduces the healing power of Flask of Crimson Tears.
And yet, due to the infusion of Malenia's spirit of resistance, attacks made immediately after receiving damage will partially recover HP.
Malenia is daughter to Queen Marika and Radagon, and her Great Rune should have been the most sacred of all.

Great Rune of the Unborn

Amber egg clutched by Rennala, Queen of the Full Moon. Great Rune of unborn demigods.
Perfects those who have been born anew.
Children born anew by Rennala are all frail and short-lived. Imperfect beings, each and all.

Item for online play.
Obtained after using the Mohg's Great Rune and invading another world.
Consumed upon use.
Enemies inside the invaded world receive a blessing of blood, which boosts their attack power when blood loss occurs nearby. Also, your HP recovers when blessed enemies defeat a player.

All Mending Runes in Elden Ring

Rune discovered by the noble Goldmask.
Used to restore the fractured Elden Ring when brandished by the Elden Lord.
A rune of transcendental ideology which will attempt to perfect the Golden Order.
The current imperfection of the Golden Order, or instability of ideology, can be blamed upon the fickleness of the gods no better than men. That is the fly in the ointment.

Mending Rune of the Death-Prince

Rune gestated by Fia, the Deathbed Companion.
Used to restore the fractured Elden Ring when brandished by the Elden Lord.
Formed of the two hallowbrand half-wheels combined, it will embed the principle of life within Death into Order.
The Golden Order was created by confining Destined Death. Thus, this new Order will be one of Death restored.

Mending Rune of the Fell Curse

Loathsome rune gestated by the Dung Eater.
Used to restore the fractured Elden Ring when brandished by the Elden Lord.
The reviled curse will last eternally, and the world's children, grandchildren, and every generation hence will be its pustules.
If Order is defiled entirely, defilement is defilement no more, and for every curse, a cursed blessing.