Guarding (also referred to as "Blocking") is a Combat mechanic in Elden Ring. It allows you to block some or all damage from incoming attacks and return powerful counterattacks.

How to Guard (Block) 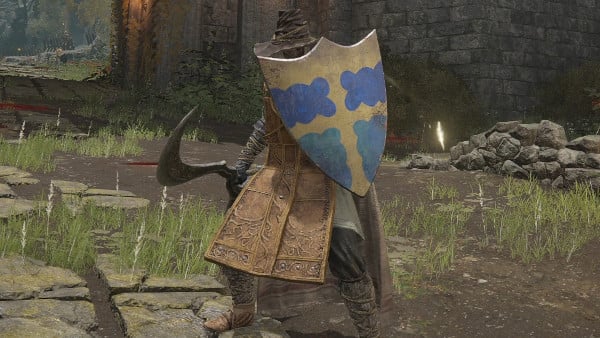 In order to guard, you must either have a Shield equipped in your left hand or you must be two-handing a weapon.

While you're guarding, all incoming damage is reduced according to your shield's Guarded Damage Negation stats. Each shield has a separate Guarded Damage Negation stat for each Damage Type (although Physical damage reduction applies to Standard, Strike, Slash, and Pierce damage). For example, if a shield with 59% Fire Damage reduction blocks an attack that would normally deal 132 Fire Damage, you'll only take 54 damage.

Every attack you block while guarding costs you some Stamina. How much depends on both how strong the attack is and on your shield's Guard Boost stat: the higher the Guard Boost, the less stamina you lose. If you lose all your stamina while guarding, you'll be briefly stunned and vulnerable to a critical hit, but you'll still block just as much damage. 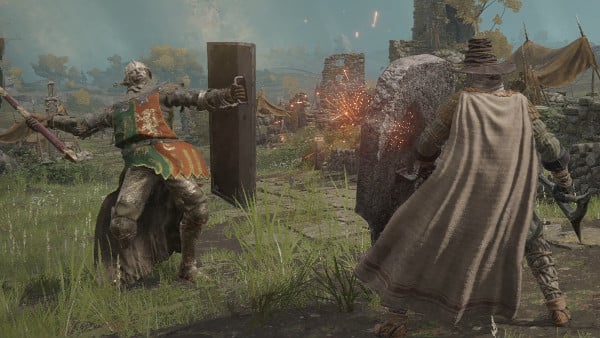 When an enemy hits your shield while you're guarding, they may stagger backwards briefly. This is a great time to counterattack or guard counter.

Immediately after blocking an incoming attack, press Heavy Attack to do a special counterattack. See Guard Counters for more information.