Iron Fist Alexander (AKA Alexander, Warrior Jar) is an NPC in Elden Ring. Iron Fist Alexander is a large Living Jar who set out from his home one day in search of adventure, seeking to become a mighty warrior. He also becomes available as an NPC Summon cooperater where he can fight alongside players

I am Alexander, also known as the Iron Fist. And as you can see, I'm stuck here.

Alexander is first found stuck in the ground, asking for help. If you talk to him, he will kindly ask you to help him out. You can choose to either help him out or simply leave him there in the ground.

Iron Fist Alexander is found in multiple locations as the story progresses: 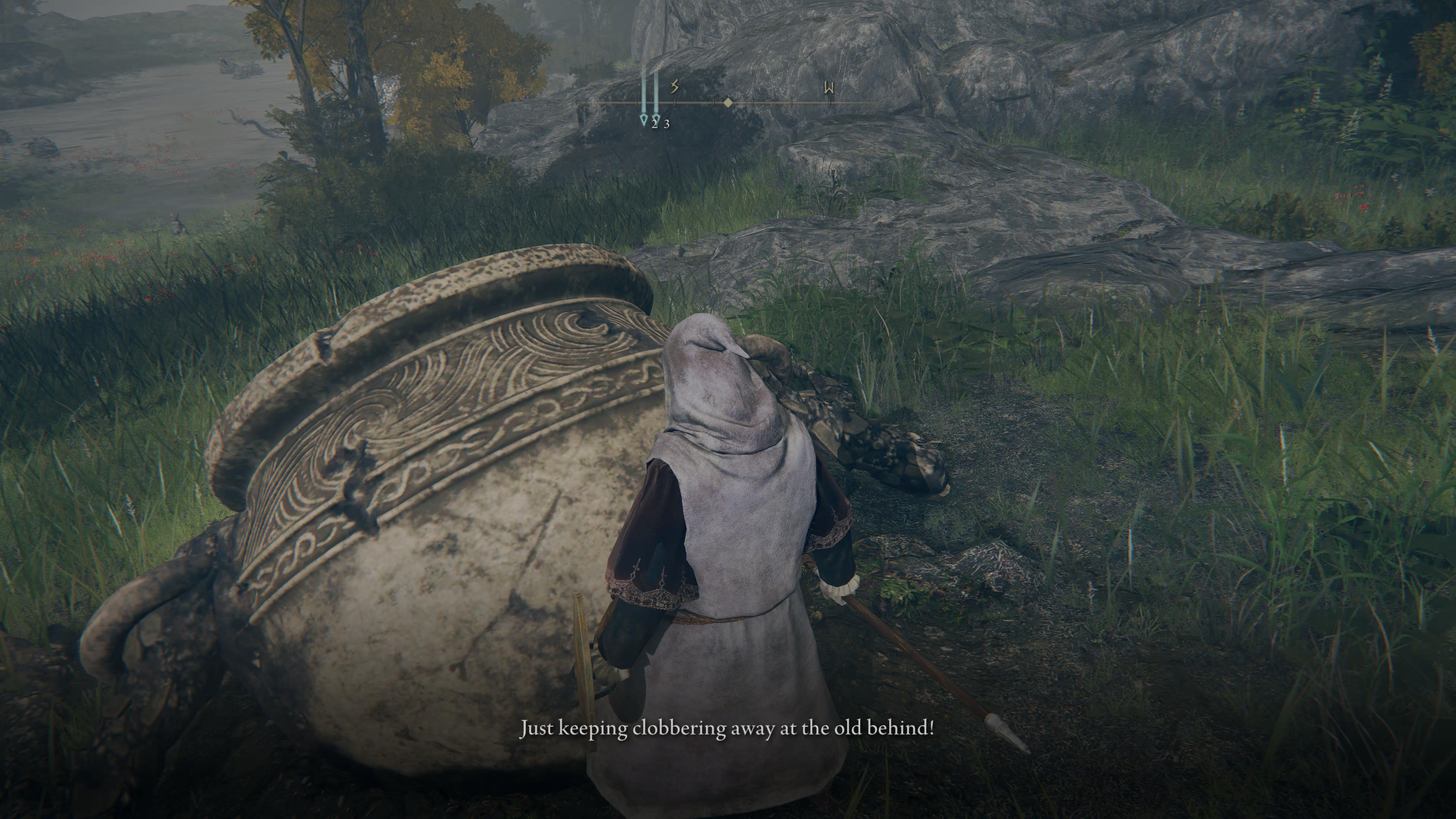 Alexander delivers some words of encouragement.

Choosing "Help him out"

After "Don't help" and returning (female):

After attacking him in Limgrave

Killing him at Limgrave

Second encounter at Gael Tunnel, or if encountering after going through from Caelid side

Before fighting Radahn at Redmane Castle

After fighting Radahn at Redmane Castle

At Liurnia of the Lakes

Releasing him at Liurnia

After winning the duel