Melina is an NPC in Elden Ring who acts as a guide to the player throughout the game's narrative. She is a mysterious young lady seen in an opening cutscene with Torrent, the Spirit Steed, and first met at the beginning of the Tarnished's journey. Melina wears a black robe and approaches players while they are resting at different Sites of Grace. She offers guidance throughout the game, grants the ability to level up and teleports you to certain key areas. She also later becomes available as an NPC Summon.

I can play the role of maiden. Turning rune fragments into strength. To aid you in your search for the Elden Ring. You need only take me with you.

(Melina does not have a traditional completable "NPC Quest", since she's so strongly tied with the "Main Quest" of the game, but the following lists the opportunities for interaction)

When resting at Third Church of Marika

When resting at Church of Pilgrimage

When resting at the Grand Lift of Dectus Site of Grace

When resting at Altus Plateau

When resting at the Capital Outskirts

When resting at the Queen's Bedchamber after defeating Morgott, the Omen King

When resting at Minor Erdtree Church

Upon encountering Margit, The Fell Omen, or when first resting at a non-dungeon Site of Grace outside of Limgrave (most likely trigger would be Caelid's Sellia Under-Stair, found outside of Sellia Crystal Tunnel, which is reachable through being ensnared by Dragon-Burnt Ruins' transporter trap chest)

When reaching Leyndell, she can appear once you reach the East Rampart site of grace.

When being unable to enter the Erdtree, she appears at the near site of grace.

Upon resting at the Frenzied Flame Proscription Site of Grace in the Cathedral of the Forsaken in Leyndell, Capitol of Ash

After speaking to Enia about burning the thorns

Upon resting at the Snow Valley Ruins Overlook Site of Grace

When resting at First Church of Marika Site of Grace

Upon resting at the Giants' Gravepost Site of Grace and selecting "Talk to Melina". Flame Peak, Mountaintops of the Giants. 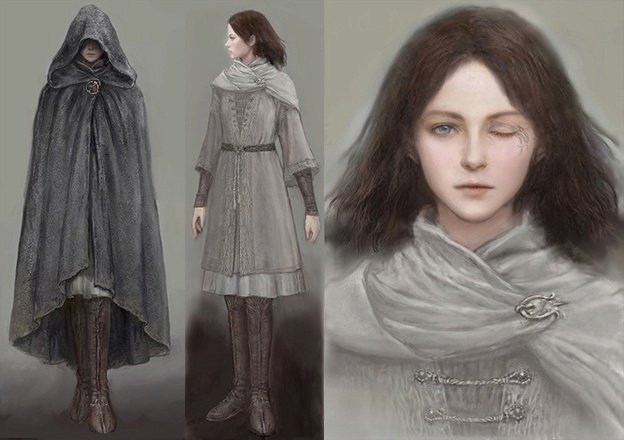