Mimic Tear (known as Stray Mimic Tear during fight at Hidden Path to the Haligtree) is a Boss in Elden Ring. This Elden Ring Mimic Tear Guide features boss locations, tips, strategies and videos on how to defeat the Mimic Tear easily, as well as boss stats and lore for the Mimic Tear.

The Mimic Tear is found in Nokron, Eternal City and the Hidden Path to the Haligtree. Its fight is a mirror match as the boss copies your equipment and appearance when fighting you. Mimic Tears are special kinds of Silver Tears that can completely mimic their opponent. They were created by the people of the Eternal Cities, and Mimic Tears in particular were created in an attempt to forge a lord.

This is an optional boss, as players don't need to defeat it in order to advance in Elden Ring. However, doing so yields useful Items and Runes. Take note of all the Weapons and Spells you have equipped when spawning the boss in - these are the exact same weapons and spells you'll find yourself faced against. With this in mind, it's possible to unequip all your equipment and spells before the fight starts to force the Mimic Tear to fight with its bare fists. Re-equipping them during the boss fight will not re-equip them for the Mimic Tear. It drops the Silver Tear Mask or Blackflame Monk Amon Ashes when defeated.

A Mimic Tear can be summoned as a spirit for aid in battle by using the Mimic Tear Ashes.

Those of the Eternal City have created a special type of Silver Tear, capable of completely mimicking its opponent, along with any spells, skills and armaments they have.

Mimic Tear initially spawns in as a Silver Tear, then transforms into your character, having the same equipped armor, weapons and spells to fight.

The Mimic Tear boss is encountered in multiple locations:

The Best Tips for Mimic Tear:

Strategy: You could unequip your main weapon and catalyst/staff, the boss will have only their fists to attack you with. Then, spam your strongest poise breaking attack or backstab him for maximum damage. The Mimic Tear will then only transform when you approach close enough. If in co-op, this means you can keep a distance while another player focuses on clearing it.

Without this method, this fight strategy will vary since the Mimic Tear is essentially a copy of you. You will have to keep in mind what your build is and fight according to your own weakness. Any healing items will also apply to the mimic tear so be mindful when distancing yourself as well.

For Ranged Users, the strategy would be the same. If you're going in with Sorceries or Faith builds you can expect this boss to have the same. If you don't want to fight a boss with the same build as you, you will have to go in with a different set of equipped weapons before switching back. 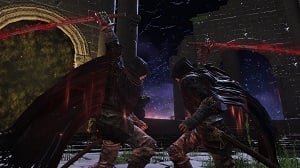 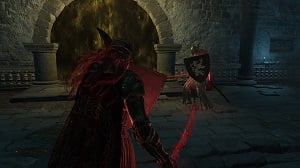