Moongrum Carian Knight is a Humanoid Enemy in Elden Ring. Moongrum is one of the few Carian Knights and is guardian of the Raya Lucaria Academy's Grand Library, where Rennala resides. He uses the signature Carian Knight’s Sword, alongside his Glintstone Staff, used to cast sorceries.

The enchanted knights, anointed by the Lunar Queen, were heroes of the highest honors, but fell into disarray with the decline of the royal family.
Despite numbering fewer than twenty, their power made them a match for even the champions of gold in battle

Where to Find Moongrum, Carian Knight: 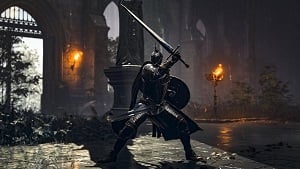 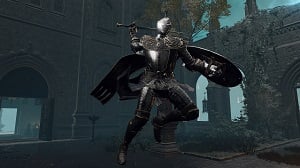