Morgott is the true identity of Margit, the Fell Omen, and the self-proclaimed "Last of All Kings". He is found in Leyndell, Royal Capital. When he and his twin brother Mohg were born, they were imprisoned deep in the Subterranean Shunning-Grounds for being born as Omen royalty. Despite how it treated him, Morgott still loved the Golden Order, and he defended the capital when his fellow demigods invaded during the Shattering. His loyalty was unfortunately not enough for him to be considered worthy of the Elden Throne, however.

This boss must be defeated in order to access the Mountaintops of the Giants and finish the game. Despite being under a different name, Margit's Shackle still works with Morgott as they are one and the same. Be sure to make use of the item to stun Morgott up to three times in his first phase. He drops the Remembrance of the Omen King and Morgott's Great Rune when defeated.

Have it writ upon thy meagre grave:

"Felled by King Morgott! Last of all kings."

Morgott, The Omen King can be found by first defeating the shade of Godfrey and heading east towards the balcony, where the player will find a branch that takes them up to the second level of the room. From there, the player can continue across the bridge towards the Queen's Bedchamber Site of Grace. Continuing south leads players to the boss room, where Morgott, The Omen King can be found.

The Best Tips for Morgott, The Omen King:

Melina + Jump Attack: Since Morgott is extremely mobile, he will leap around the arena and rarely be in one place for more than a few seconds. He also does not stagger easily. This makes landing successive attacks rather difficult for pure melee builds. Rather than memorizing his patterns, you can use Melina and a spirit ash with high defense (such as Skeletal Militiaman) to keep him occupied. The distraction will create openings for jumping attacks, which are doubly useful because they can help close distance. The ideal setup is power stancing two weapons and using Claw Talisman and Raptor's Black Feathers to maximize the damage of each jump attack. Since you won't have the opportunity to hit him often, make sure each attack counts.

Status Ailments: Morgott's resistances are relatively low, and if you can sneak in multiple hits between his attacks with power-stanced small weapons like Daggers or Curved Swords, you can inflict multiple status ailments very quickly. Look for Morgott's Holy Spear throw attack, and run towards his left side (your right) when he's winding it up. You won't even need to dodge, and this will give you a solid chunk chunk of unimpeded attack time. When he starts casting Holy Blade Rain, keep attacking him and just accept that you'll be hit by the blades. Similarly, keep attacking him through his phase change: although he has much higher damage negation, he still builds up status effects. Roll towards him just as he starts to stand up straight to avoid being caught by his Holy blast and to buy yourself a few more seconds of attacking. Because Morgott is vulnerable to all status ailments but his resistances increase after each proc, triggering as many as possible is a good plan. For example, power-stancing a Frost Great Knife and a Scorpion's Stinger will build Frostbite, Hemorrhage, and Scarlet Rot simultaneously.

Sorceries: After entering the fog gate, Morgott will approach you slowly, which creates a good opportunity to first cast Terra Magica, and then use Renalla's Full Moon or Ranni's Dark Moon up to two times. This push him towards using Holy Blade Rain, which is a perfect time to unleash a barrage of Comets. During his phase change, you can either heal or build status ailments with ranged spells like Glintstone Icecrag.

Incantations: Lightning Spear is a good choice, since its quick casting speed can keep up with Morgott's fast movement.

What is thy business with these thrones?

Thy kind are all of a piece. Pillagers. Emboldened by the flame of ambition.

Have it writ upon thy meagre grave:

Felled by King Morgott! Last of all kings.

The thrones... stained by my curse... Such shame I cannot bear.

Thy part in this shall not be forgiven.

Put these foolish ambitions to rest.

May the curse seep to thy very soul.

Upon talking to Morgott once:

Tarnished, thou'rt but a fool.

The Erdtree wards off all who deign approach.

We are... we are all forsaken.

None may claim the title of Elden Lord.

Upon talking to Morgott twice:

Thy deeds shall be met with failure, just as I. 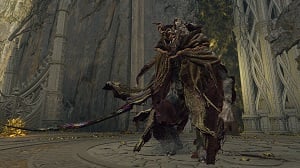 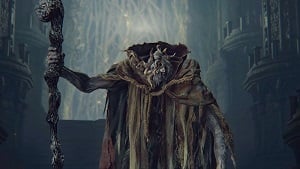 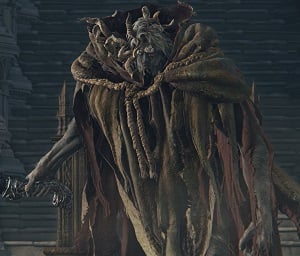