Parrying is a Combat mechanic in Elden Ring. It can cancel certain enemies' attacks and make them vulnerable to a critical hit. This Combat action requires an appropriate shield or Parry Skill. Parrying is one of the main Combat maneuvers players can use when going against difficult Bosses or even in PvP and can be used as an effective offensive action combination when followed up with an attack. This gives players a chance at dealing a critical hit. It requires timing and patience to master, but provides more rewarding results than regular Dodging and guard countering giving players a chance at a critical hit. Unsuccessful Parries may result in a regular block or great damage intake. Below are all the tips and tricks, and related equipment and information about Parrying in Elden Ring. Learn how to parry in Elden Ring during different situations and against different Combat styles to help players perform successful Parries during Combat encounters.

How to Parry Elden Ring 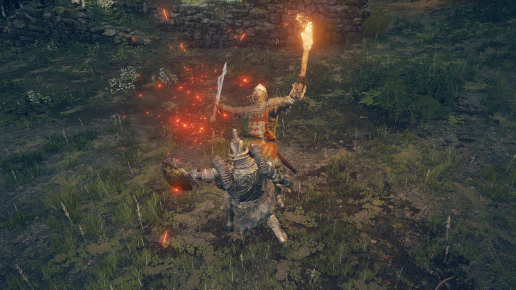 First, you must have a Shield equipped in your left hand with Parry or another parry skill. Then when the enemy makes a parriable attack, press the skill button at just the right time so your shield is coming up just as the enemy's arm is coming down. You'll know it works if your enemy recoils and you take no damage from the attack. If you didn't get the timing quite right, your shield will still block some of the damage from the attack but the attack will continue and you'll take a big hit to your Stamina.

For most parriable enemies, a single successful parry is enough to bring them to their knees and make them vulnerable to a critical hit. Other enemies (usually bosses) must be parried multiple times before they fall. Unlike Stance damage, an enemy's parry counter doesn't decay after a period of inaction, so you can take your time between parries without fear. Be aware though that some parriable enemies won't become vulnerable to a critical at all: instead, they'll just stumble briefly, giving you time to land some normal attacks before they start attacking again.

Under the covers, each parriable attack has a certain range of frames (often only one) in its animation where it can be successfully parried. Similarly, each parry skill has a certain range of frames during its animation where it can successfully parry. If an attack's parriable frames line up with your parry frames while the attack's hitbox overlaps with your shield's, it will be parried. Because this depends so heavily on finding that moment of overlap, it's a good idea to choose a parry skill with a large number of parry frames!

What to Parry Elden Ring

Not all enemies are parriable, nor are all attacks even from enemies that are! As a rule of thumb, the following categories are more likely to be parriable:

The best way to determine whether a particular attack is parriable is to try parrying it a few times. If it seems like you're getting the timing right but the parry still isn't happening, you're out of luck. 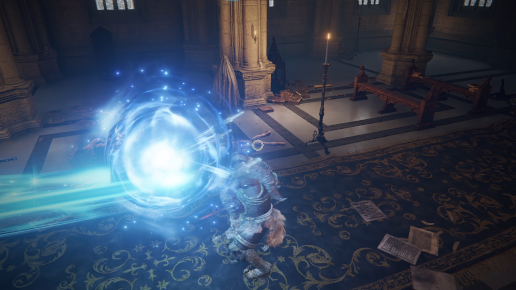 Parrying doesn't have to be limited to melee! With the Carian Retaliation skill (or the corresponding sorcery), you can parry most magical projectiles. It works a little differently than a normal parry: when a projectile hits the blue orb created by the skill, it vanishes and is replaced by three glintblades that will fire back at the enemy once they come in range. There are a few caveats, though:

You can also parry spells with the Thops's Barrier skill (or the corresponding sorcery), but this won't create any glintblades. The only advantage is that Thops's Barrier doesn't consume any FP. 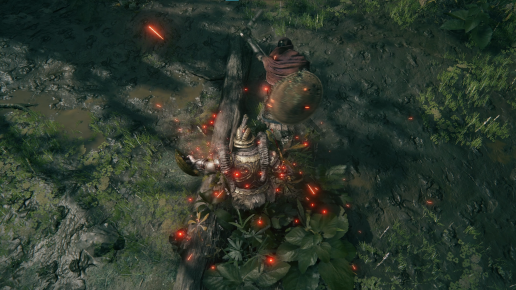 Parrying isn't for everyone. It requires more precise timing than dodging or guard countering  attacks and you often take a lot of damage if you get the timing wrong. Even if you nail your parries, you'll deal less total damage per critical hit than if you were using jump attacks or guard counters to try to stance break your enemy instead, since those attacks do damage even before the critical. Still, there are a few great reasons to learn to parry:

Why can't I Parry Elden Ring?

Even long time players may find difficulty performing a successful Parry. Elden Ring has a Parry window that is easy to miss resulting in an unsuccessful parry and great potential damage. As mentioned, ensure you meet the requirements and conditions to perform this action. It requires a parry Shield and a parriable opponent. Players can use the Bosses page as reference. Each individual page will state whether the Boss can be parried or not. Players can practice parrying against both melee and magic attacks though parrying a magic attack will not allow a critical hit. Make sure you closely observe the initial attack animations of your opponent to be able to recognize these parry windows. It is likely one of these conditions aren't met resulting in unsuccessful parries. Some notes and tips have been added below for players who wish to practice the Parrying skill.

Getting Good at Parrying in Elden Ring

Here are some tips to help you improve your parrying skill:

Different actions take more or less time to perform after a parry. Note that left-hand attacks are only possible after parrying with a shield if you're holding that shield in your right hand.