Red Wolf of Radagon is a Great Enemy Boss in Elden Ring. This giant red wolf wields sorceries and guards the found in the Grand Library of Raya Lucaria Academy. This is an optional boss as players don't need to defeat it to advance in Elden Ring, though they do need to defeat it to advance further in Raya Lucaria Academy and to achieve a certain ending.

Head out the door south of the Schoolhouse Classroom Site of Grace and along the corridor past several Glintstone Sorcerers. Once you get into the next room, turn west and head up both flights of stairs, then head east down the hallway to the fog gate leading to Red Wolf of Radagon. [Map Link]

The Best Tips for Red Wolf of Radagon:

Bait and Slash: Stay reactive and don't get greedy. Wait for attacks with long recovery times like Rearing Bite, Blade Plunge, and Glintstone Cometshard, nail the dodges, and get in only as many hits as you can afford before going back on the defensive. Experiment to figure out whether your weapon deals more damage with a few quick hits or one charged heavy attack. Don't bother attacking if there are Magic Glintblades active, or you're likely to take more damage than you inflict.

Turtle Up: All of the Red Wolf's melee attacks deal Physical damage, so if you're good at stamina management you can get a lot of mileage out of a shield with 100% Physical reduction. Try to keep your shield up as often as possible as long as you've got the stamina for it, since its Bite attacks can come out of nowhere and cover a surprising amount of distance. Check the combo chart to see when it's safe to get in a guard counter and try to build towards breaking its considerable stance.

Baby in a Corner: The Red Wolf will usually dodge ranged attacks, so try to maneuver it into a corner to limit its range of motion. Take advantage of the windups for its attacks to get in hits, but be ready to dodge those attacks as soon as you're done casting.

Magical Melee: Ignore its ranged dodges entirely by using close-range spells rather than projectiles. Follow one of the melee strategies, but instead of attacking with physical weapons use spells like Carian Slicer or Catch Flame. Weapons that deal physical damage but scale on Intelligence and Faith, like Rosus' Axe or Winged Scythe, are even more effective due to the Red Wolf's high elemental resistance.

: Attack can be spell parried 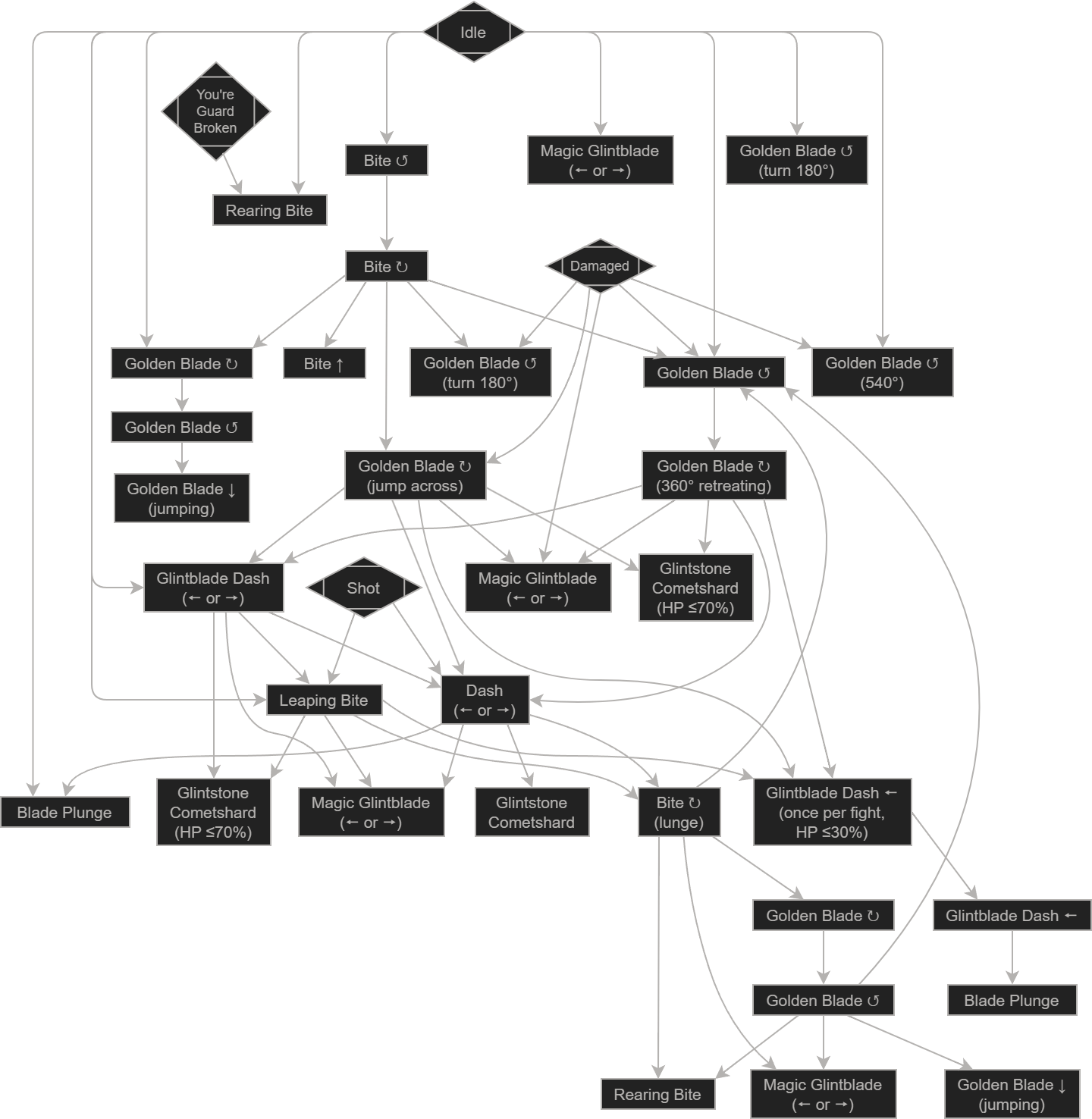 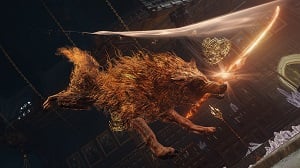