A spiritual knight atop a steed, wielding a polearm capable of casting sorceries. Her horse allows her great mobility, and her weapon allows her to cast a deadly Greatbow to take down her enemies

Royal Knight Loretta can be found at the Moongazing Grounds in Caria Manor. This is the large circular platform northwest of the manor, reachable by first getting to the upper level. Map Link.

Loretta is a straight forward encounter with easily discernable patterns. She frequently uses glintstone sorceries which are telegraphed by the flash of a blue rune. She will frequently use Glintblade Phalanx which have a long delay before they fly towards her target. Use this time to create some distance between you and Loretta and then sidestep the projectiles. You can also hit her once or twice during the Glintblade Phalanx summoning animation before running away. If you have plenty of stamina and the timing of Loretta's melee attacks down (see below), you can dodge both Glintblade and lance attacks at close range to keep her in stabbing distance.

When below 50% health, she will begin using her Greatbow to deal immense damage. The bow is clearly visible when she is about to use it but the attack requires precise timing to dodge. Learn to anticipate when she is about to release the arrow and then dodge to the left or right. Do not dodge backwards as the projectile explodes on impact and will catch you as you try to evade. She also uses a jumping variation of the Greatbow which can easily be evaded by running or dodging under her.

For her melee strikes, dodge under her polearm's starting position for diagonal strikes and through the horizontal sweeps. Her overhead slash has decent tracking and requires more precise dodge timings.

It may be beneficial to entice Loretta over to the confined area up the stairs to the left as you enter the arena. The central edifice can be used for cover against attacks, while offering good healing opportunity. Meanwhile, Loretta will be boxed in, helping to keep her at melee range. She will teleport around this area, if you get too far away. You can get free hits in during her teleportation animation.

The strategy remains largely the same for Magic and Ranged users with the exception that you should try to maintain your distance. You may have an easier time getting hits in during her spell cast animations compared to melee users. When fighting her at range, consider using summons to distract her or else she will frequently try to close the distance and her horse makes her extremely mobile.

Incantation users should bring Lightning Spear for the fight and pair with incantations/items that reduce magic damage to make a fight much easier. 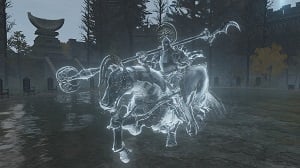 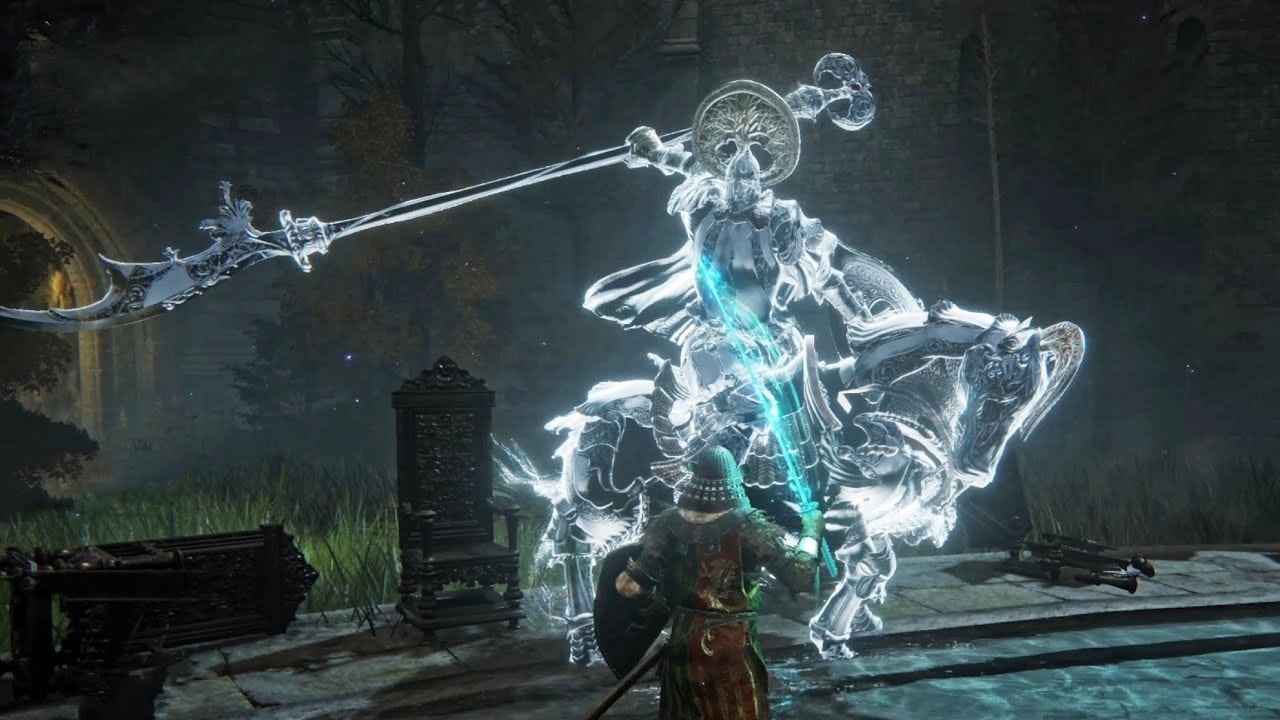 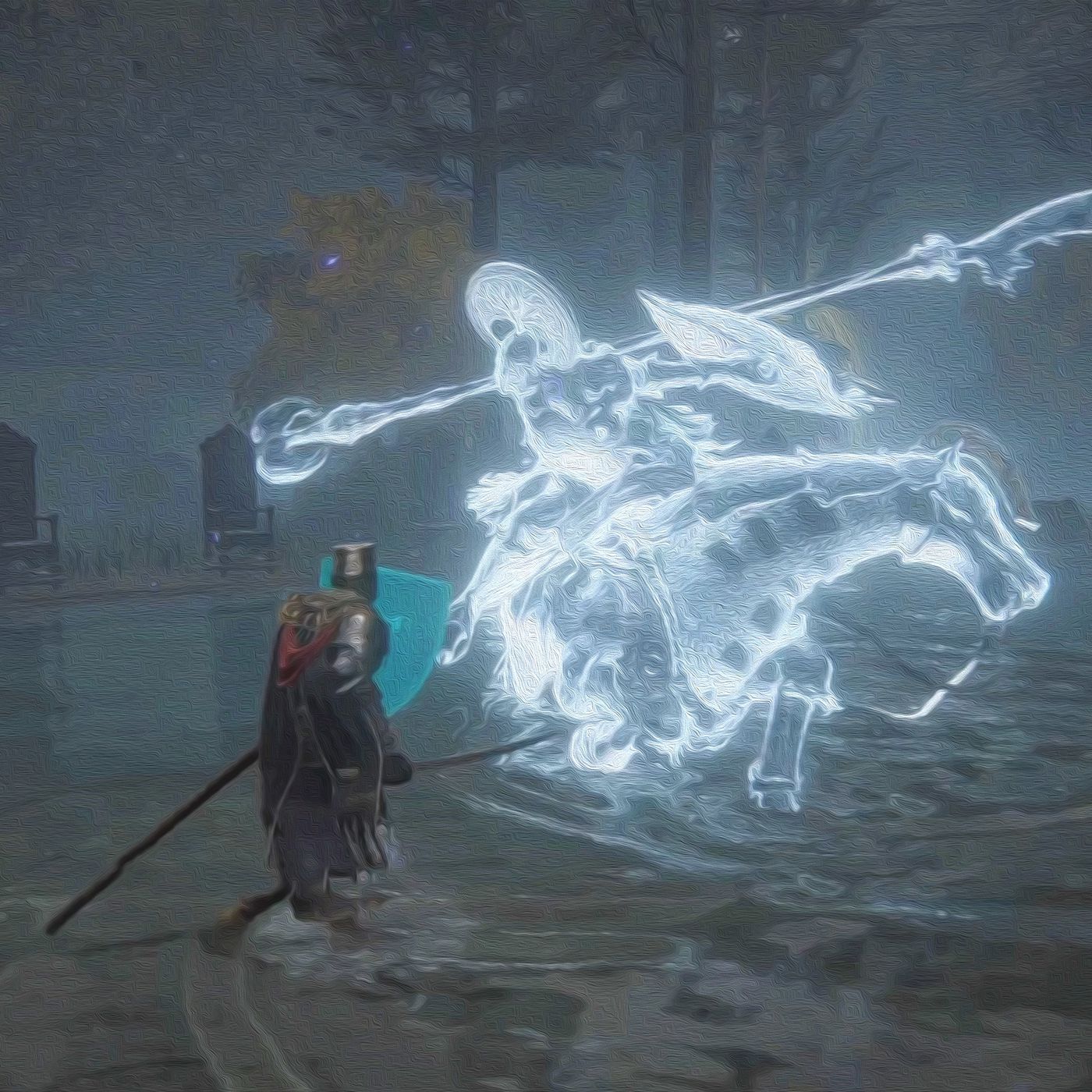