There is a mob version called the Lesser Spirit-Caller Snail.

A strange snail-like creature that gives off a pale glow. While weak on their own, they summon forth spirits from beyond to fight on their behalf. But once the snail dies, the spirit will vanish.

Spiritcaller Snail is a Field Boss found in Road's End Catacombs. It can also be found later in Spiritcaller Cave.

The Best Tips for Spiritcaller Snail :

Road's End Catacombs: The biggest threat in this boss fight is the spirit that the snail summons. Avoid the spirit and look for the snail. It is invisible, but it can be identified by the faint glowing light on the ground. If the Summon is in your way you can fight it and defeat it, and once you defeat it, the Snail will shortly become visible. You will be able to hit it a few times, then the Snail becomes invisible again and teleports to another point inside the arena. If you give the Snail enough time, it will summon the spirit again. If you are defeated and attempt to fight again, you will find it in the same places it was before, and it will teleport at the same point, so if you remember where it was, it will be very easy for you to defeat. The Summon will vanish after the snail is defeated.

If you choose to defeat the summon for this encounter, the spirit summon order is as follows:

When facing the Crucible Knight, he gas a basic set of swinging and stabbing melee attacks. He will opt to walk and not charge towards players if you separate yourself giving you enough time to locate the snail and insert a hit. If avoiding the attacks, roll through them or sidestep as they occur. This movement speed also makes it easier for ranged players to deal attacks while the enemy makes its way over.

Spiritcaller Cave: The snail is always present while you fight the spirits, but usually invisible. You can locate it by finding a faint glow on the ground. You may avoid the Godskin Apostle and Godskin Noble. Defeating the summoned spirits only makes the snail visible for a brief period.

This boss has no dialogue 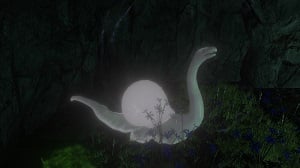 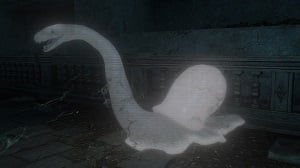