Spirit Ashes in Elden Ring are the fallen souls of the countless Enemies you defeat in the game. As the player progresses the game, they will be able to encounter certain Skills such as being able to summon the spirits of the fallen enemies, and upon calling their fallen souls, they can aid the player in combat. And apart from your Skills, Spells, Weapons, and Armor, the use of summoning Spirits is yet another combat feature that adds more options on how you want to approach certain situations. This feature where you can summon is an offline feature and is different to where you summon your friends or other players which is available in Online co-op play. This page covers a list of all the Spirits featured in Elden Ring.

In order to summon Spirits, you'll first need to find their corresponding Spirit-Caller's Ash. Once in your possession, you can use the ash as an item to summon the selected spirit to aid you in combat.

Summoning Spirits will usually consume FP. Only one summoned spirit can be active at any given time, and you won't be able to summon them while in multiplayer. 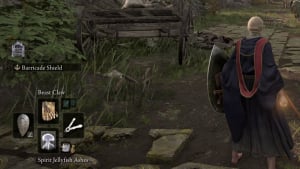 Quick Search of All Spirits