Trolls are tall humanoid creatures with a distinctive hole in their chests. They are descendants of the Giants, who were mortal enemies of the Erdtree, yet in the War against the Giants, they fought for the Golden Order against their brethren. Some trolls are also loyal to the Carian royal family - these Troll knights can be found carrying the Troll Knight's Sword. The stone hammer that the Stonedigger Trolls carry were ceremonial relics used in smithing, an act that was once seen as divine.

This is an optional boss, as players don't need to defeat it in order to advance. These towering creatures may have a tough exterior, but they can be easily toppled; beware of their high level of Hardness, but overcome it and they are easily staggered. Sleep is also effective for this fight due to the Troll's low resistance to the status effect. They drop the Roar Medallion and Great Club when defeated.

Trolls can be found as a regular enemy in the Lands Between.

Trolls are descended from the giants, and their hammers were supposedly once used as ceremonial smithing tools. In the distant past, smithing was considered divine.

Where to find Stonedigger Troll in Elden Ring

The Best Tips for Stonedigger Troll:

The Troll has high Hardness, so most one-handed melee attacks will rebound off it preventing you from landing chain attacks. You can prevent this by two-handing your weapon or using a weapon with higher Hardness. Also, beware of its large area-of-effect attacks and give yourself plenty of time to move out of the way or roll through them. Otherwise, the safest place to be is near his feet, and ideally behind him as well. You can still get hit by his Stomp, but follow-up moves will mostly miss you.

Stance Breaking: Since the troll has very low Stance, it doesn't take many fully-charged heavy attacks or jump attacks to get it to collapse onto the floor. Land a critical hit if you want, or just land more blows until it gets back up.

The Troll is slow but hits with large area-of-affect attacks, so make sure you aren't caught in them. It's best to use a shield in one hand and your staff or seal in the other, in case you need to guard in an emergency. Bait his attacks, then roll away to create separation before casting. 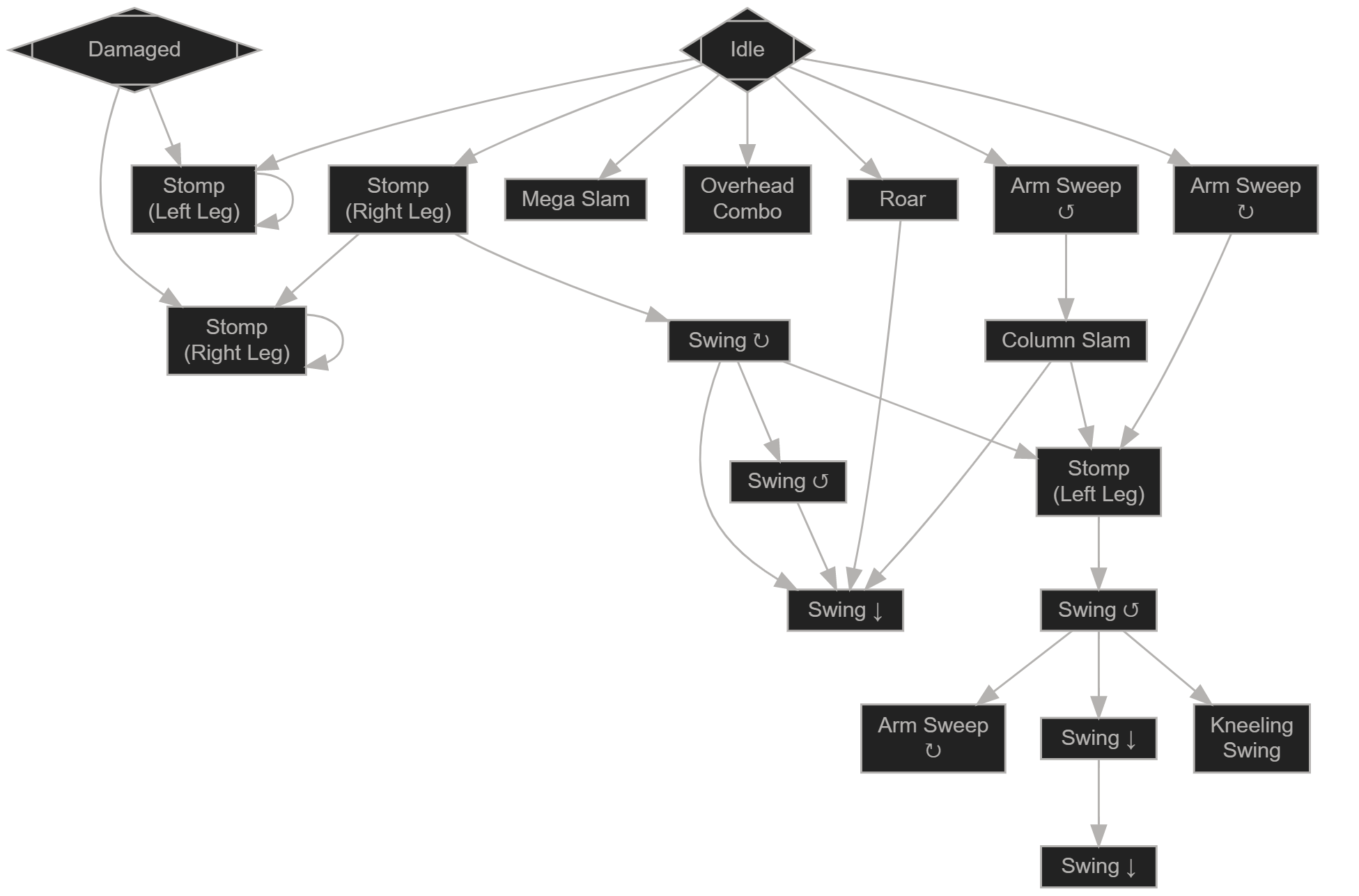