Sword of Night and Flame is a Straight Sword in Elden Ring. The Sword of Night and Flame scales primarily with Strength, Dexterity, Intelligence, and Faith and has a powerful Unique Skill, Night-and-Flame Stance, which allows the user to hold the sword level and follow up with a normal attack to cast the Comet Azur sorcery or a strong attack to sweep forward with a burst of flame causing Fire Damage.

Storied sword and treasure of Caria Manor.
One of the legendary armaments.

Astrologers, who preceded the sorcerers, established themselves in mountaintops that nearly touched the sky, and considered the Fire Giants their neighbors.

Sword of Night and Flame Location in Elden Ring

The Sword of Night and Flame weapon can be found in Caria Manor in a locked room behind the gardens in the east side of the manor.

Begin at the Manor Lower Level site of grace and proceed east across the rooftops, being wary of any spirit soldiers that may appear. From the first intersection, head north and continue down the pathway until the next junction is reached. 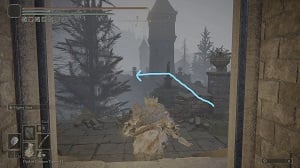 At this next junction, face north and continue for a few steps. 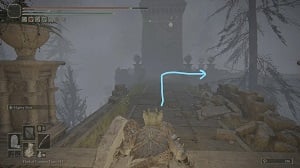 Looking down over the edge of the walkway (around halfway through to the next junction), you should see a platform containing a ladder. This is your goal -- see image below. You can jump from the walkway down onto the upper roof, then down again to reach the platform where the ladder is. 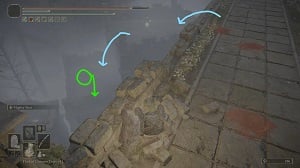 Once you've descended the ladder, there will be a chest containing the sword next to a chair near the center of the room. 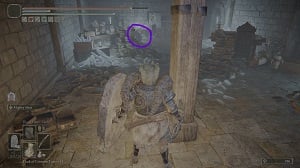 Sword of Night and Flame Buffs

Sword of Night and Flame Upgrades in Elden Ring