Tree Sentinels are Field Bosses in Elden Ring. These heavily armored knights ride large steeds and carry powerful halberds. Although players are likely to encounter one in their first steps out into the Lands Between, it's wise to leave it be at first and return stronger and more experienced. They are optional bosses, as players don't need to defeat them in order to advance in Elden Ring.

Where to find Tree Sentinel in Elden Ring

Tree Sentinel can be found in:

The Best Tips for Tree Sentinel:

In and Out: Wait for Tree Sentinel to finish an attack and get in a quick hit or two before rolling away to avoid the follow-up. Allow it to approach you again and repeat. A good shield can help buy you time to escape, especially since many of its attacks have substantially different timings so learning how to dodge them all is challenging. Once it enters Phase 2, be sure to preserve enough stamina to run away and roll when it starts winding up a Shield Crush.

Shield and Poke: Any weapon with a thrusting light attack, such as Short Spears or Rapiers, can be used while guarding. Stand to Tree Sentinel's right and a little towards its hind leg, so that some of its attacks swing over your head and miss. Stay as close as possible, keep your shield up whenever possible, and poke with thrusting attacks. You'll still get hit sometimes which will drain your stamina, but the gaps between its attacks tend to be long enough for you to recharge your stamina. Only lower your shield in order to close distance. This strategy allows you to avoid learning dodge timings except for distance-closing moves like Charging Attack and Leap Attack. Once his health bar reaches 25%, you can summon Lone Wolf Ashes to whittle down the remainder of its health.

Parries: Almost all of Tree Sentinel's most frequent attacks are parriable, but the timing is tricky for many of the normal Side Swings. The easiest way to defeat it with parries is to learn the timing for Charging Attack and Leap Attack specifically, then stand a ways away to bait those. Once you land a parry, hit it with a charged heavy attack and then back off to provoke another Charging Attack or Leap Attack. Once it hits Phase 2 you'll need to be able to dodge its Shield Crush move as well, but it'll do that less frequently than its more punishable moves.

RL1 Wretch: Use Barbaric Roar and then perform jumping attacks whenever Tree Sentinel is after an attack. With Low weight Tarnished can still survive most of the attacks and has a fastroll, which allows to escape difficult situations with ease.

Although Tree Sentinel's Golden Retaliation ability can make magic strategies frustrating at first, its attacks are very telegraphed. So once you learn when it's safe to shoot it, the fight gets much easier. Use a shield to block if necessary, then focus on keeping your distance and shooting it when it's in the middle of an attack. If you're using a spell with shorter range, like Carian Slicer or Catch Flame, then you'll need to play more like a melee build and follow up his attacks with these spells.

You can use horseback to make this fight even easier as long as your spells have enough range. Just be careful not to cast a spell while it prepares Golden Retaliation.

The Tree Sentinel is directly northeast from The First Step Site of Grace, and is usually visible immediately upon exiting the elevator up from the tutorial area. It patrols back and forth along the road to the Church of Elleh. [Map Link]

These Tree Sentinels guard the southern gate between Altus Plateau and the Leyndell outskirts, although you can run through the gate without defeating them first. They patrol the stairs directly east of the Altus Highway Junction Site of Grace. [Map Link] 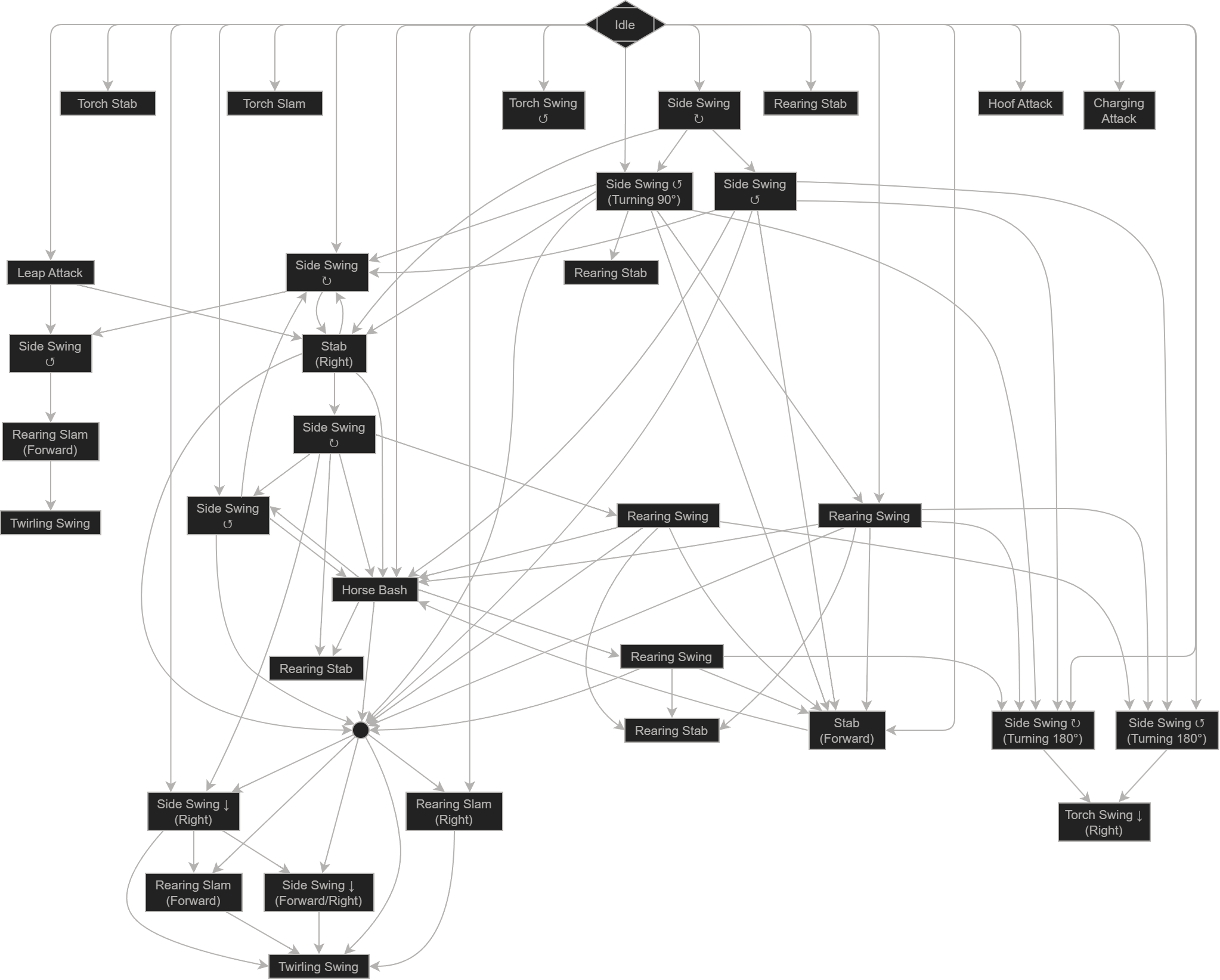 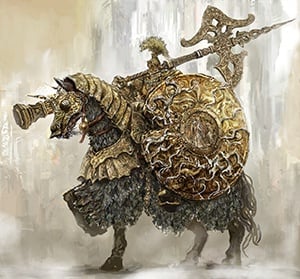 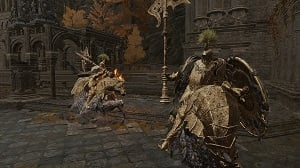