White Mask Varré is an NPC in Elden Ring. White Mask Varré is encountered near the start of the game, right by The First Step Site of Grace, and will offer advice to the player. He can be found multiple times in different locations as the story progresses.

Oh yes... Tarnished, are we? Come to the Lands Between for the Elden Ring, hmm?
Of course you have. No shame in it.
Unfortunately for you, however, you are maidenless.

White Mask Varré can be found in various locations throughout your adventure:

After defeating Margit, The Fell Omen and accessing to Roundtable Hold

Choosing "I don't need a seat"

Talking again, after choosing "I don't need a seat"

Visit after killing Godrick or obtaining any other Great Rune

Choosing "They were magnificent"

Visit at the Rose Church, after using the Finger three times.

After returning with the blood-soaked Favor.

Talking again, after receiving Pureblood Knight's Medal but before using it.

Upon invading him near the Mausoleum Dynasty Midpoint grace.

When killed while invading him.

Final dialogue when talked to after invading him

"Feel free to go off and die in a ditch somewhere." 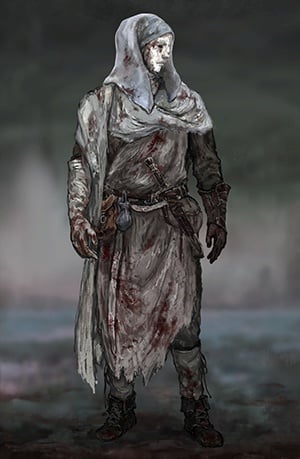 TRANSLATE with x
English
TRANSLATE with
COPY THE URL BELOW
Back
EMBED THE SNIPPET BELOW IN YOUR SITE
Enable collaborative features and customize widget:
Back