A weapon unique to the Alabaster Lords, a race of ancients with
skin of stone who were said to have risen to life when a meteor
struck long ago.

Where to Find Alabaster Lord's Sword in Elden Ring

The Alabaster Lord's Sword weapon can be found at the following location:

Below shows where the platform activation is at.  You will know it it the correct one if it lifts you up with it.  It has a ladder to climb down from it on the South West corner. 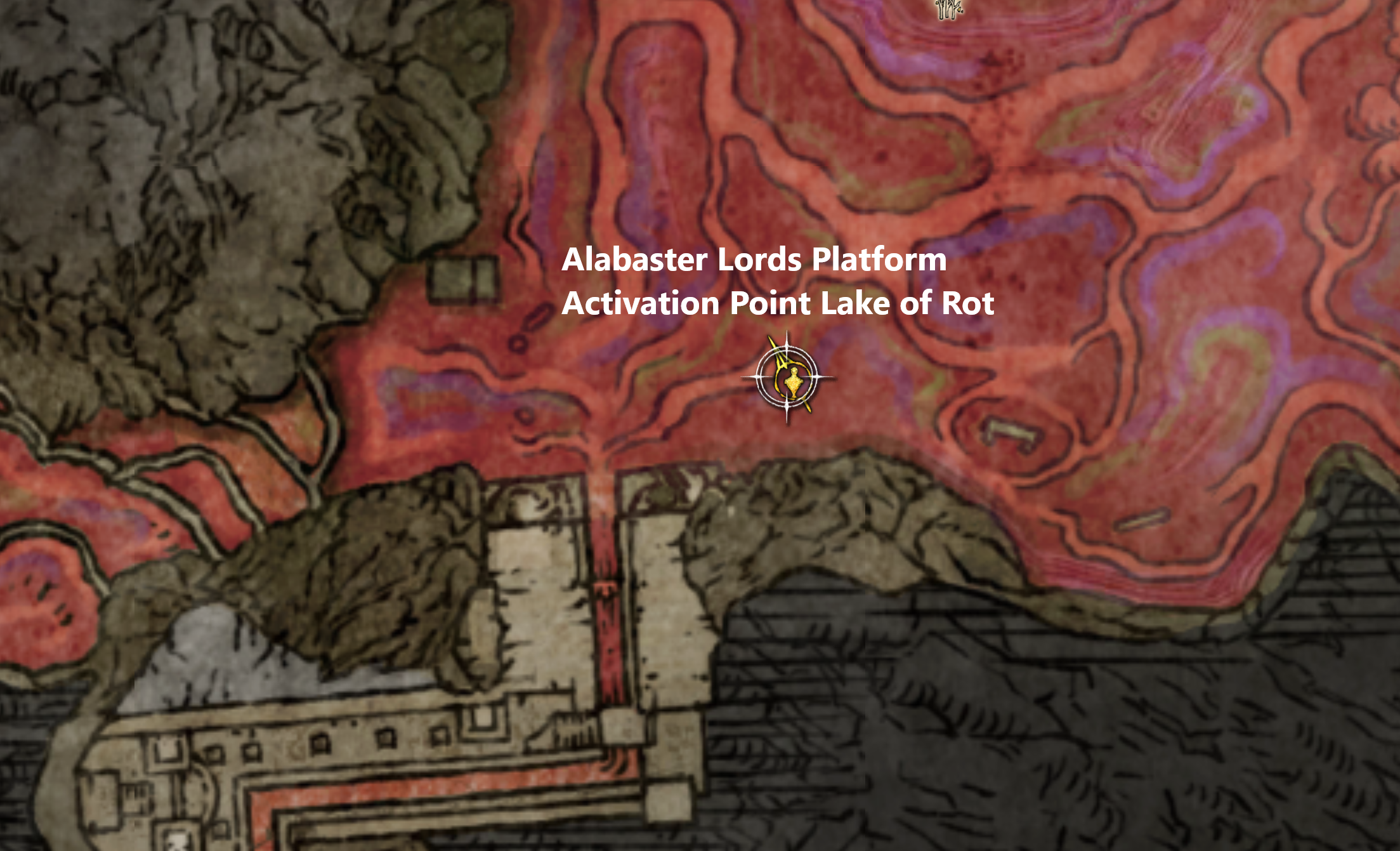