Bosses in Elden Ring are powerful enemies that adds challenging experiences in the game. Elden Ring Bosses are encountered throughout the game and some are unavoidable bosses that you must fight in order to progress through the story, while the rest are optional. Each boss features their own unique set of moves and behaviors, gear, and an immense amount of health. Successfully defeating a boss grants the player various resources as rewards that can help with character progression and equipment upgrades. This page contains a list of all the bosses encountered in the game.

However, at some point, some of those who were blessed, lost their grace, was exiled and labeled as the Tarnished. As time passed, for unknown reasons, the Elden Ring was shattered across the lands and its pieces were picked up by many of the 6 demigods, where they inherited different powers and have physically changed and twisted due to being corrupted by the power.

The Demigods of Elden Ring

Upon recovering the shards of the Elden Ring, each one of them inherited different powers, and due to their innate corruption, each one of them fell into chaos and madness which warped their appearance. As horrifying as they may look, according to Hidetaka Miyazaki, they "wanted to depict these beings as not just creatures and horrible monsters, but have an element of heroism and an element of mythology to them." 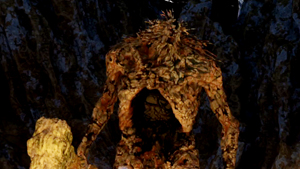 Limgrave, Limgrave Tunnels: A large troll that wields a large club and has a body that is composed of stones. 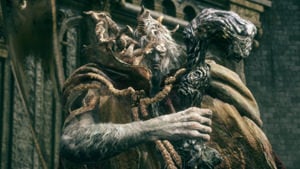 Stormhill: "A lowly tarnished, in search of the Elden Ring. Emboldened by the flame of ambition. Someone must extinguish thy flame. Let it be Margit the Fell!" 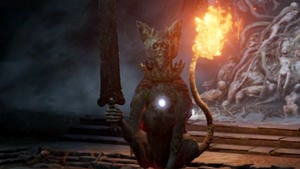 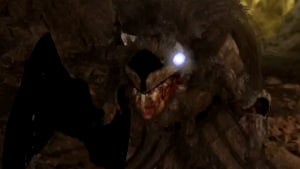 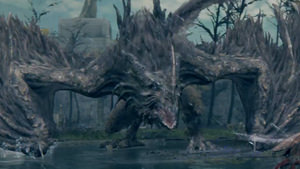 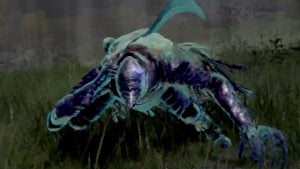 Stormhill, Forlon Hound Evergaol: The merciless bloodhounds attack with grace and agility, never backing down or giving a moment's rest. 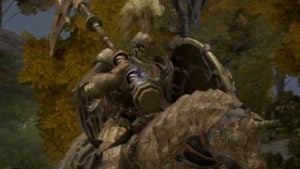 Limgrave Road: The heavily armored and highly decorated sentinel protects the tree. Who would dare oppose him? 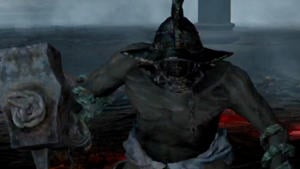 Murkwater Catacombs: Shall you attempt to ransack Limgrave's catacombs, you should prepare to face its Warden. 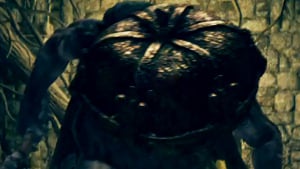 Post Town Remains:The breaking disrupted the flora and fauna of the region. Some took a rather intense liking to the larger plants that emerged. 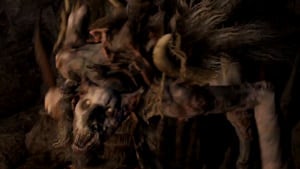 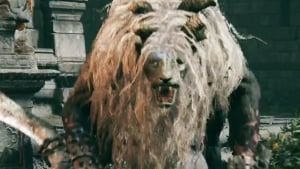 Stormhill, Stormveil Castle: The Lion Guardian of Stormveil has been coherced into service by cruel means. 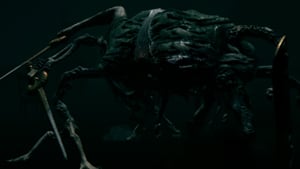 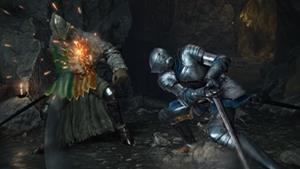 This Boss is not required to leave Fringefolk Hero's Grave. he serves as an introduction to Boss fight mechanics. 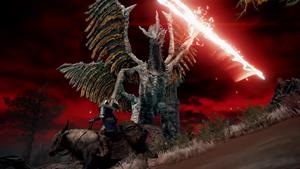 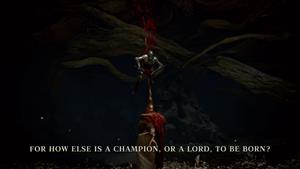 Malenia is a red-haired, valkyrie boss found among a field of white flowers 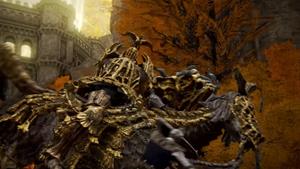 This Boss is the Guardian of a Castle. He uses a heavy axe with one arm, and huge heavy shield that he also uses to attack. This Boss is mounted and it's Mount can also attack as part of his combos. 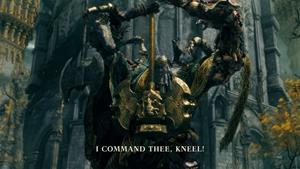 Clad in green robes and sprawling many arms, he is The Lord of All That is Golden.
Ruler of Stormveil. 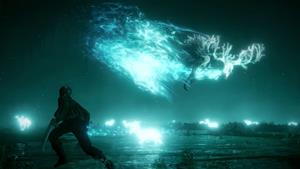 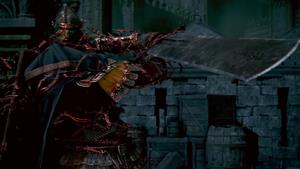 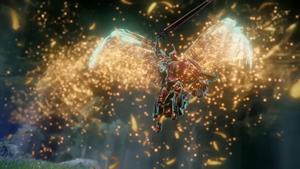 One of sixteen ancient knights who served Godfrey, the first Elden Lord. 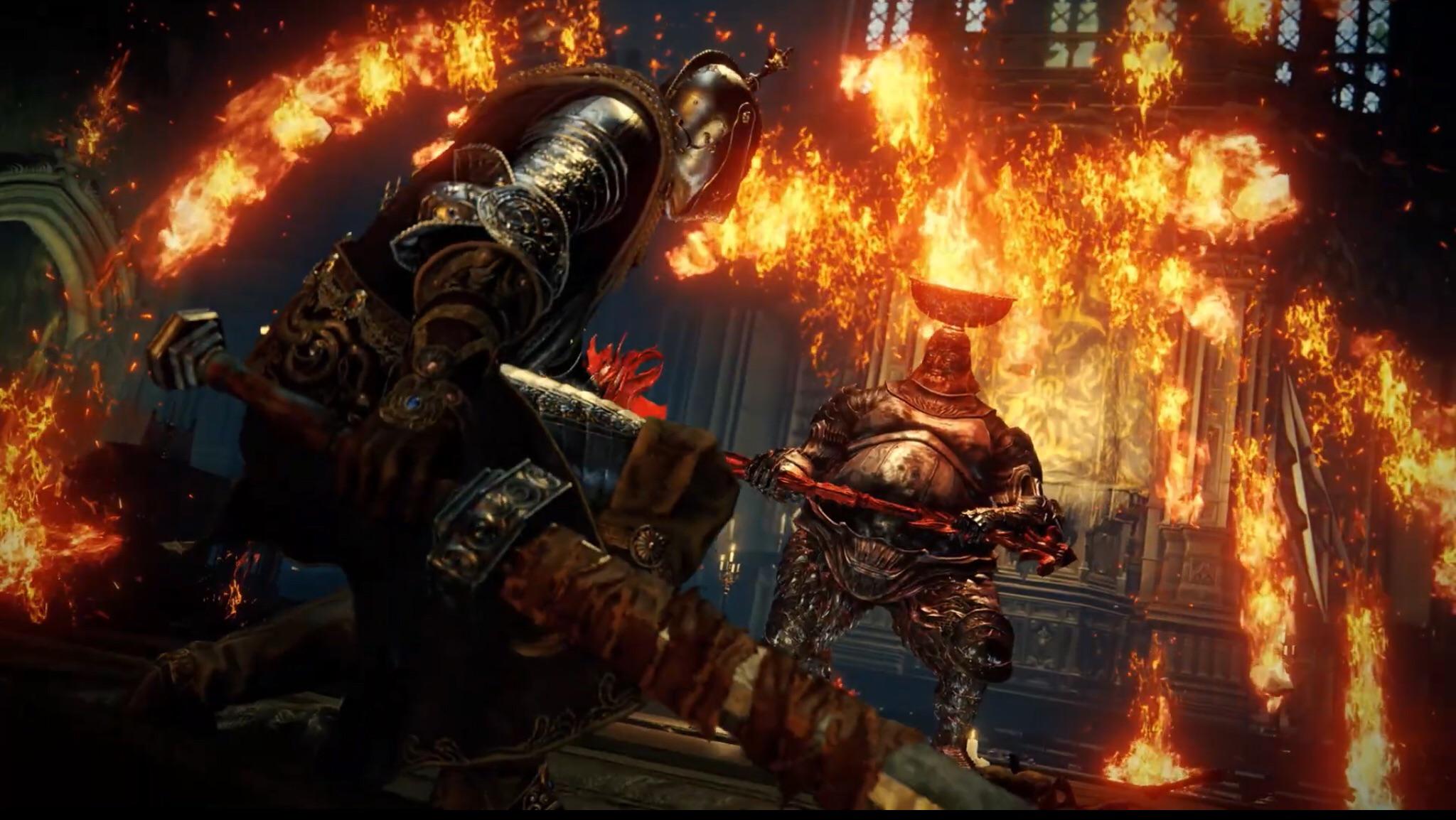