Brother Corhyn is an NPC in Elden Ring. Brother Corhyn is a holy practitioner who will teach you practical faith-based Incantations in exchange for Runes. You will encounter him once you've reached the Roundtable Hold.

Welcome to the Roundtable Hold. I'm Corhyn, a man of the cloth.
I teach incantations, the strength granted us by the Two Fingers, and explore the secrets of the Golden Order.

At the Altus Plateau:

Bridge above Road of Iniquity Side Path:

At Leyndell, Ashen Capital (if the Tonic was NOT offered) 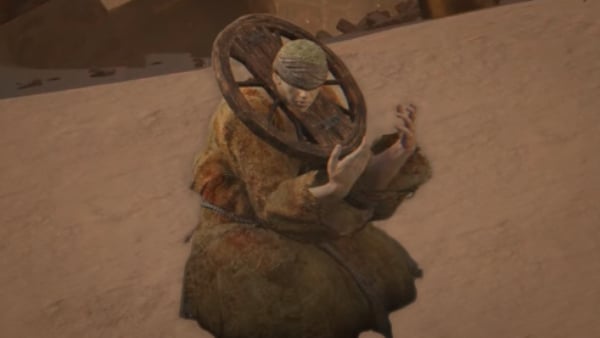 Brother Corhyn at Leyndell, Ashen Capital, at the end of his questline.