Locations in Elden Ring are vast and interconnected. The world of Elden Ring is no longer a continuity of “levels”, but players will now see vast landscapes in between the “dungeon-esque” areas. The larger world scale allows for freedom, promotes exploration, and introduces new and exciting mechanics, such as Horse Riding and Mounted Combat. Towns won’t be full of villagers, merchants and the like. There will be ruins, dungeons and exploration hubs.

As Souls, there is no vast population of NPCs. This page contains a full list of all the locations in the game where players will encounter various enemies, bosses, NPCs, and various events as they progress throughout the game. During the Summer Game Fest, many panoramic views of diverse Locations were shown. The dark and brooding medieval style returns in typical FromSoftware fashion, this time accompanied by wide and vast decayed areas, in a brand-new open world waiting to be discovered.

The Lands Between is the world of Elden Ring, and to those who live in The Lands Between were blessed by the Elden Ring and the "Erdtree". Those who were blessed by the Elden Ring are characterized by having a golden aura that can be seen in their eyes. However, at some point, some of those who were blessed, lost their grace, was exiled and labeled as the Tarnished. As time passed, for unknown reasons, the Elden Ring was shattered across the lands and its pieces were picked up by many of the 6 demigods, where they inherited different powers and have physically changed and twisted due to being corrupted by the power.

How do I travel in Elden Ring?

Horseback riding is a mechanic that is highly featured in Elden Ring. With the use of Mounts, players can use these animals to reach certain points of the world. It is highly recommended by Hidetaka Miyazaki to fully explore The Lands Between to find weapons, magic, and skills that are hidden in the open world. Apart from travelling on foot or by mount, a Fast Travel mechanic is also available to travel long distances.

Spiritsprings can be found next to high cliffs and by stepping on them, you will be launched vertically up in the air to then land over the cliff, gaining a lot of altitude shortly. This will help players avoid taking long stairs to climb up high cliffs. It also can be used as a way to escape from danger. 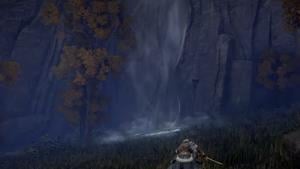 The Weather in the game will also be dynamic, there's also going to be night and day. Weather in some places can become dangerous and make a hostile environment for the player while roaming around. Night & Day mechanic is also confirmed. Surely some Events will depend on the time of the day. 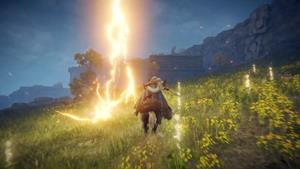 Elden Ring features a central hub that leads to the 6 main areas in The Lands Between, but according to Hidetaka Miyazaki, this central hub is not avaialble at the start or beginning of the game, but instead, you will encounter this at a later part of the game through progression. Each main area across The Lands Between is composed of its dungeon and overseeing Demigod (Boss) and it is up to the player on how they want to approach and tackle these areas.

As you explore The Lands Between, you will come across other catacombs, castles, and fortresses that are outside of the main dungeons where you can discover various secrets and hidden gems such as unique skills that can be learned for your character. Some platforming elements can be seen on the Gameplay Preview launched on November 4th 2021, but not too much.

Sites of Grace, work as the classic Bonfires of the Dark Souls Saga, they act as a place of rest for the player. As the world in Elden Ring is much more open than any other previous Souls game, it is possible to get lost or to be confused about where to go next, but Elden Ring offers hints of guidance: Sites of Grace will manifest rays of guiding light in order to guide the player where it's convinient for them to go next. But players are always free to choose whether to follow this guidance or head off to explore in a different direction.

On Sites of Grace you can also level up, and replenish some stats and resources. Also whenever you die, you can choose to respawn in any Site of Grace you've already found. 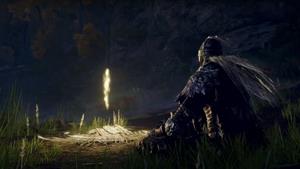 Stakes of Marika are statues found usually before fully entering a new location where many enemies are expected, they serve as temporary respawn points. If you happen to die in a zone after visting a Stakes of Marika closeby, you will be able to choose between reviving on a Site of Grace, or that Stake of Marika. After leaving that location, if you happen again, you will no longer be able to revive there. 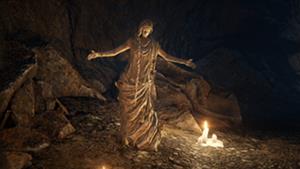 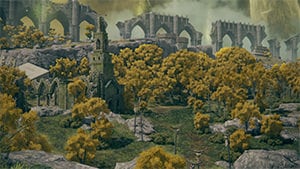 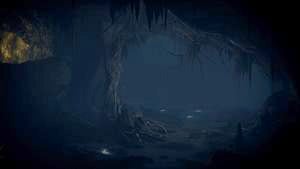 Fingefolk Hero's Grave is a dark and secluded location within the Cave of Knowledge. The confused and aimless dwell within. 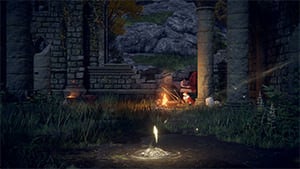 Church of Elleh is a ruined building that hides a Site of Grace. The rooftop has caved in and offers no protection from the elements, and weeds are overtaking the walls, but this doesn't stop merchants from seeking what little shelter is on offer. 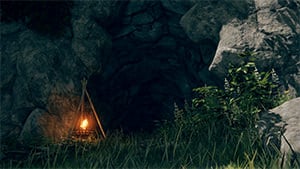 Groveside Cave is a small refuge for wildlife in Limgrave. Its proximity to water and ease of access make it a sought-after shelter against bad weather, but those who venture in don't seem to return. 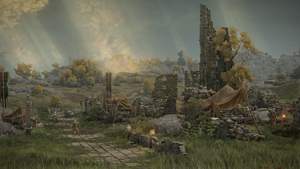 Gatefront Ruins is what remains of the now destroyed barracks near the fortification. Despite its poor state, it is a heavily guarded location by those loyal to Stormveil . 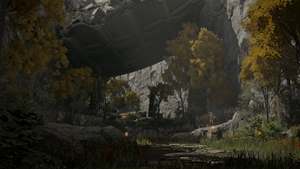 The Stormgate is a heavily guarded area that marks the border within Limgrave and Stormhill. Only the foolhardy would rush such against such odds. 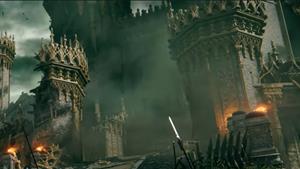 Players entering Stormveil Castle should beware that it's a challenging dungeon with groups of numerous enemies with traps and ballistas as well as mini-bosses. 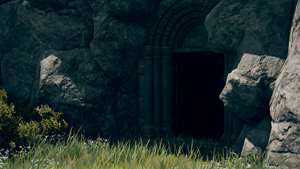 Stormfoot Catacombs were meant as a restful place for the deceased, but its now overrun by Goblins. Its deepest secrets are secured by the Guardian of the Burial Tree. 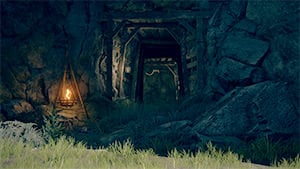 Limgrave Tunnels are a mine harvested for Glimstone. Its zealous miners don't dare venture into its hidden chambers, for fear of the hoarder Troll within. 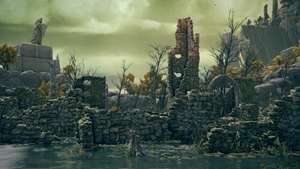 Dragon-Burnt Ruins are what remains of the housing area among Agheel Lake, long lost to the deadly attacks of the fierce Agheel Dragon. 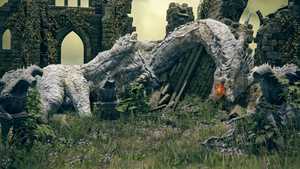 The dilapidated remains of the Church of Dragon Communion showcase the ruin that came to the land. But could a flame still linger at its altar? 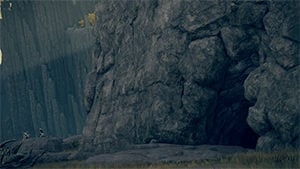 Dissenter's Cave is a dark opening on the side of a cliff. Its mossy depths are overrun by hostile humanoid creatures, but those who brave it may find passage to new lands. 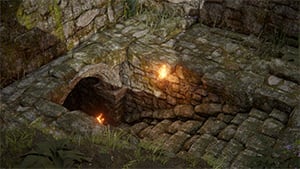 Post Town Remains consists of a group of broken buildings and abandoned campsites, now overrun with poisonous flowers and their crazed caretaker. 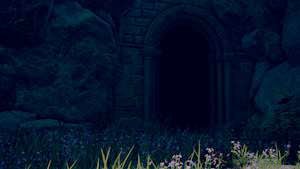 An underground cemetery that is located at the north-east side of Agheel Lake in Limgrave. Once a place that is used where fallen heroes are laid to rest, but has now become a den of goblins. 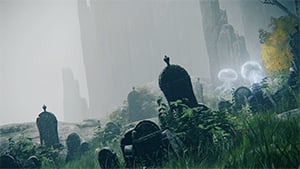 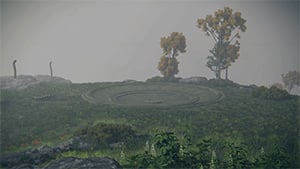 The Brave and Foolish alike dare venture into the Forlon Hound Evergaol and face its relentless knight in battle. 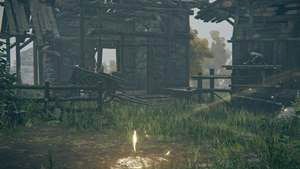 The Scavanger's Shack is a dilapidated shelter formerly used to house hunters in the area. A Site of Grace offers a needed moment of rest for those traveling nearby.