Converted Tower is a Location in Elden Ring. The Converted Tower is found in Liurnia of the Lakes. Players can reach this location easily on foot or on horseback by following the marshes in the southwest of the lakes up to the western landmass. Players can access its second level by climbing the decayed back part of the building.

The Converted Tower is located in the southwest of Liurnia. [Elden Ring Map Link]

All NPCs and Merchants in Converted Tower

There are a few items to be gathered at the Converted Tower. You can find a Cuckoo Glintstone just as you enter the tower. In between the tower and the walls behind it, there is a Magic Grease to be found.

To clear the puzzle, perform the Erudition gesture in front of the statue. The gesture can be obtained by giving Thops an Academy Glintstone Key at the Church of Irith.

If you don't have the Erudition gesture unlocked yet and you're skilled enough on horseback, the puzzle can be skipped by climbing the broken stone wall on the sides of the tower (either on foot or by horse) and then using Torrent to jump into the balcony from the back. While the climb up the wall can be done on foot, you must use Torrent's double jump to reach the balcony. 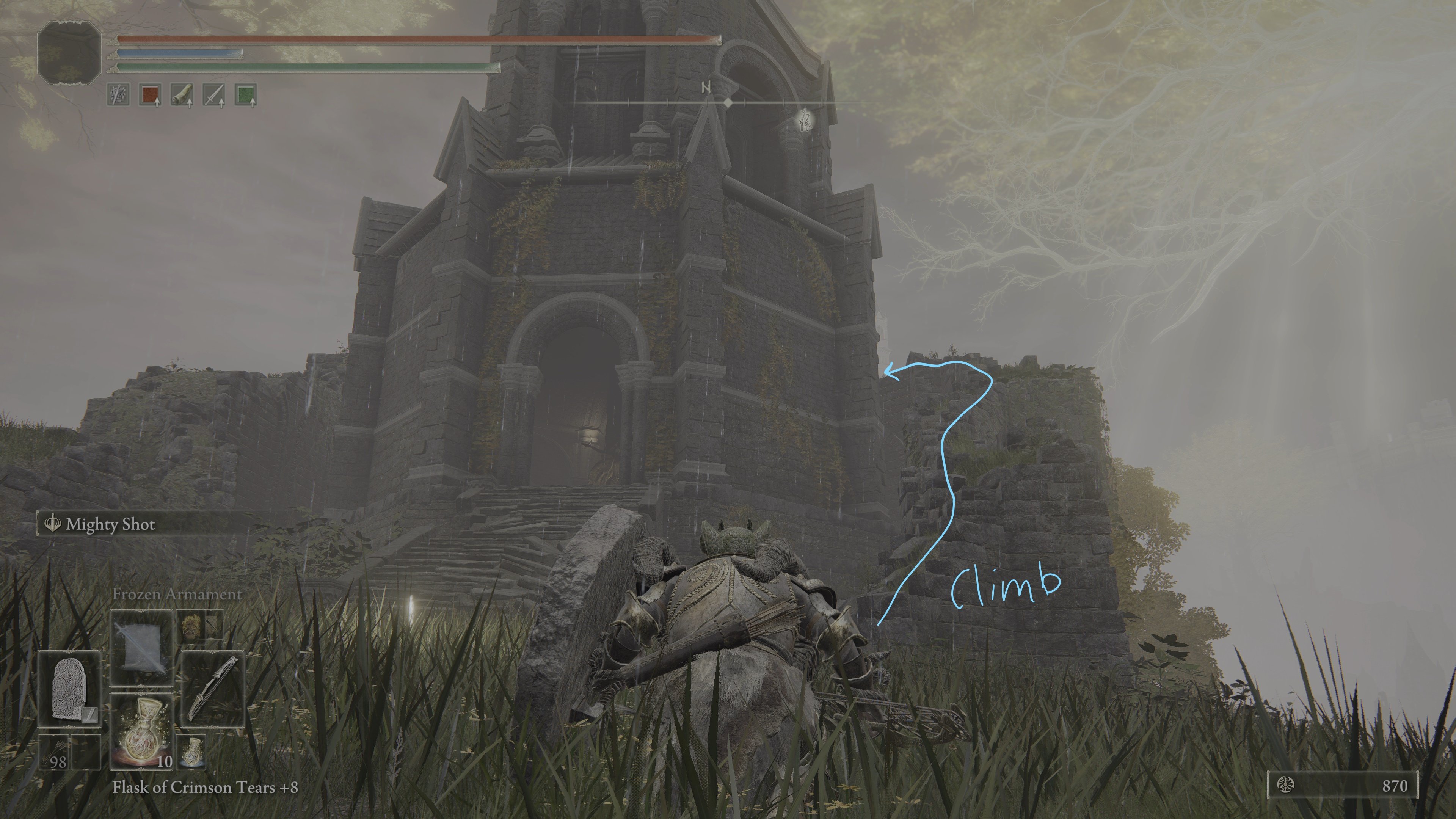 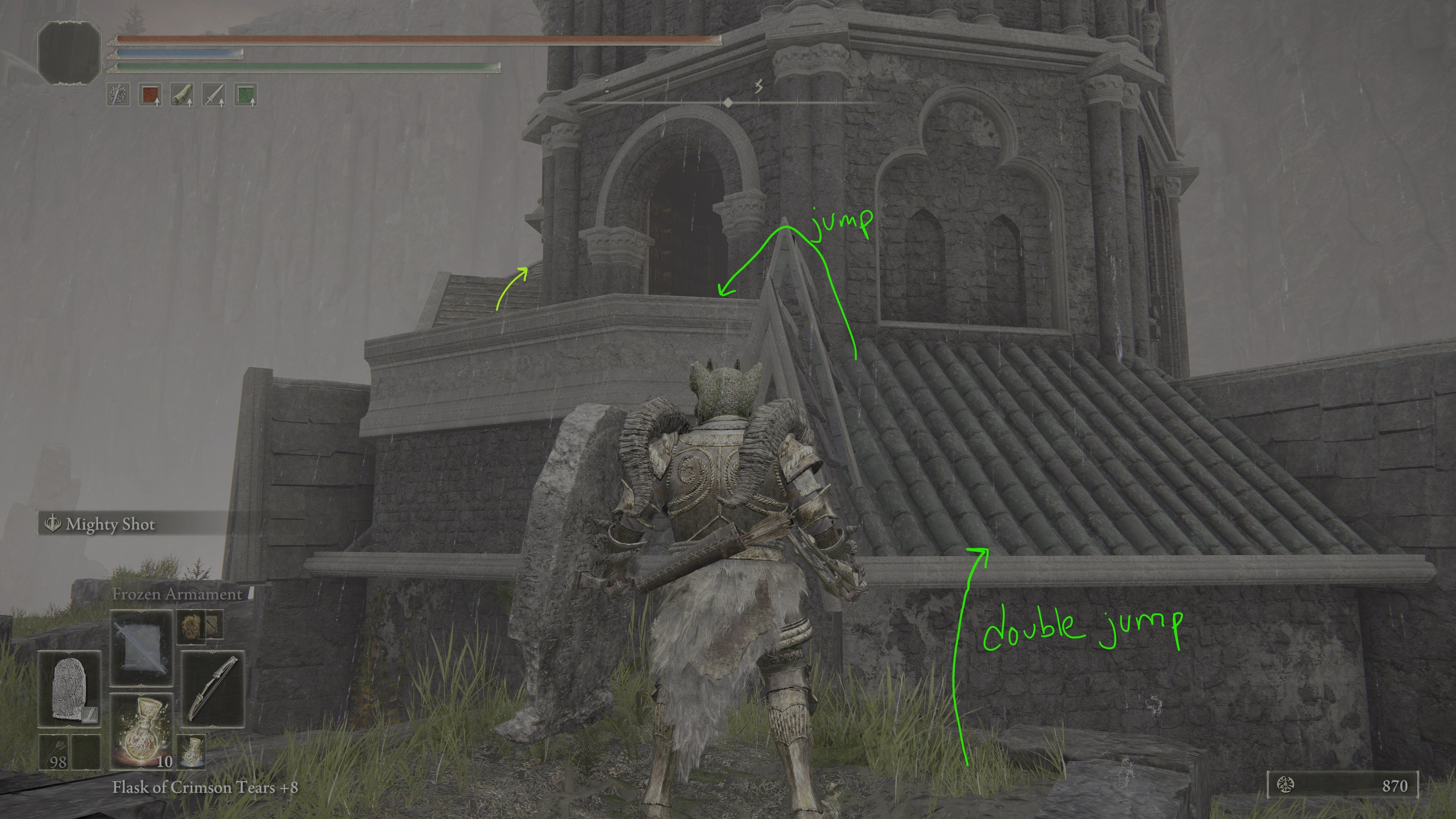 Once you reach the balcony simply climb up the steps to reach the room at the top, with the chest in the middle of it.

After collecting the Memory Stone, the seal on the door should release.

-Converted Tower appears to be very frequently mistaken for the Converted Fringe Tower, that is located northwest of Liurnia of the Lakes near the Black Knife Catacombs. This tower contains the sorceries Cannon of Haima and Gavel of Haima instead of the Memory Stone.