Highroad Cave is a Location in Elden Ring. The Highroad Cave is found in Stormhill, Limgrave. You can find the cave at the far northside of Limgrave [Map Coordinates Here]. The nearest site of grace to reach the entrance of the cave is the Saintsbridge site. Make sure to bring a Torch before entering this cave.

To reach the cave from the Saintsbridge site of grace, ride onto the bridge and jump into the updraft off the south side of the bridge. Watch out for the giant land octopuses at the bottom. Head north along the river. The entrance to the cave is a dark, unmarked tunnel on the left (west) side of the cliff wall.

See the exact location on the Elden Ring Map 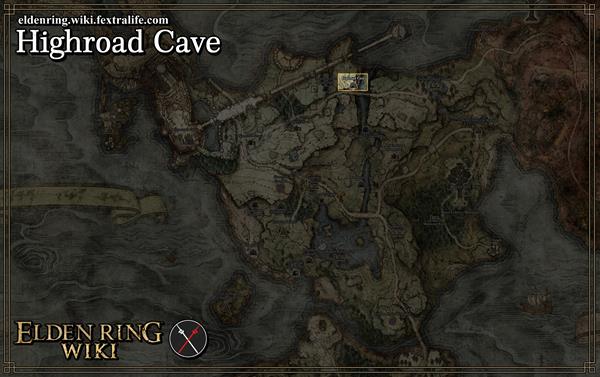 All NPCs and Merchants in Highroad Cave

It is recommended to enter this cave with a Torch. Drop down into the lower platform and continue dropping to each lower platform. You'lll move through a short tunnel that will lead to another small area with a hole. There is a Golden Rune (1) in a side cave here. Drop down to the next platforms to get to the lower levels.

Once you reach the bottom, take the lower route. The upper path will lead to a dead end. the lower will contain some wolves. Roll through the barrels to the left and continue to find a corpse with Arteria Leaves x3 .  If you loot them, there will be a wolf behind you. Drop down to find more wolves and Fire Grease. 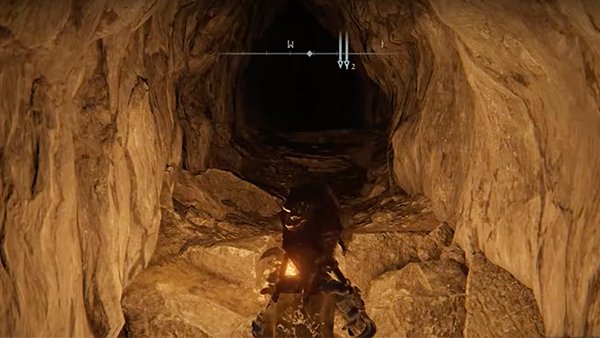 You'll eventually reach an opening and a waterfall. Expect an encounter with Giant Bats. There is a Smithing Stone (1) behind you after you have dropped for the first time. there is a cave upstream from the waterfall too with more bats and Land Octopus. You will come across Smithing Stone (2) and Golden Rune (4).

Head back out towards and drop down along the waterfall, no jumping required. Hop onto the platform with the fallen pillar and take it across to the next platform. Take out the bats and on this platform you can loot a Shamshir. Continue to your left and you will face a Giant Land Octopus and there is a Furlcalling Finger Remedy on a ledge further down the tunnels. Hop off into the bigger waterfall and go through. You are now on the right side of the cave from the central platform with the Shamshir. Proceed to the boss encounter. Defeating the Guardian Golem will drop the Blue Dancer Charm. Map Link.