Frenzied Flame Proscription is a Location in Elden Ring. The area is found beneath Subterranean Shunning-Grounds, underneath the Cathedral of the Forsaken Site of Grace. 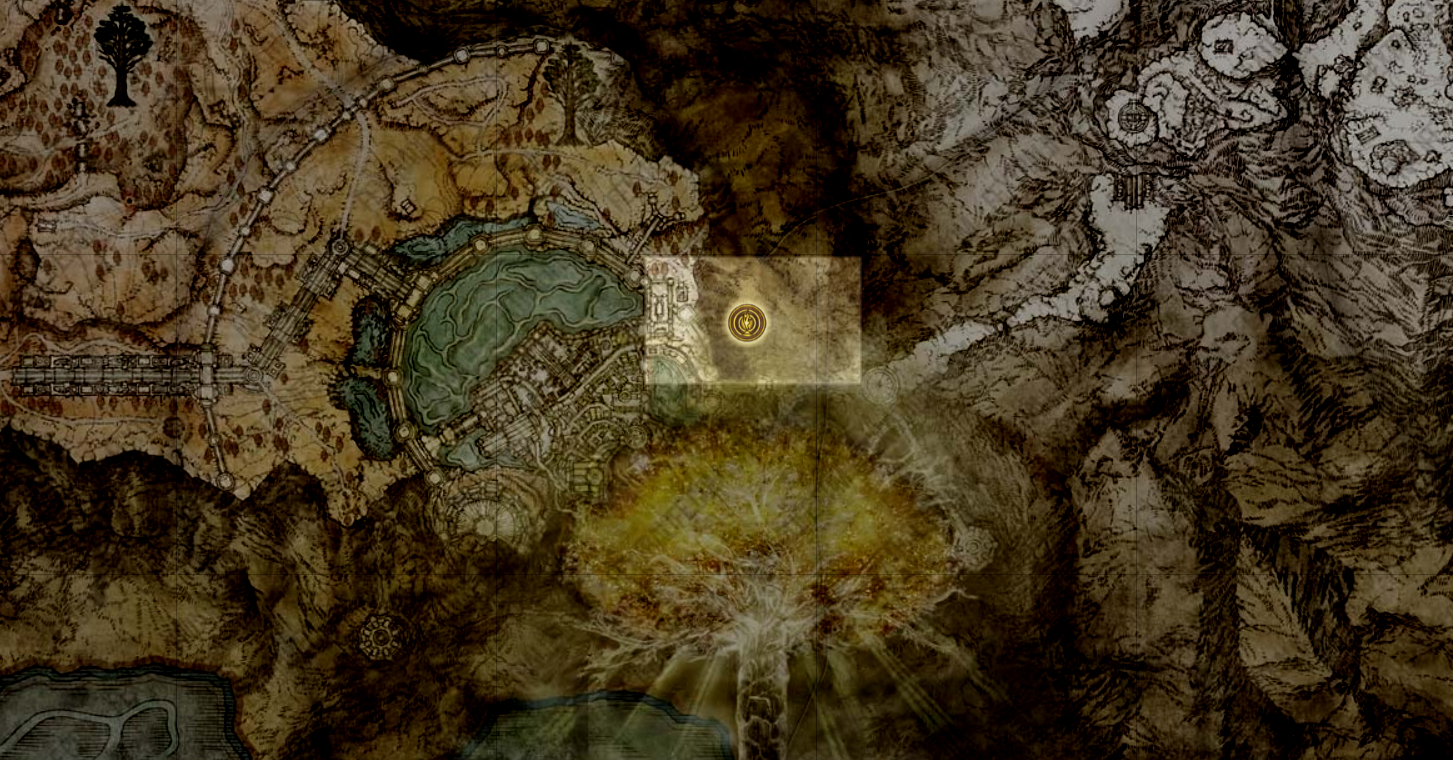 Reached upon defeating Mohg, the Omen, at Subterranean Shunning-Grounds. Elden Ring Interactive Map Link. The area is sealed until Morgott the Omen King has been defeated.

All NPCs and Merchants in Frenzied Flame Proscription

Behind the altar at the Cathedral of the Forsaken is a hidden path, which reveals a labyrinth full of frenzied corpses and musically-inclined enemies. Three beams cross a pit with treacherous tombstone platforms sticking out from the walls. The Nomadic Merchant's Set, Eye of Yelough and Note: Miquella's Needle are inside three tents. They can only be reached by getting one of the frenzied Nomads to destroy them, or by standing right next to them, then quitting and reloading the game.

There is also a corpse with the Inescapable Frenzy incantation, and a treasure chest at the lowest floor before the bottom with a Fingerprint Stone Shield at the end of a hallway. Once you have collected everything, jump to the bottom of the pit; the ground will collapse beneath you, leaving you next to the Frenzied Flame Proscription Site of Grace.

Hyetta is also here, if you've progressed her questline to its conclusion. If you seek an audience with the Three Fingers, unequip all your armor and proceed to the locked door. This action will lock you into the Lord of Chaos ending unless remedied using Miquella's Needle. You can then return to Hyetta who will speak of the objectives of the Three Fingers. Exhaust her dialogue, reload the area and collect the Frenzied Flame Seal where she once stood.

This is one of the few locations with no enemies or bosses. It is simply a room with a corridor and a door to the Three Fingers.