See Cathedral of Dragon Communion for a similar location that unlocks more advanced spells. You must go here if you wish to unlock these spells.

The Church of Dragon Communion is found by progressing through Coastal Cave in West Limgrave and exiting from the other side after defeating the boss. [Map Link] 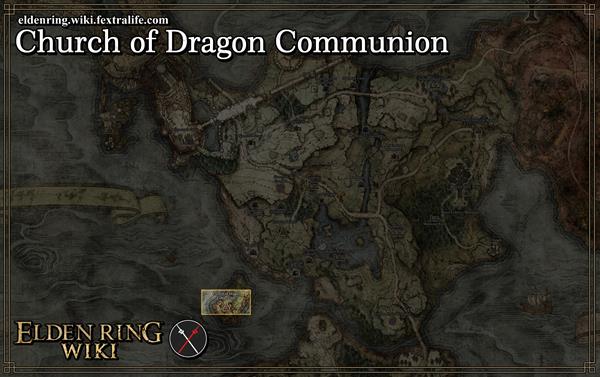 Elden Ring NPCs and Merchants in Church of Dragon Communion

All Items in Elden Ring's Church of Dragon Communion

Walkthrough for Church of Dragon Communion in Elden Ring

You can only access this region by passing through and completing the boss room in Coastal Cave in western Limgrave. There is not much to do at the Church of Dragon's communion, at least until players have faced and defeated Flying Dragon Agheel. Once you have done so, bring the Dragon Heart to this island, and present it at the church's altar at night, to purchase one of three dragon-related Incantations. Dragonclaw, Dragonfire or Dragonmaw. 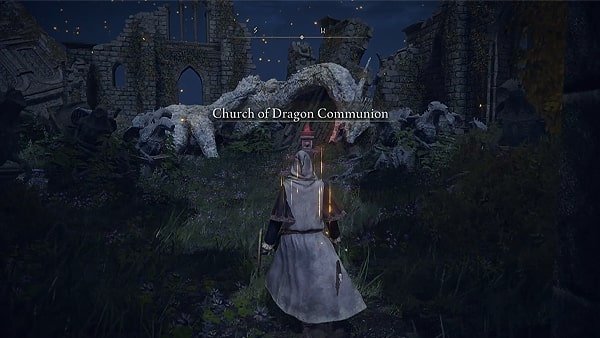 You've now cleared the Coastal Cave, before you continue to leave the Coastal Cave, we suggest that you check out the opposite exit from the boss lair and activate the Church of Dragon Communion Site of Grace so you can easily fast travel here later on. At the moment, you won't be able to commune via the altar since you will need an item to use it. However, you can find a Teardrop Scarab here, walk to the cliffside, southwest, and you'll see the scarab. Kill it to acquire x1 Somber Smithing Stone (1) [Map Coordinates Here]. To obtain Smithing Stone (2) loot the remains towards the southeast corner of the isalnd.Apart from that, you can find some Herba, Rowa Fruit, Mushroom here and there are Guillemot around that you can kill to acquire some materials such as a Flight Pinion or a Four-Toed Fowl Foot. 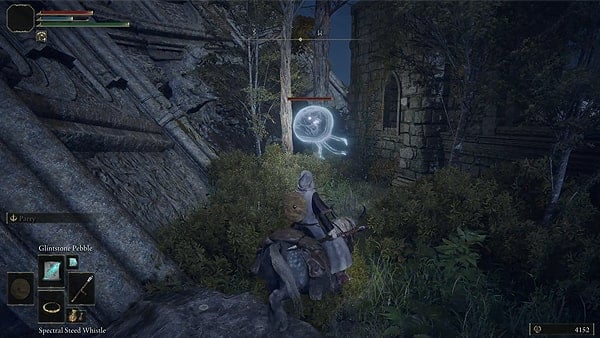 And lastly, if you go around the church, somewhere around the northwest, you'll encounter two Spirit Jellyfish enemies. Kill it, and then use your mount to jump to the top of the ruined walls of the church. At the top, you'll find a corpse that you can loot to find x1 Exalted Flesh. Back on the ground, there's also another corpse by the bushes that you can loot to find x4 Great Dragonfly Head. You've now cleared the area, for now, go ahead and fast travel back to the Coastal Cave site.