Siofra Aqueduct is a Location in Elden Ring. The Siofra Aqueduct is found in Nokron, Eternal City. In order to reach this location, start from the Mimic Tear site of grace in Siofra River and follow the long stone bridge until you are able to get back onto land via a broken section on the left. From here, head north and towards the cliffs to the left of the northern Hallowhorn Grounds. If you see 4 Spirit Jellyfish by the cliffs, you're in the right place. Drop down the cliff edge and follow the slope towards a tunnel in the north. This tunnel leads to the Aqueduct proper.

The Siofra Aqueduct is found north of Hallowhorn Grounds by traversing the cliffs behind it. [Elden Ring Map Link] 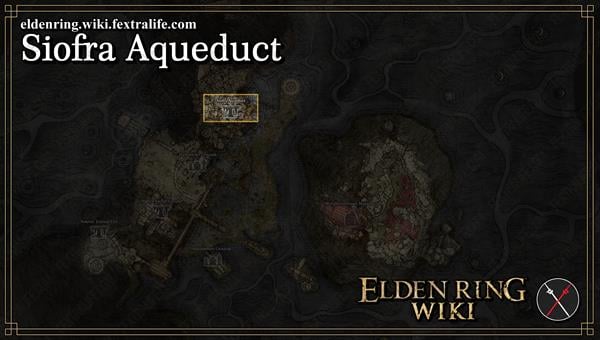 All NPCs and Merchants in Siofra Aqueduct

Very early on in the area, you will encounter a  Lesser Crucible Knight patrolling the corridor below the site of grace. This enemy can be difficult to deal with due to the limited space you're given, although it is possible to cheese him by baiting his flying lunge attack (which he will reliably do upon reaching roughly 50% HP) in a direction which will cause him to fly off the side of the area. Upon his death, he will drop the Crucible Hornshield

After the first Lesser Crucible Knight, there will be another one ahead wielding a spear, gazing out over a sheer drop. It is possible to knock him off the edge using some form of knockback, however he doesn't seem to be hostile and will ignore you unless provoked. Alternatively, you can bait this Knight and make him fly off the edge in the same way as the first one.

After defeating the bosses, Valiant Gargoyle & Vailant Gargoyle (Twinblade), walk to the back of the room and unlock the Great Waterfall Basin site of grace. Rest in the coffin nearby to be transported to Deeproot Depths. 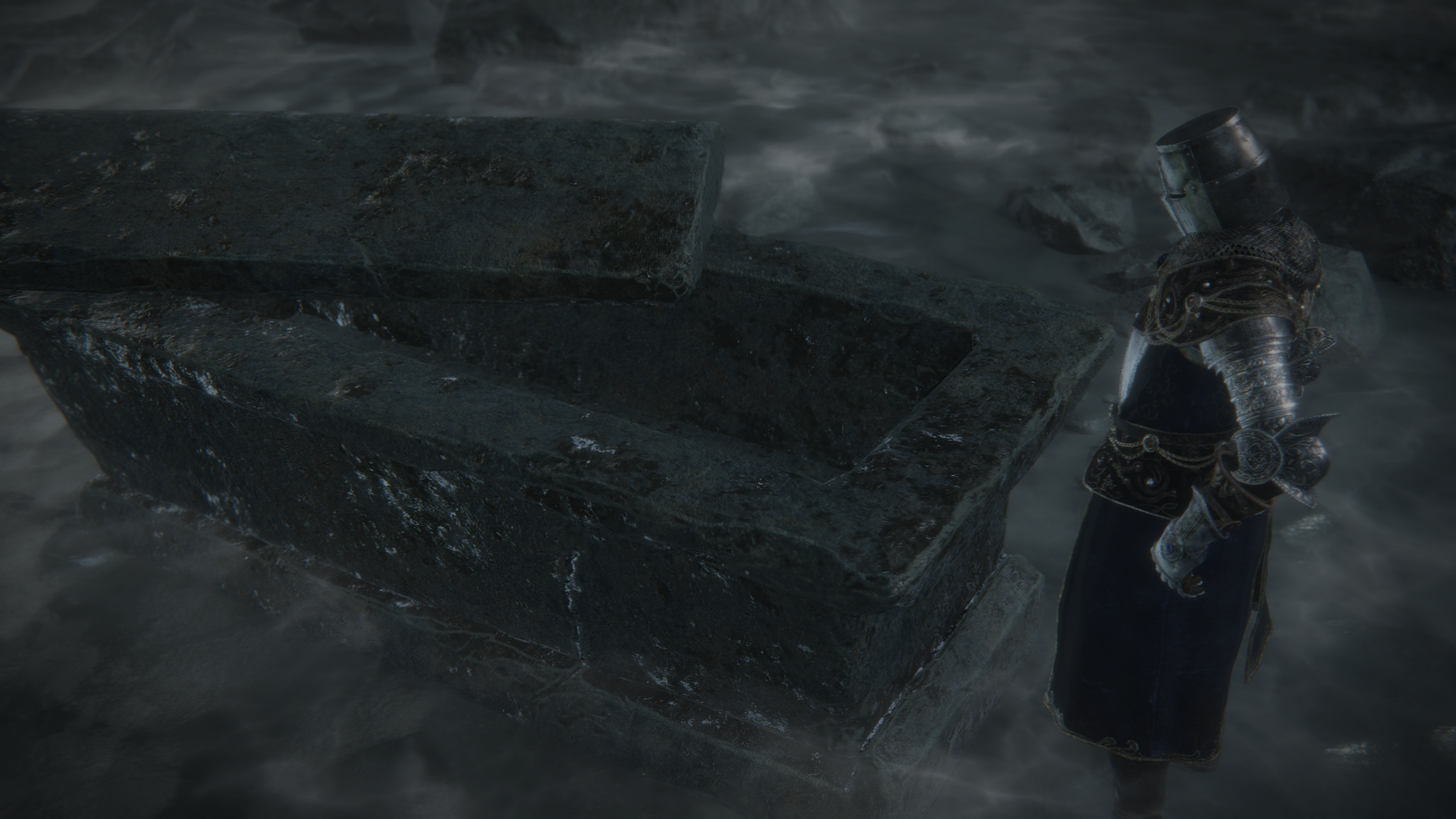 A short cutscene will play upon interacting with the coffin, showing the player character climbing in and the coffin sliding shut.