Found inside the Mohgwyn Dynasty Mausoleum west of Mohgwyn Palace. When entering the mausoleum, keep to your left while following the tunnels and you will find the Imprisoned Merchant sitting at a dead end. See his location on the Elden Ring Map here. 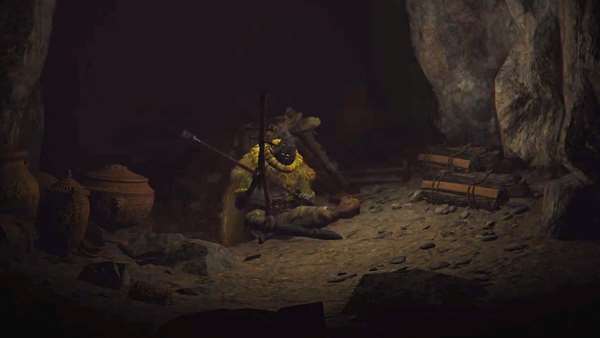