Lion Guardian is an Enemy in Elden Ring. Lion Guardians are aggressive beasts that serve as guard animals, and fight with their sharp claws and a blade attached to their right arm. Once slain, they do not respawn.

Lion Guardian is an Enemy found in various locations.

Where to find Lion Guardian in Elden Ring

The Best Tips for Lion Guardian:

The Lion Guardian is extremely aggressive, and it's likely that you made it to him with a less than ideal Flask count, making it even harder than it should be. Sneak up on him by crouching if you can and get in one good heavy attack or Weapon Skill if you can, and follow it up immediately with another attack or two, since you'll have a second for him to wake up once hit. This should take about a 1/4 of his HP off before the fight really begins.

You need to bait his attacks and wait for openings, but it's difficult because you cannot Block some of his combo chains without being guard broken, so you need to create separation if you can. Use the pillars to do this, and wait for him to do his jump attack when he plunges to the ground, and then wait for the delayed follow up before attacking. This is your best opening, and baiting him until he does this is the safest way to get him, unless you have a Weapon Skill that can AoE through a pillar.

Much like melee, you can sneak up on him for some free damage before the fight begins. Try to keep the pillar between you and cast spells when you can hit him, quickly getting behind the pillar again once cast. You likely will be low on FP Flasks for this fight, so you should plan on doing some melee attacks at the beginning and end of this fight.

Using a Shield in your off-hand can help a lot to Block as needed, just don't Block more than you have to. Try not to use a Spirit Summons as they will die quickly, and they cost a good amount of FP. You will be low, so don't waste it.

Instead of attacking the Lion Guardian yourself, you can instead use the ballistae that are firing on you. Simply aggro the beast, then run back down the ramp through the gate. You may need to head back inside in order to get the Lion Guardian to continue following, as sometimes it will stand at the top of the ramp, pacing back and forth. Once it heads down the ramp, align yourself so you are standing in a line with the beast, so it's in front of you and the ballistae are behind it. You will still need to dodge the bolts, as they can pierce the Lion Guardian and hit you. Three or four ballista bolts will kill the beast in a matter of seconds. This will only work if the soldiers firing the ballistae are left alive, so keep moving in a zig-zag pattern to avoid the shots. 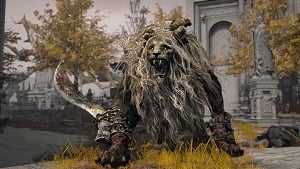 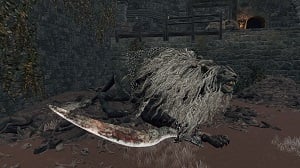 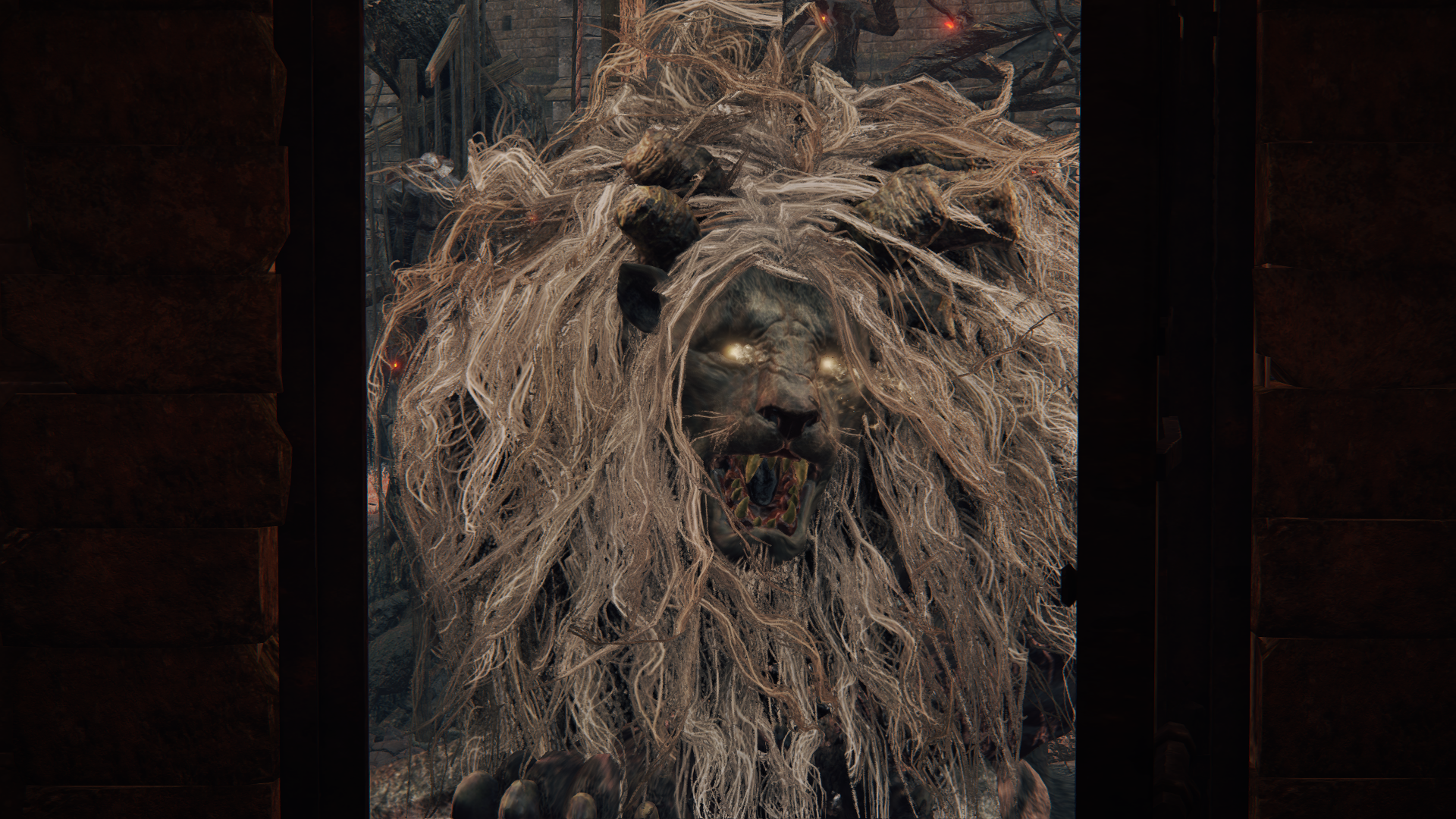