Margit, the Fell Omen is found in Stormhill when players attempt to approach Stormveil Castle. A non-boss variant can be found later again when approaching a stationary enemy slightly southwest of the Outer Wall Battleground Site of Grace in the Capital Outskirts. Margit stands in the Tarnished's way to prevent them from approaching the Elden Ring, though his motivations are only explained in a later encounter.

Where to find Margit, the Fell Omen in Elden Ring

Take the path north from Stormhill Shack and turn left at the fork, curving back south up a hill full of Godrick Soldiers. You'll need to either fight your way through these soldiers or run past them to reach the Castleward Tunnel Site of Grace, which is just in front of the boss door for Margit, the Fell Omen. [Map link]

The Best Tips for Margit, the Fell Omen:

This is an exceptionally difficult fight for melee users, because Margit is extremely aggressive and has somewhat long combos with large wind-ups, making it difficult to block the whole chain of attacks. You'll have to block sparingly, and dodge most of his attacks to maintain enough Stamina to still attack afterwards.

Using the Lone Wolf Ashes you can attack him quickly, along side the wolves' allowing you to break his stance and stagger him for a critical attack. Make sure you keep up the pressure so you can to try to trigger this more often.

Having high HP can allow you to trade hits more easily, and you could try wearing the heavy armor for this fight to help mitigate damage you receive.

Bait his attacks and wait until you are sure he has stopped swinging before attacking, because he can extend certain combos into longer variants if he thinks he can hit you. You'll likely guess wrong a few times, and trade damage, but that's okay.

Look for his leaping hammer attack and roll through it towards him, and get in a shot or two while he's still in the landing animation. Don't be greedy on this Boss, you can rarely attack more than once without trading damage, and you can't do that every time or you will run out of healing.

Consider slotting Ash of War: Bloody Slash , as it comes out rather quick, is long ranged, and can be great as a burst damage option. Though keep in mind that it does take away some health as compensation. You should already have this Ash after following through with Kenneth Haight's questline.

The strategy for Magic and Ranged users is somewhat easier, though Shortbow users may have a harder time due to lower damage and lack of a Shield.

Margit can either be extremely aggressive or not, and there seems to be no in between. If you can keep separation from him until he goes into a "not aggressive" phase, then you can attack him at range fairly easily for a short time, getting some free damage. Just make sure to watch out for his Blade Toss attack, so you don't get hit.

You could try using Glintstone Pebble or Glintstone Stars, as these are incredibly effective and efficient. Their cast times are in the mid-range, so be warned that you'll have to have proper spacing to use them. Additionally, it's not a bad idea to use a Shield in your off-hand to block in case of emergencies or after you cast, in case you cut it too close.

You can use the Lone Wolf Ashes to create a distraction that can allow you to range him down in less than a minute, if you play it right. Wait for the wolves to gain his attention, then unleash spell after spell, making sure to pause when you gain aggro. This gives the wolves time to acquire it once again before continuing your barrage.

FAQ: How do you stun the First Boss Elden ring?

in search of the Elden Ring.

Emboldened by the flame of ambition.

At 60% health:
Well, thou art of passing skill. Warrior blood must truly run in thy veins, Tarnished.

I shall remember thee, Tarnished.

Smouldering with thy meagre flame.

Cower in Fear. Of the Night.

The hands of the Fell Omen shall brook thee no quarter.

Smouldering with thy wretched flame of ambition. 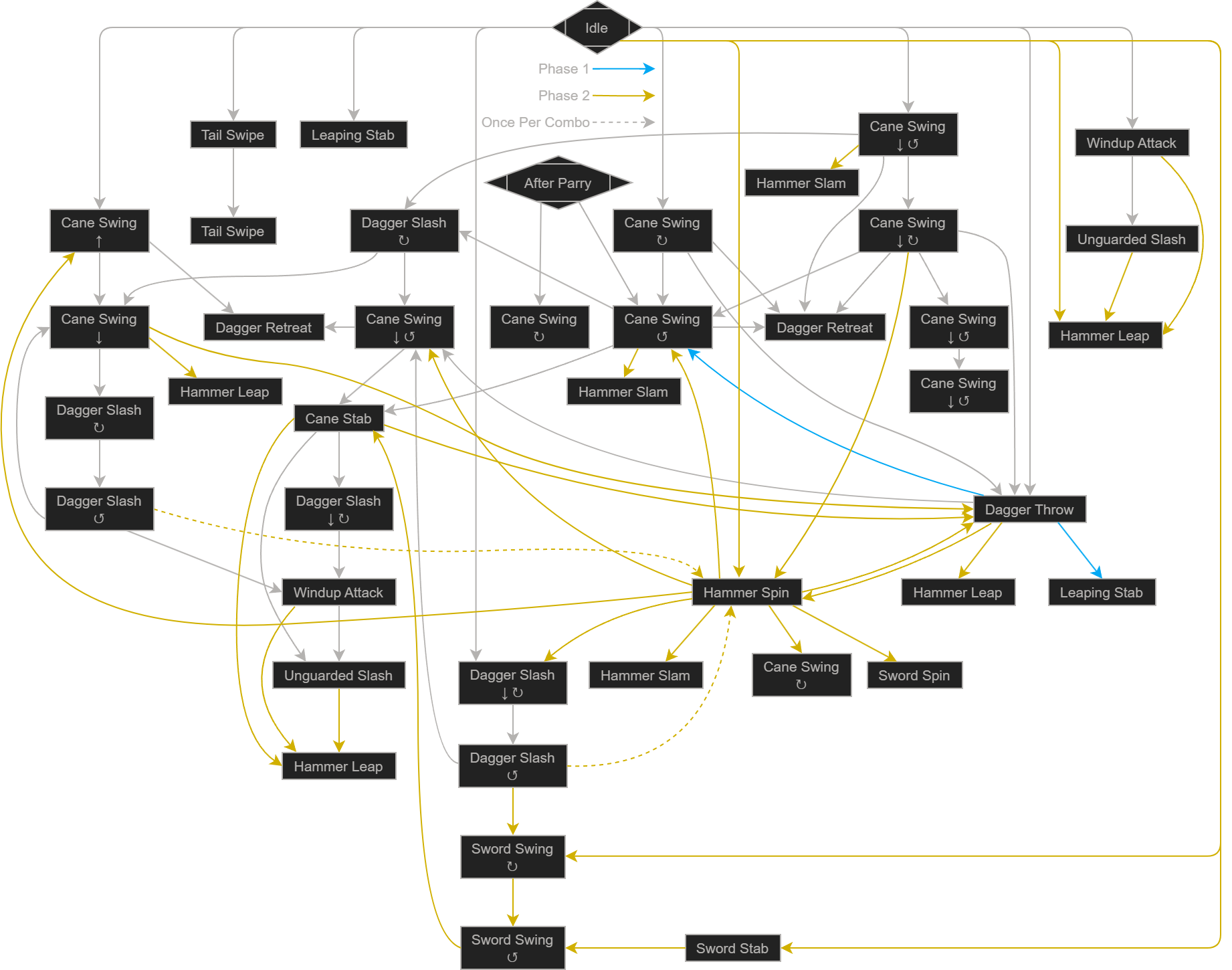 Where to Find Margit, the Fell Omen

From the Outer Wall Battleground Site of Grace, head south onto the battlefield. You'll see a lone Commoner standing still among the pits. When you approach this Commoner he will transform into Margit, the Fell Omen and the fight will begin. [Map Link]

Image Gallery for Margit, the Fell Omen in Elden Ring 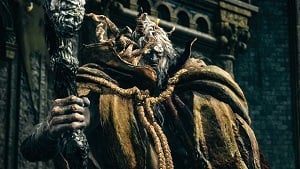 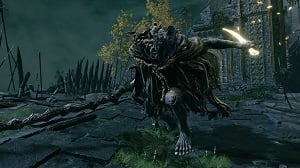 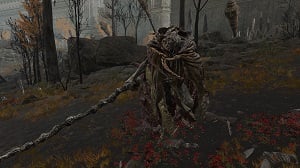