Stance is a hidden enemy-only Stat in Elden Ring. It governs how well an enemy can resist collapsing under your attacks.

See also Poise for the related player-character stat that governs when a player is staggered by incoming attacks. 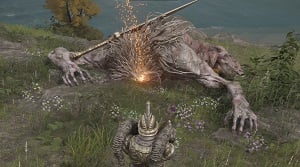 Every attack that hits an enemy deals a certain amount of stance damage. How much stance damage is dealt per hit is hidden from players, and isn't always closely related to the amount of HP the attack removes from the enemy. Once an enemy's total stance damage is higher than their Stance stat, they become stance-broken. This usually renders the enemy vulnerable to a critical hit, making a golden glow appear at a spot on their bodies, where you should stand to deliver the critical hit. Other enemies don't provide a critical hit opportunity and instead have a stance-break animation that will interrupt any attacks they're doing and provide you a chance to get in some free attacks.

After some time taking no damage, an enemy's Stance will begin to recover. Different enemies take varying amounts of time to start recovering, but once they do they all recover their stance damage very quickly. If you're trying to break an enemy's Stance be sure to keep the pressure on. Projectiles like Throwing Daggers can help preserve your damage if the enemy retreats. 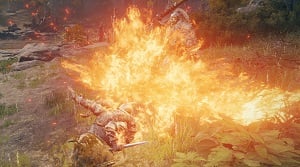 Since stance damage doesn't depend on your character's stats at all, and Skills don't have any stat requirements beyond those of the weapon they're attached to, they're one of the most effective ways to stance-break enemies. 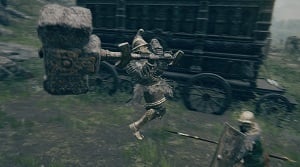 Heavier melee weapons usually inflict more stance damage, and different types of attacks with a given weapon deal different amounts of stance damage. The precise details vary from weapon to weapon (see below for a full table), but in general: 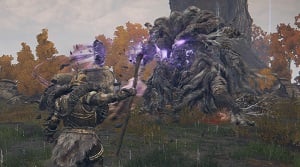 Any spell that deals damage also inflicts stance damage, and some are particularly effective at it: 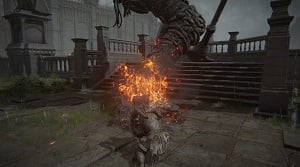 Note: These are averages. A detailed list of poise damage for each weapon and attack can be found .