Staff of the primeval glintstone sorcerer Azur.
Only those who have glimpsed what lies beyond the wisdom of stone may wield it.

Reduces casting time of all sorceries, but consumes additional FP.

Where to Find Azur's Glintstone Staff in Elden Ring

Azur's Glintstone Staff can be found at the following location: 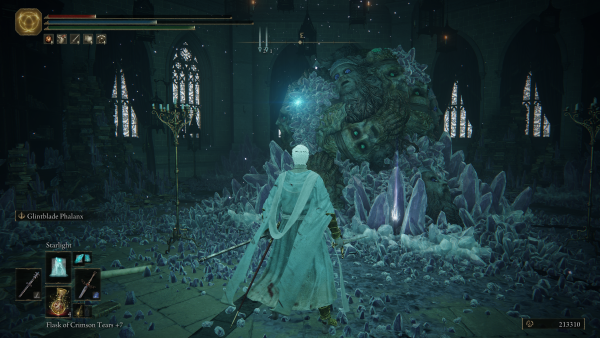 Sorcery Scaling is based on Int stat. The Int of the the character with the staff equipped at the time of posting the Sor Scaling is located in the (Int) to the right of the scaling amount. This will help to give a general idea of what staves are better at various Int levels until MAX is achieved.

This upgrade can be enchanted with Magic or boosted with Consumables. The Sorcery Scaling displayed on this table shows Minimum Requirement and Intelligence 80 as xx-yy.