Omenkiller is a Boss in Elden Ring. This Elden Ring Omenkiller Guide features boss locations, tips, strategies and videos on how to defeat Omenkillers easily, as well as boss stats and lore for the Omenkillers.

Omenkillers wield two serrated swords and may first be found at the Village of the Albinaurics, located in the Liurnia of the Lakes region. They can also be encountered later on within Altus Plains, as the boss of Perfumer's Grotto, and in Mt Gelmir's Volcano Manor. The first Omenkiller was Rollo, a perfumer whose spirit can be summoned for aid in battle by using Omenkiller Rollo Ashes. In ancient times, the horns of an Omen were praised as a sign of divinity, however in the age of the Erdtree, they are signs of impurity. Omenkillers are asigned the gruesome task of severing these horns, even those of Omen children. You may find their cleavers decorated with various Omen horns.

This is an optional boss as players don't have to defeat it to advance in Elden Ring. Omekillers hit quite hard, but are easily staggered. The main move to look out for is Twin Blade Leap where it jumps up and towards the player three times in succession and slams down with both swords after each one. This move may one-shot you if you're not prepared. Dogs may be found resting right outside the arena of some Omenkillers, so keep an eye out. Omenkillers drop the Crucible Knot Talisman, Great Omenkiller Cleaver, or Omenkiller Set when defeated.

The Best Tips for Omenkiller:

The most challenging part of the Omenkiller fight is the environment. Omenkiller does a double slam jump attack three times in a row, that will likelu one-shot light armor wearers, combo medium armor wearers in 2 hits, and instantly stagger all but the strongest shields. If you get caught on some of the junk lying around, you will die. So take some time to really look at the area. You will want to wear enough armor to survive at least one of his double slam jump attacks, while keeping in the medium load range.

Defensively, simply backing up is enough to avoid almost all of his attacks - as long as you don't get caught on the environment. The only one to watch out for is his jump attacks. You can back away from them, and the timing for rolls is not too difficult, but getting tagged by the first or second attack of the combo is usually death. The third attack in the combo has a deceptively long range as well, so be sure and have your shield up even if you think you won't get hit.

Omenkiller uses the fire defensively, so it's fairly easy to back away from. But you should try to push around the outside of the burning patch, because you don't want to get trapped from backing up, and being at mid range can trigger his jump attack.

Omenkiller has relatively low poise, use your strong attack and it should interrupt him. If your weapon's strong attack does not interrupt him, you should try a heavier weapon. Because of this, he is highly susceptible to guard counters, but it's recommended that you back out of the first swing and let the second hit your shield for the counter. Be sure and watch your Hemorrhage meter though, and equip some bleed preventative tools if it builds too fast for you to manage.

Ranged is similar to melee. If you can equip a shield and weapon heavy enough to interrupt Omenkiller with a strong attack, you might find it easier to just fight him in melee. However, note that being near him is dangerous because his blade hits deal a lot of damage and may inflict Hemorrhage. 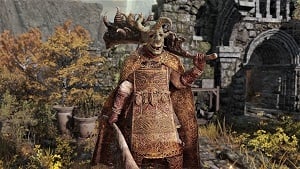 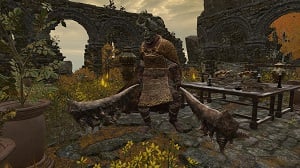 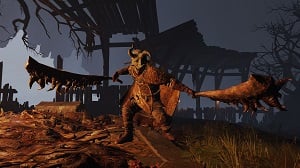 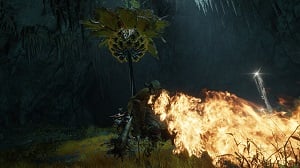 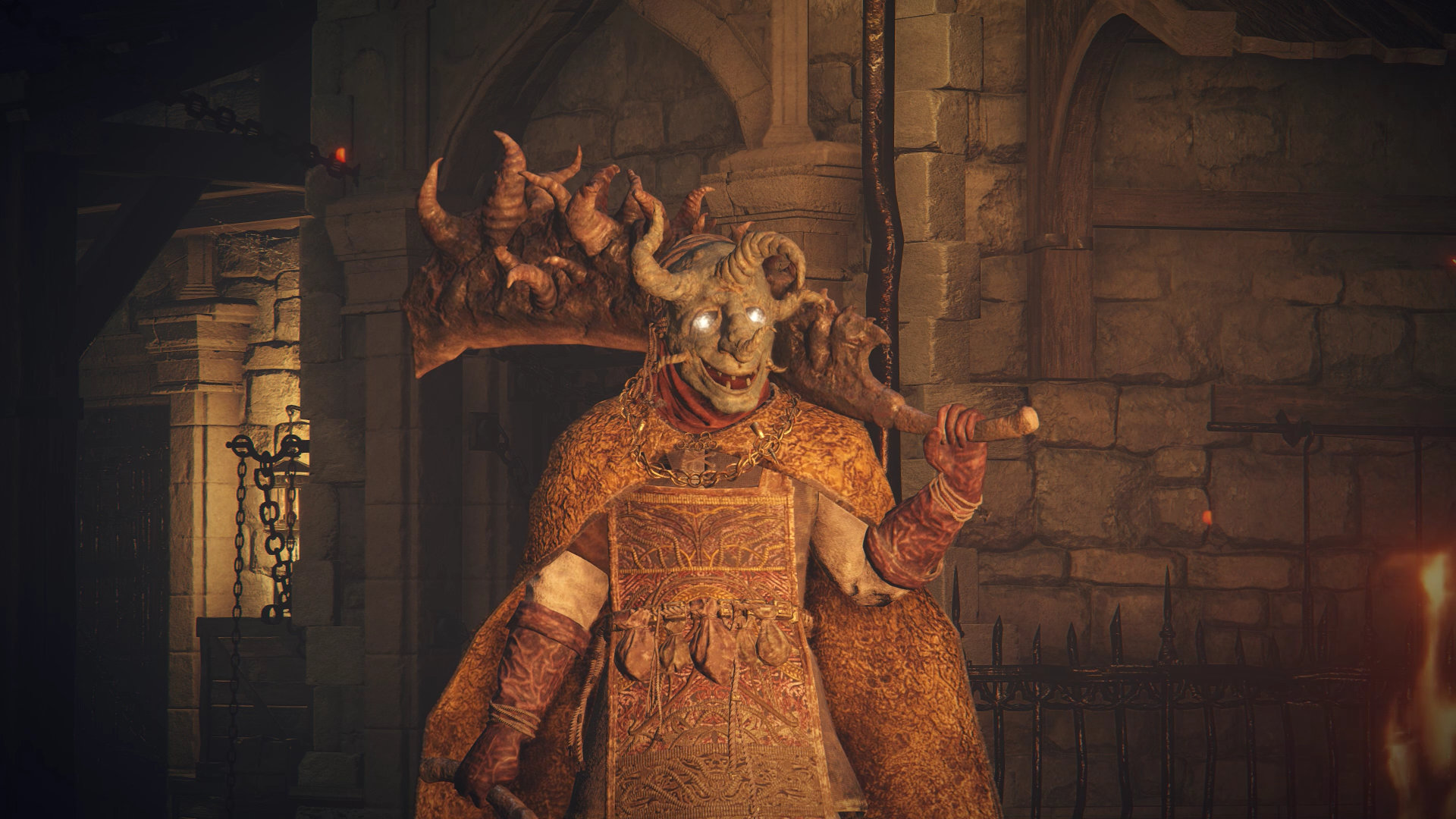