Testu's Rise is a Location in Elden Ring. Testu's Rise is found in Liurnia of the Lakes, on a small isle north of the academy. This tower is accessible on foot or horseback by following the lake's shallows to the isle's rocky shores.

Testu's Rise is on a small isle near the northernmost section of the lakes. [Elden Ring Map Link] 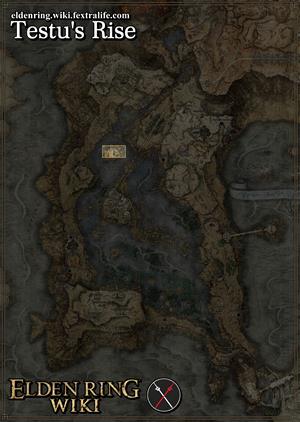 All NPCs and Merchants in Testu's Rise

The entrance to Testu's Rise is initially sealed by a barrier. By the entrance, you will find an imp statue holding a glowing book that asks you to "Seek three wise beasts". 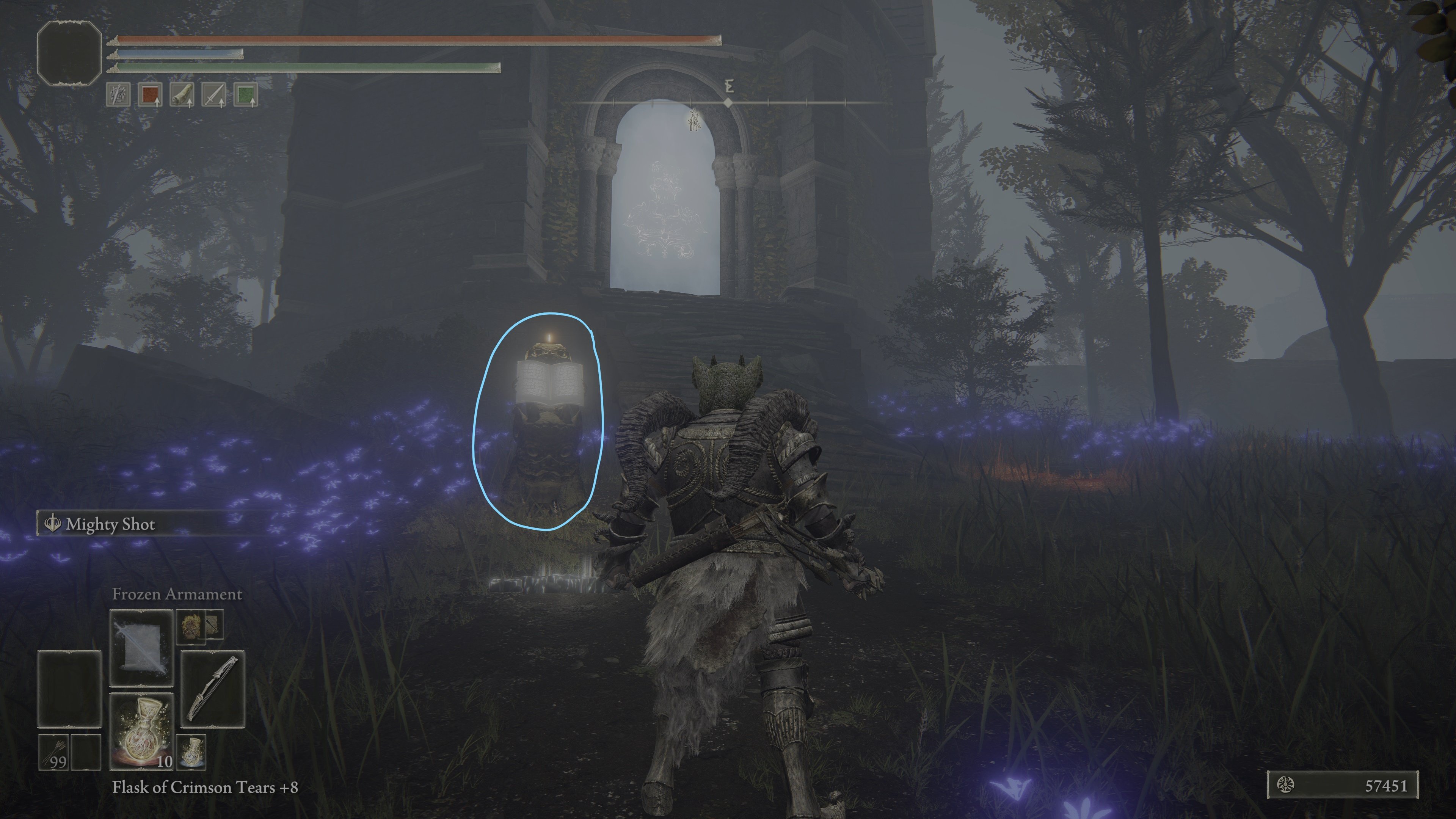 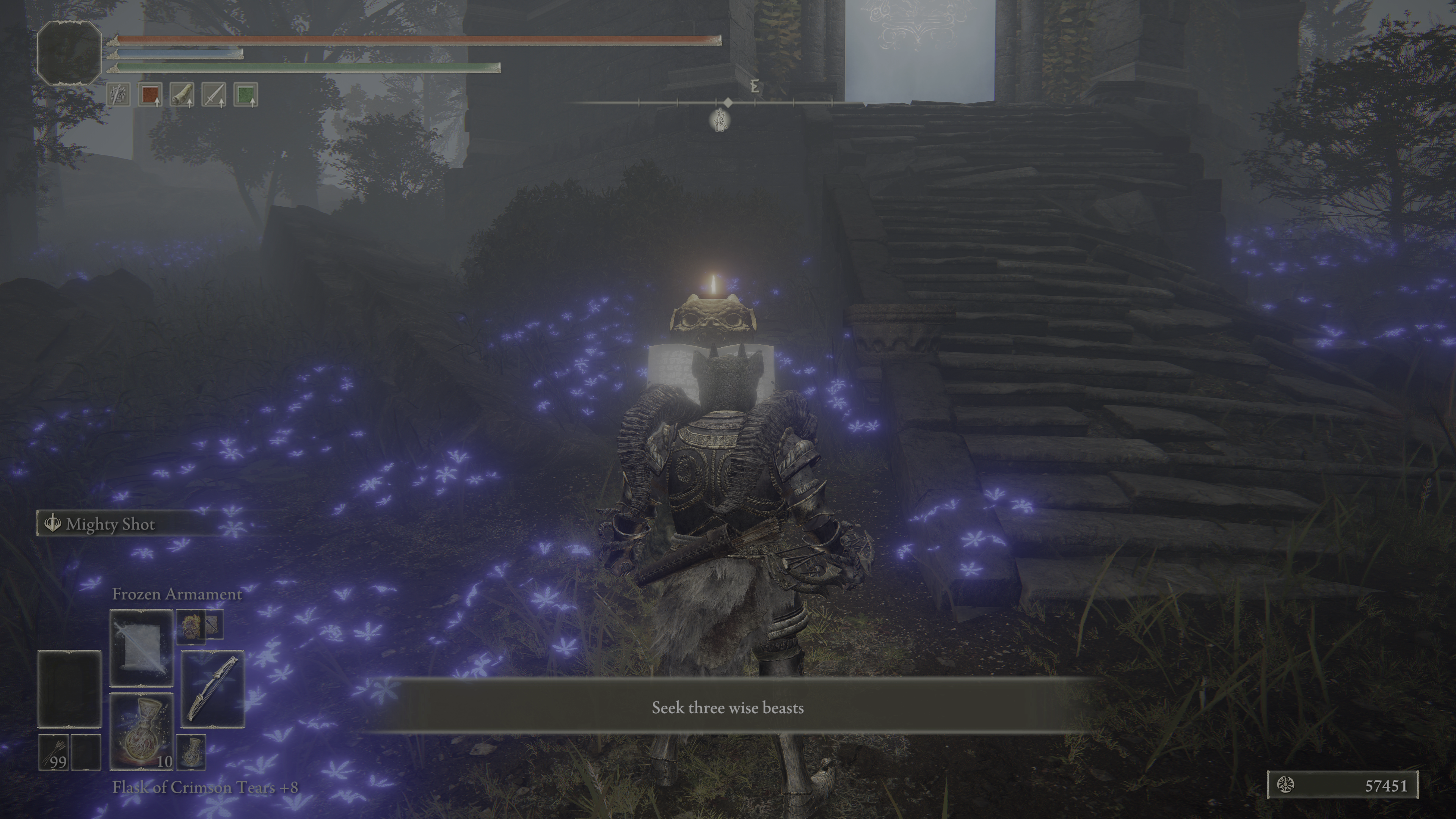 These beasts are represented as Ghostly Tortoises that spawn somewhere in the area. Each Tortoise needs to be found and attacked in order to break parts of the seal. This is the same challenge as the one at Oridys's Rise at the Weeping Peninsula except this time, a large number of Ghostly Skeletons will also spawn to hinder your progress.

If players rest at a Site of Grace before all of the Tortoises are killed, they may have to activate the book statue again to spawn the remaining Tortoise(s).

Once all three Tortoises are killed, players will get a notification that the seal has been broken.

Go back to the now-opened door, and climb up the ladder. 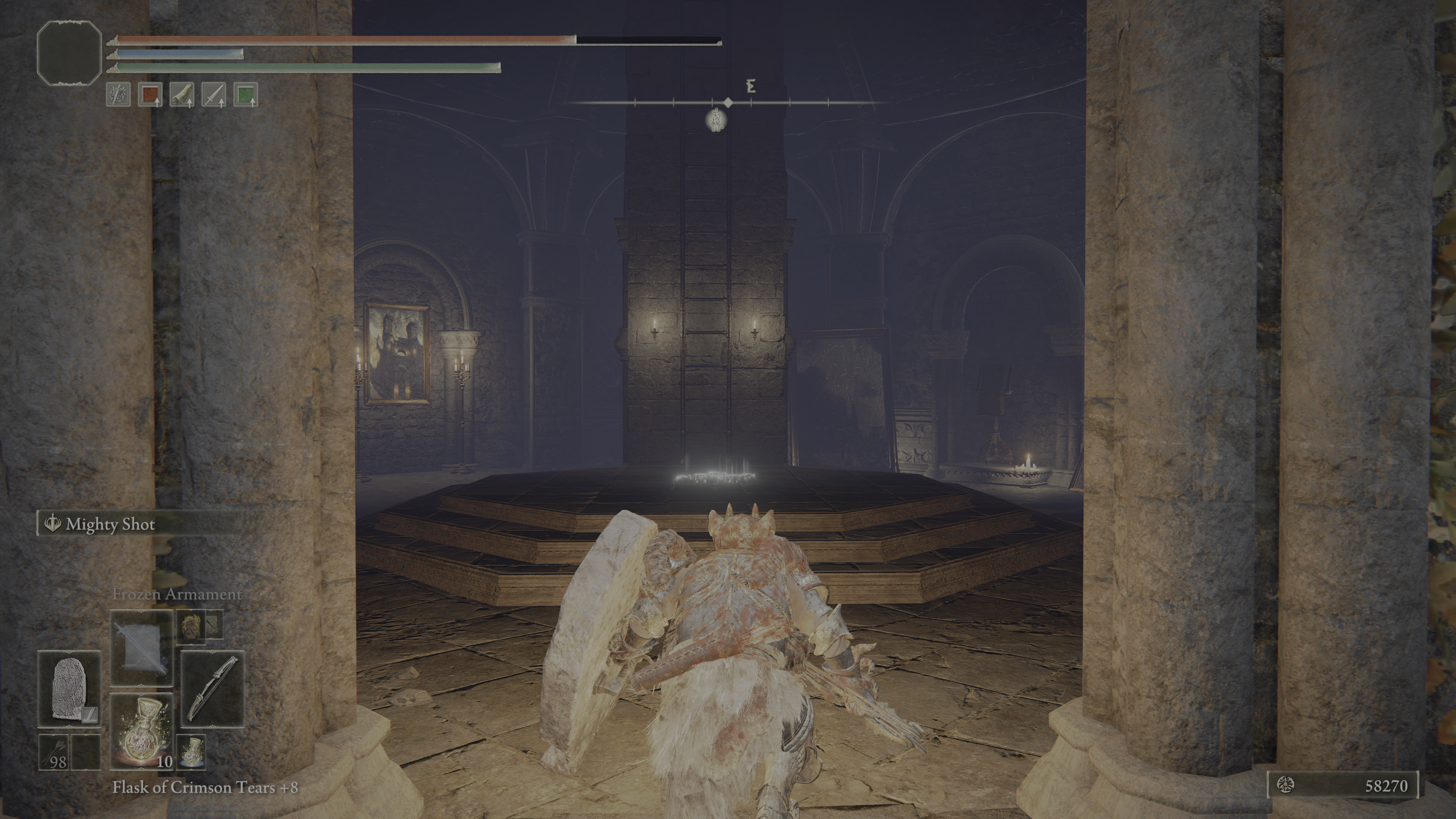 When you reach the top of the ladder, turn right, and proceed up the stairs. You'll see a room with a chest in the middle of it containing a Memory Stone which increases your Memory Slots by one, allowing for the memorization of more Sorceries or Incantations. 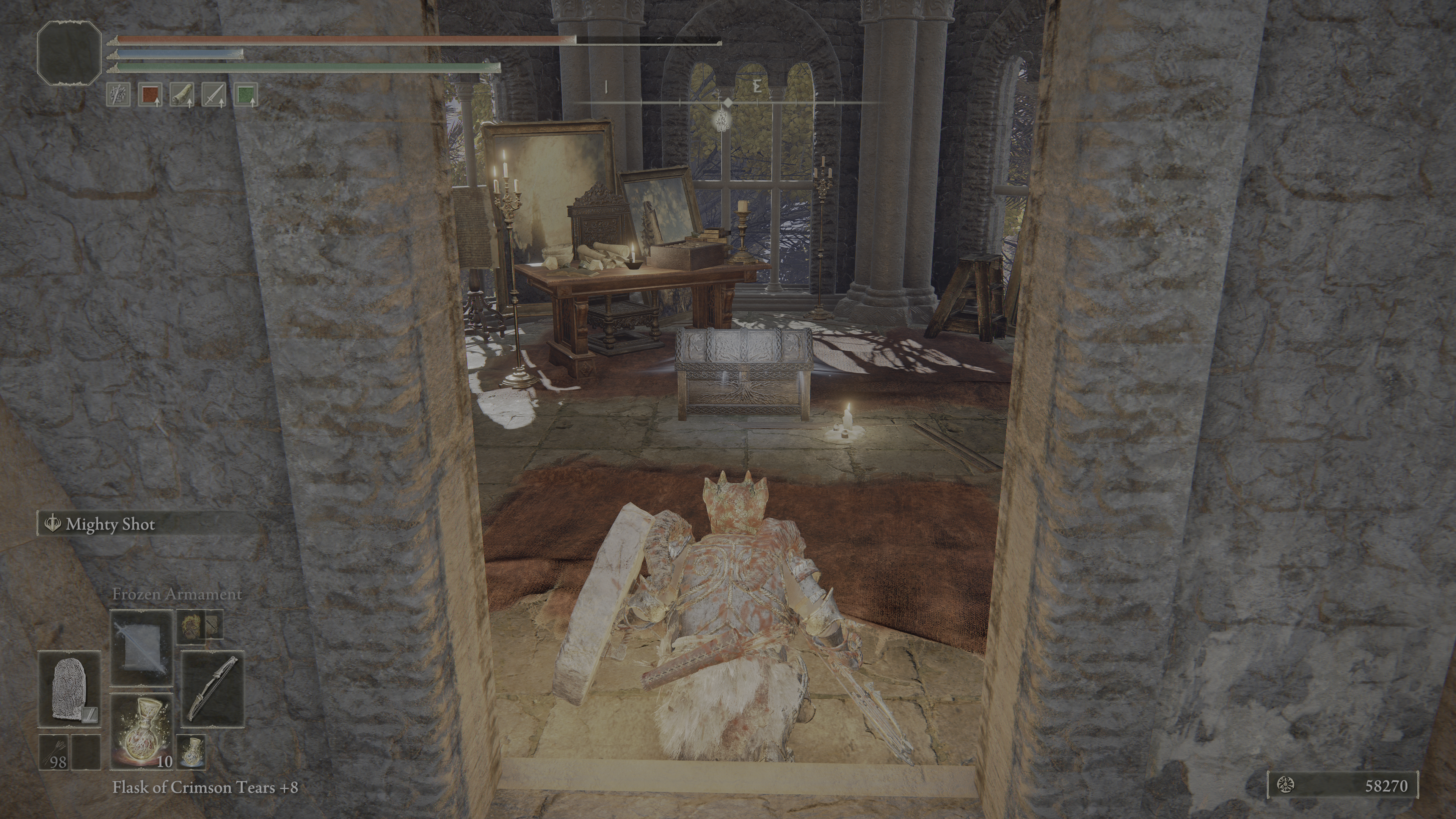