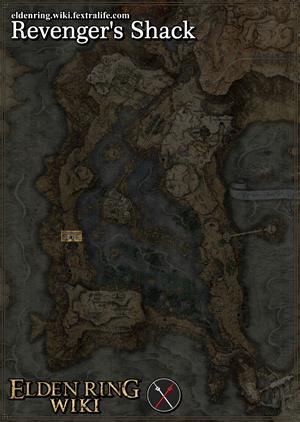 All NPCs and Merchants in Revenger's Shack

Revenger's Shack is a minor location found north of the Minor Erdtree in southwest Liurnia. On your first visit, Edgar the Revenger will invade as soon as you touch the Site of Grace. Edgar is a straightforward fight as his moveset only includes physical attacks and he is easily staggered with magic. Upon defeat, he drops his halberd, a +8 variant of the Banished Knight's Halberd as well as a Shabriri Grape, a Furlcalling Finger Remedy and 5 Raw Meat Dumplings.

Inspecting the 5 corpses inside the shack will give you 5 more Raw Meat Dumplings.